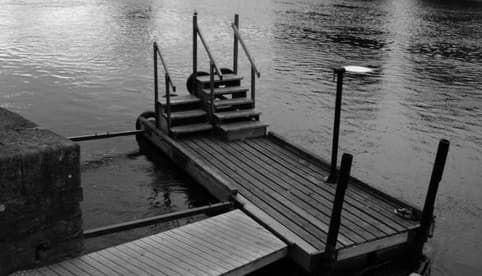 Astrid Anna Emilia Lindgren – Sweden’s national hero! Hugely successful, Lindgren was responsible for creating Pippi Longstocking – a headstrong little girl with carrot coloured hair tied in plaits – one of the feistiest heroines around. When Pippi Longstocking was first published in 1945, it was an instant hit and has since sold 80 million copies worldwide. In 1989 a special theme park was opened in her home town Astrid Lindgren Varld, where there is a recreation of Pippi’s house!

Lykke Li – A singer-songwriter working within the genres of pop, indie rock and electronic music, her vocals range to soprano and her songs creatively encompass the use of violins, synths, cellos, trumpets, saxophones and tambourines. Her debut album ‘Youth Novels’ was released in 2008 to great acclaim while her follow up album, ‘Wounded Rhymes’, has appeared on several lists of 2011’s best albums – including Q, Mojo and The New York Times. Lykke Li also recently announced the start of what could be an equally successful modelling career.

Robyn – An artist who burst onto the International music scene in 2005 with the massively popular hit ‘With Every Heartbeat’, Robyn has been churning out electro pop hits since 1997.  The star’s lively sound effectively bridges the divide between electronica and pop and her latest album ‘Body Talk’, released in 2010, is proof that she is certainly an artist for the dance scene with much left to offer.

Luciadagen (Lucia Day) – Lucia Day, held in Stockholm is one of Sweden’s best-known festivals and is typically celebrated on the 13th December, in the heart of winter darkness. In traditional celebrations, Saint Lucy comes as a young woman with lights and sweets. It is one of the few saint days observed in Scandinavia. All over Sweden, a procession of singers, dressed in white with full- length chemises with red ribbons around their waists, are led by a woman dressed as Lucia, with a crown of lit candles on her head.

Kanelbullar (cinnamon buns) – This delicacy is omnipresent throughout Sweden and these little delights can even be found freshly-baked at petrol stations. They are such a popular delicacy that there is even a National Kanelbullar Day! The Swedish bun differs to the American ones by being smaller, slightly dryer and less sticky as they are sprinkled with sugar pearls rather than frosting.

Kotbullar (Swedish meatballs) – These are an all year-round delicacy in Swedish households and restaurants. Most commonly served with a sauce, boiled potatoes, lingonberries, and a plain salad, they are also a mainstay of the Swedish Christmas table.

Fika (coffee break) – It is the norm in Sweden to invite friends to fika for a few hours during the day – but fika is also a break between seminars and lectures at university. But do not fear, going for fika doesn’t equate to compulsory coffee drinking – you can have the traditional English cup of tea too!

Rolling The Dice: Board Game To Screen Adaptations