Telltale signs that you are turning into a Hipster

From the Editors’ Desk

I’ve recently been taking a lot of stick from people.  There is nothing particularly new about that – it’s part of the territory that comes with being the editor of Impact and also a bit of an arsehole. No, the problem runs deeper than that.  Say it quietly, but people have been calling me a hipster.

Now, I wasn’t entirely sure what being a hipster entailed.  In the interests of journalistic integrity (well, curiosity), I emailed a friend who works in the music industry for a definitive answer.  It was as follows:

“Skinny jeans, pretentious hats; ‘I was listening to that band before they were even a band’; ridiculous facial hair (men), ridiculous dip dyes (girls); fixed gear bicycles… they worship Vice magazine and their lives revolve around Shoreditch.  They don’t have any glasses in their flat as they drink out of jam jars.”

That only partially sounded like me.  After all, I can’t afford to buy a load of jam jars.  I decided to take a look in the mirror and examine further:

I also wear thick-framed glasses – the dreaded symbol of the hipster gent.  I suppose that actually needing to wear them and buying a pair in homage to the great Jarvis Cocker isn’t an excuse?  No? 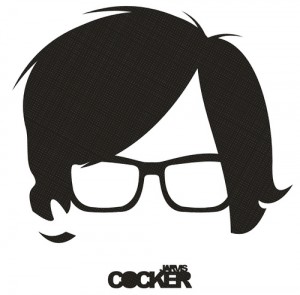 On a plus side, I did try on a pair of skinny jeans in Topman once.  I couldn’t get them over my thighs.

A quick look at my music collection serves to tell me if I’m turning into a tosser.  Turns out that I am.  I can’t even pronounce the names of half of the bands on my iTunes.

My Spotify is even worse.  Icelandic/German/Portland electronic/ambient/post-rock groups run riot over my starred music.  I’d list some, but you’ve probably never heard of them.

When November came around, I assured myself that the moustache was for charity and that I would be raising money for a good cause.  I was so convinced that it was ironic.  Now I’m not so sure.

I’ve even caught myself using #speak in a ~post-ironic manner (that is to say, not ironic at all). 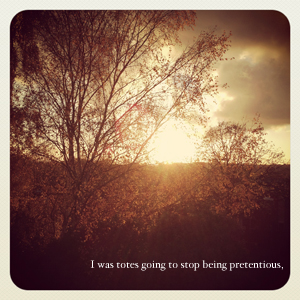 I will stop doing it soon.  Maybs.

So far, so not very good.  It’s fine, I can always eschew my Macbook, my Spotify and my weird Scandanavian music.  Instead I can write this article up on my typewriter, while sitting in my wingback leather chair and listening to Fleetwood Mac on my record player.  Because that’s not hipster at all.

Okay, so maybe I am turning into a hipster.  What of it?  I’m blates #takingitinmystride.  After all, I’m pretty sure I started being a hipster before the rest of those posers did.