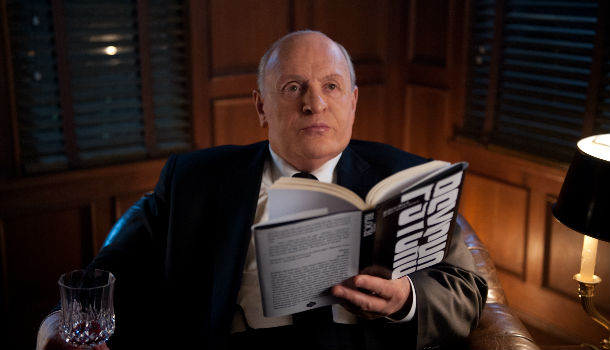 In 2008, Vanity Fair commissioned a photoshoot consisting of reenactments of famous scenes from the films of Alfred Hitchock, replacing the original stars with their modern day counterparts. The set is highly intriguing with a great attention to detail but is limited by the medium to stir any emotion. Sacha Gervasi’s Hitchcock provides an interesting comparison: At first glance, both works are aesthetically pleasing, but any attempt to delve beneath the surface exposes them as vacuous recreations of reality.

The problems with Hitchcock begin at the script level. Screenwriter John J. McLaughlin seems conflicted over which story to tell, and as a result feels as though it has no story at all. The book on which it’s based, Alfred Hitchcock and the Making of Psycho by Stephen Rebello, firmly kept its focus on just that, the making of Hitchcock’s most courageous endeavour. This is readily cast aside to make room for a lacklustre subplot of Hitchcock’s rocky relationship with his wife Alma Reville and an attempt to probe the inner recesses of Hitch’s mind in an attempt to reveal him as more depraved than Norman Bates. 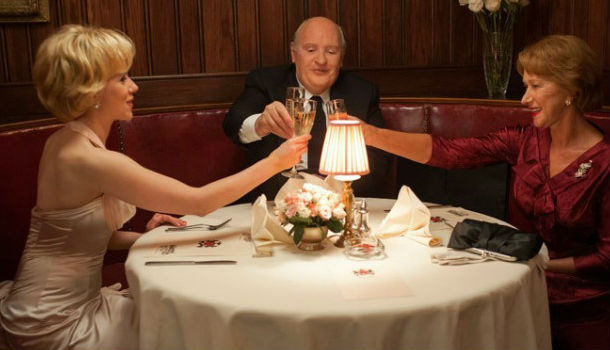 As one of my all time favourites, I was eager for insights into the making of Psycho, in particular the elaborate and numerous camera set-ups that made the shower scene so memorable and nightmarish for audiences and censors. Sadly, such behind-the-scenes glimpses are few and far between, leaving little of interest.

Gervasi and McLaughlin are happy to present the legend of Hitchock, rather than Hitchcock himself.

The Social Network was criticised for its unforgiving representation of Mark Zuckerberg, a representation that is likely to haunt him for the rest of his life. Well, at least Gervasi has waited until Hitch has long since passed, but I do fear his depiction in Hitchcock may leave a lasting blemish on his legacy. Gervasi and McLaughlin are happy to present the legend of Hitchock, rather than Hitchcock himself. He certainly had a mind that would keep Freud busy for a lifetime, and his infatuations with his leading ladies is common knowledge, but I remain sceptical as to whether he was as sleazy and unsavoury as Hitchcock portrays.

The recurring sequences inside Hitchcock’s mind in which he converses with serial killer and Psycho inspiration, Ed Gein, are equally offensive. Hitchcock makes the curious suggestion that he may have even had the capacity for murder, and goes as far as to hint he could have bumped off his wife. These interludes could be somewhat interesting, were it not at the expense of a more fascinating and less speculative story that could have been told. 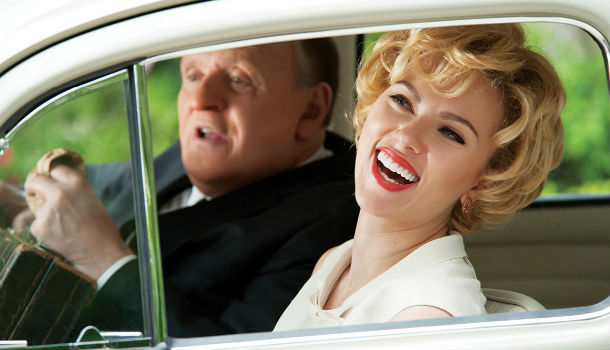 In true ‘Master of Suspense’ style I’ve withheld what you really want to know: the performances. The lack of an Academy Award nomination for Anthony Hopkins in the titular role gives some indication of the quality of his performance. Much like the screenplay, Hopkins portrays a caricature of the great director, emphasising his minor mannerisms to a frustrating level, his exaggerated enunciation of every word quickly became tiresome.

More praise can be given to Helen Mirren as Alma who adds a much needed shot of reality. Hitchcock also co-stars Scarlett Johansson (radiant as ever) as Psycho leading lady Janet Leigh accompanied by James D’Arcy as Anthony Perkins, who would likely receive much attention for his effeminate yet restrained performance had it been in a greater film and had he been given more screen time.

There’s a masterpiece about the great director waiting to be made, sadly this isn’t it.

After five paragraphs, it may seem Hitchcock is bound for a one-star review, but I should clarify that its by no means bad. My disappointment stems from high expectations and a love of all things Hitch. Hitchcock revels in its mediocrity but managed to hold my attention. There’s a masterpiece about the great director waiting to be made, sadly this isn’t it.