In the wake of Argo becoming the 85th recipient of Best Picture statuette at this year’s Academy Awards, we asked our writers to pick their favourite winner from ceremonies past.

It’s difficult to imagine the modern rom-com vying for the top honour, never mind sweeping the top five. Well, that’s just what director Frank Capra, stars Clark Gable & Claudette Colbert and screenwriter Robert Rifkin did at the 1935 ceremony, and deservedly so. The plot of a spoiled heiress and a down-on-his-luck reporter hitchhiking across the U.S is timeless, but its place in film history is where it’s most interesting.

It Happened One Night was among the first films to adhere to the stringent Hay’s Code which forbade ‘scenes of passion’ as well as other absurd restrictions. Against all odds, such restrictions worked in its favour. The central love story maintains a sweet innocence which we rarely see today. For me, It Happened One Night is the most entertaining of all Best Picture winners, its a wholesome form of comedy that doesn’t play anymore, it’s endearing to both adults and children alike. For those unfamiliar with 1930s cinema, this is a great place to start. 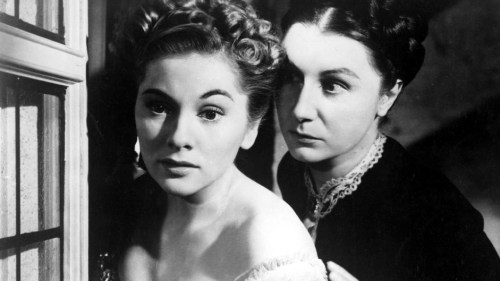 Overlooking such a milestone in cinema would be an unrepentable sin. Rebecca was Hitchock’s first production with our cousins across the pond.  Hitchcock manipulates du Maurier’s cult novel perfectly into a dark and gothic psychological tale that keeps you on the edge of your seat throughout. Sir Laurence Olivier portrays the troubled Maxim de Winter magnificently. Judith Anderson is frighteningly unsettling as governess, Mrs Danvers. While her character’s power-struggle with Joan Fontaine is of a tension that could only be cut with a machete.

The picture is beautiful and can effortless trump the majority of cinematic works today. Every shot and every frame is meticulously arranged. The lighting is purely captivating in the way Hitchcock drenches the frames with crisp shadows. Shots are composed of powerful combinations of darkness and sharp illumination. Who needs the technological innovations of HD Cam when the prowess of 35mm can be so masterfully used? 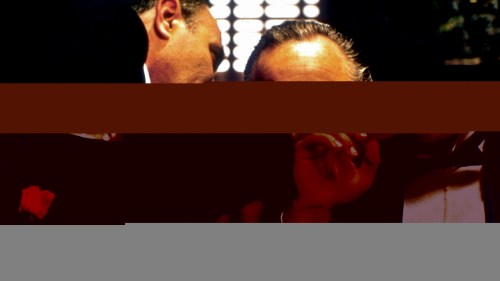 Any misgivings that people have about the Oscars are to a certain extent mitigated by the fact they awarded what is consensually acknowledged as the best film ever made with the Best Picture in 1972. Citizen Kane may have been embargoed out of the ceremony and Vertigo was cruelly ignored – much like most of Hitchcock’s work.

I’m not going to attempt to add anything to the 5,354,863,764 (all figures approximate) previous declarations of why The Godfather is the greatest film ever made, so I’ll just say this: If you haven’t seen it then you’re missing out on what is one of the purest forms of cinematic genius on exhibit, however, my words are feeble and fall short. All I can say is that – on one of those few occasions – the Oscars got it right. 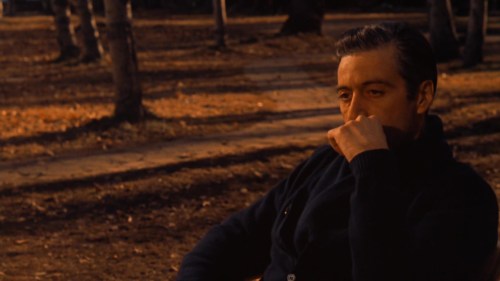 The Godfather Part II stands out as a Best Picture winner not only due to it being one of few sequels to have won the award, but that it was also able to stand toe-to-toe with its award winning prequel. The feel of Godfather Part II is so much heavier than the original, showing that the decay of an empire is just as interesting as the rise of it, and that characters become the most interesting when the walls are closing in. It is similar to both The Empire Strikes Back and The Dark Knight in this regard, both stand-out sequels in their own right. Godfather Part II easily stands amongst them, if not surpasses them in becoming a piece of cinematic history. 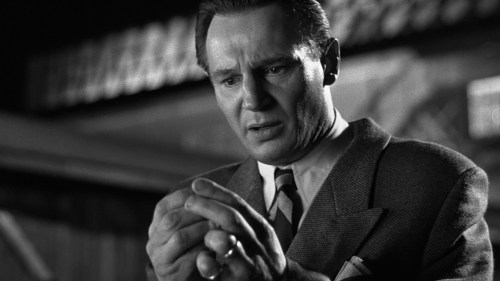 Steven Spielberg has had a long and varied career and his experiences at the Oscars have been no different. From the sublime Saving Private Ryan, the saccharine War Horse, all the way to the divisive Lincoln, Spielberg has amassed an impressive record with the Academy. But it is his work on Schindler’s List, his only Best Picture winner to date, that stands out as his masterpiece.

Schindler’s List chronicles the real-life work of Oskar Schindler, a German businessman who saved the lives of thousands of Jewish Poles from the Holocaust by employing them in his factory. The cinematic adaptation is a poignant tribute. Filmed almost entirely in black-and-white, it mixes Spielberg at his best with a masterful cast. With elements like the Girl in the Red Coat and its additionally haunting score, Schindler’s List is like its namesake – absolutely unforgettable.

There is something almost indescribably invigorating about watching the motion picture embodiment of innocence endure and prevail through instances of adversity in American history and personal grief, and for this embodiment to still not even realise his own strength and accomplishments. Arguably Tom Hanks’ career defining performance in Forrest Gump has to be the greatest of Best Picture winners, at least in our lifetime.

Its parodied moments in popular culture only pay homage to the cultural and influential significance that the epic drama film encapsulates. After watching the film, you become retrospective and begin to question your own life achievements, which do not parallel with the phenomenal success (no offence) of this iconic and memorable work of fiction, nor the brilliant work of the cast and crew. Despite stiff competition from Pulp Fiction and The Shawshank Redemption, Forrest Gump’s triumphant Academy-Award victory for Best Picture in 1994 certainly was, from my perspective, more than well deserved. 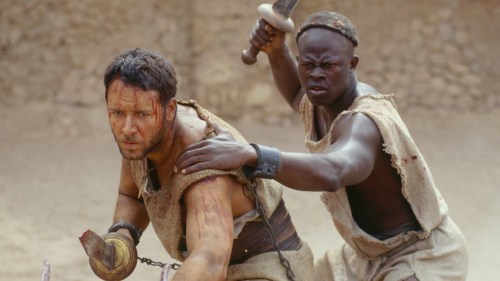 At the turn of the 21st century the Oscars truly needed an ambitious motion picture, after the disastrous previous selections of Shakespeare in Love and Titanic. Gladiator, the epic tour de force by Ridley Scott, features a more zealous and athletic Russell Crowe who becomes a revered gladiator after being betrayed by Commodus, portrayed by the power-usurping Joaquin Phoenix.

Gladiator deserved Best Picture as the strikingly graphic gladiator scenes really capture the Roman age, whilst the recent developments in CGI captured the omnipotence of the Roman Empire. Though the story line is essentially about the revenge of a broken man, arguably too simple to be Oscar worthy, this ease of plot gives Scott plenty of room to manoeuvre and helps contribute towards the “epic genre,” which can too often fall short of expectations, such as Wolfgang Petersen’s Troy. 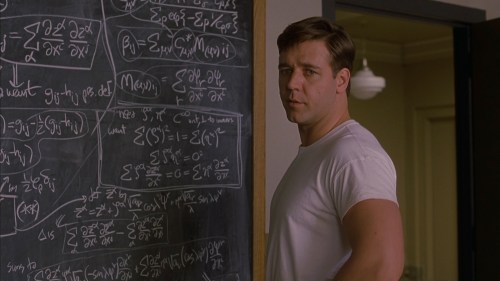 Ron Howard’s A Beautiful Mind is a masterful exploration of exceptional mind of John Nash, played by the exceptional Russell Crowe. It should be no surprise that both film and director were handsomely rewarded at the 2002 Academy Awards. Crowe produces a heart-wrenching rendition of the tortured Nash throughout the film, which delves into the complexity of the human mind, but does so with an abundance of heart. Paul Bettany and Jennifer Connelly also produce equally stunning performances, with the latter receiving the Academy Award for Best Actress in a Supporting Role.

For those who’ve yet to see A Beautiful Mind,  this extremely delicate but fabulous plot which explores the capabilities of our mind to play games with us,  will certainly stimulate the sense of indignation, misery, and happiness, possibly and probably simultaneously. But most of all, you will come to realise that the true powers of our minds are really, truly, quite beautiful. 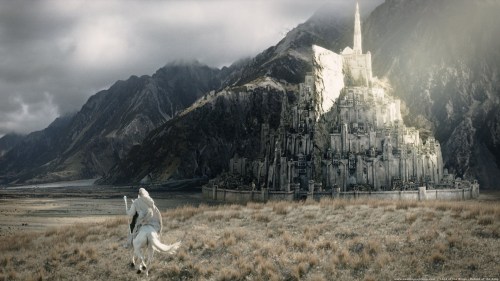 The board is set. The pieces are moving. In the entire history of the Oscars, the only pure fantasy film to ever win Best Picture is The Return of the King, the final third in Peter Jackson’s The Lord of the Rings trilogy. No other director could have done it better; it’s a film of awesome proportions that gives Tolkien’s book the justice it deserves.

Remember when the ring is finally destroyed and Sauron implodes and Barad-dur crumbles? Or the lighting of the beacons? The battle of the Pelennor Fields or the march on the Black Gate?  There are so many scenes in this film that deserve a mention; there are those that would say that there are too many, but no, The Return of the King can never be too long. It’s a classic. 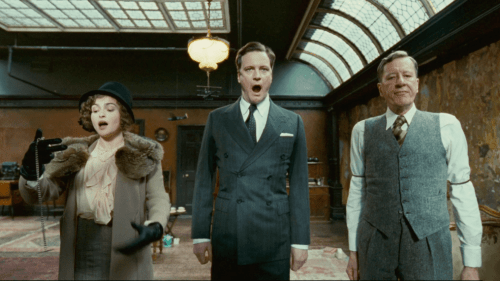 Although some questioned the relevance of The King’s Speech, it remains a fantastic example of the old-fashioned British historical drama. Despite the majority of people praising Colin Firth as stammering monarch King George VI, for me it’s Geoffrey Rush who is the standout performer. His wonderfully subtle turn as Australian speech therapist Lionel Logue, who helps the King overcome his affliction, is mesmerising to watch. It centres on how these two personalities play off each other, and it is this which is done with real skill.

However, The King’s Speech’s status as an immersive crowd-pleaser is what cements it as a great film. Making this an Oscar winner in a more populist, yet very welcome sense. At its heart, it concerns something inspirational – triumphing against the odds. It is unafraid to wear its heart on its sleeve and involve its audience emotionally. Long live plaudits for this sort of film – because it deserves every accolade it received.