The Wheel of Sportune is back to run the rule over a weekend jam-packed with sporting achievement and humiliating failure. Who will the hand of fate land on today?

Warren Gatland – In a sense, one feels that the Lions coach would rather Saracens had produced a typically efficient performance to deliver a Heineken Cup victory over Toulon on Sunday, guided by the unnerving boot of Owen Farrell. It would have made it much easier to leave the ageing Jonny Wilkinson at home, for starters, and justified his stated choice of taking only two specialist fly-halves. But Wilkinson produced a performance reminiscent of his 1999-2003 peak. It was controlled, efficient, deadly, and will allow Gatland to pick the Toulon half-back, alongside perennial Gatland favourite Gethin Jenkins and the Armitage brothers, without a great deal of criticism. A classy moment following Wilkinson’s masterful drop-goal confirmed the class of the man.

Billy Horschel – Three weeks ago the 26-year old admitted that “everything felt like Jell-O” whilst leading his last round at the Valero Texas Open. Having also been in condition the week before at the Houston Open, doubts began to circulate about his nerve when in contention. A highly impressive final round at the Zurich Classic, including a run of six birdies in a row, put paid to these and more victories should follow. A highly talented golfer although doubts remain about his mentality.

British NFL Representation – Manchester-born Menelik Watson and ex-Olympian Lawrence Okeye were both drafted to the NFL, to play for Oakland Raiders and San Francisco 49ers respectively. Watson’s rise is particularly incredible – as a youngster he ate free sachets of ketchup to survive. He can probably afford to do a Sainsburys shop these days. 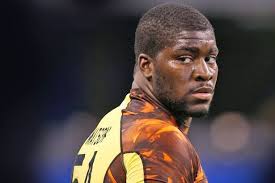 Marcello Trotta­ – At 0-0 in the 94th minute in the League One promotion decider, the on-loan Brentford striker snatched the ball from designated penalty-taker Kevin O’Connor and placed the ball on the spot. Score, and the Bees taste promotion to the second tier for the first time since 1992. Miss, and Doncaster are promoted. Trotta smashed his shot onto the bar, and Rovers broke to the opposite end to seal the victory, with the Italian as the pantomime villain.

PSG –Nasty clashes after the final whistle overshadowed a win which all but sealed the Parisians first title for nine years, after David Beckham was sent off after coming on as a second-half substitute. Italian midfielder Marco Verratti was earlier dismissed alongside coach Claude Makelele, and goalkeeper Salvatore Sirigu could face a lengthy ban after a post-match scuffle with Evian player Saber Khalifa. Not a great day at the office. 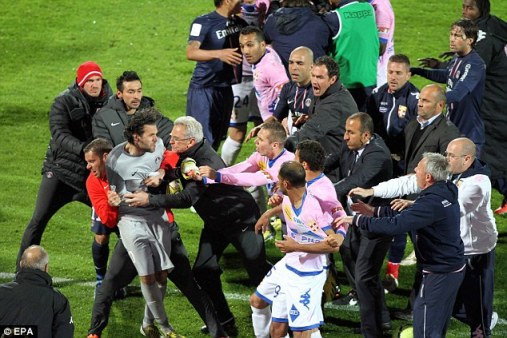 Robin Van Persie – Despite converting a penalty to rescue a draw for Man United, Van Perise suffered a rather ignominious weekend. First he almost walked into the wrong dressing on his return to the Emirates, before being roundly booed by Arsenal fans and conceding possession for the Arsenal opener. A parting gift, perhaps.