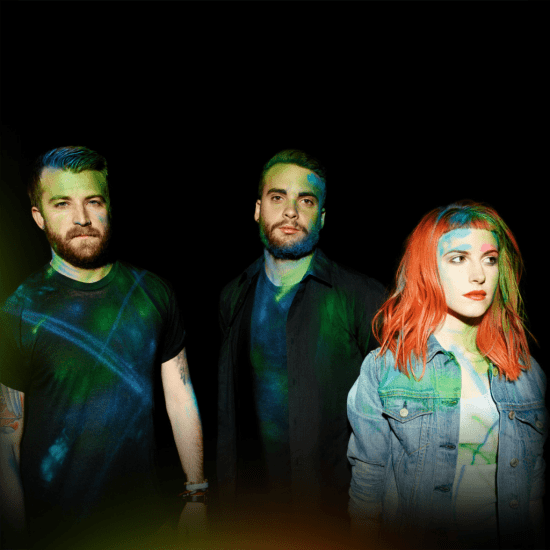 Paramore is the eponymous fourth studio album from Paramore and their first without the Farro brothers, after they left the band following third album, Brand New Eyes. This new album keeps their standard melodic guitar riffs and catchy choruses, which show off Hayley Williams’ voice, but is also a bit more upbeat.

Justin Meldal-Johnsen was hired to produce the record. He has recently produced works with a pop/electronic sound and his influence can be heard in Paramore’s new album. In ‘Now’ and ‘Ain’t It Fun,’ there are clear electronic rhythms alongside the drums and guitars. In a recent interview with MTV, Hayley Williams commented that ‘it’s not an electronic record by any means, but we were more open to new sounds that perhaps we weren’t ready for before.’  ‘Ain’t it Fun’ even has hints of soul in it, with a gospel-like choir doing backing vocals at one point and Hayley asking “So what are you gonna do, when the world don’t orbit around you?, which is a possible reference to the departure of the Farro brothers. Although we do not know the full story, it is alleged that they left, because Paramore were becoming more manufactured.

Paramore have a standard audience pleasing song in ‘Anklebiters’ with its addictive drum and guitar rhythms mixed with a chorus you can sing along to. The pace is turned down a notch in ‘Daydreaming,’ but only in the verses – the chorus sees a return to their venue-raising lyrics that you just have to chant along to.

This fourth album has certainly seen a turn in the band’s genre slightly. The catalogue of sounds is much more varied, with hints of electronica and soul/gospel. In ‘Now,’ Hayley sings,  “if there’s future, we want it now’. It seems like Paramore have moved on from their Farro days once and for all, but we’ll have to wait until their next album to see if this slight genre change is a permanent one. If you can get past this change, it’s certainly an enjoyable record.

…Caroline has been listening to Lana del Rey – ‘Without You’…