Among the tempest of the Twitter-storm, the breaking of Alexander Wang’s new position at Balenciaga caused an online riot of excitement and expectation. Change is not exactly uncommon within fashion, the phrases ‘new’ ‘trend’ and ‘now’ dance across the pages of every fashion publication on a monthly basis. The industry is driven on a premise of creating style and structuring attitudes to match, a notion immortalised by Anna Wintour in Roadside Attraction’s documentary, ‘The September Issue’. A more significant type of change however, is within the anatomy of a leading fashion house; the new path that a new creative director will lay out for an age-old brand, leading it through the forthcoming seasons with rigour and a fresh perspective.

A new designer will bring their own personal flair to classical designs, ones that have grounded the brand for duration of its history. Spicing up the mix however with a radical make-over, should always be embraced. Unlike the well-matched union of Wang with Balenciaga, John Galliano’s appointment as the head designer for Givenchy in 1995, is perhaps one of the more bold and periodically, questionable moves within fashion brands. The prestigious designer had a wild reputation for theatrical dressing and the move was poorly received among the infrastructure of the house, known for the dichotomous taste of minimalism. But Galliano’s role was ‘to seduce’ and the restyling of Givenchy did just that, astonishing the fashion media with his first collection in 1996. The straight-laced way of Parisian style had a refreshing face-lift and with it, the lease of new life in its matching attitude; releasing the corset strings so to speak. The same magic was worked at Dior, less than two years later after his move in October 1995, replacing Gianfranco Ferré, until his infamous dismissal in 2011. Stinging wounds of his personal insult aside, the memories of his ball gown-infused drama still remain and the mixture of his own vision with the solid foundations of Givenchy speak for themselves in their success. 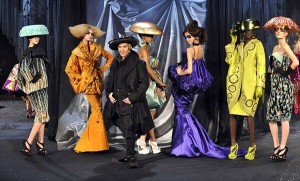 Something new starts with a product specification and the blossoming bud of a vision for a creative director is no different. A fashion label is founded on certain stylistic ideals and although Wang was bursting at the seams to direct a brand with “a priceless heritage”, his move to Balenciaga indicated a new path for the label; the choice image that he’ll mould the brand to. Galliano is one example of an unlikely but triumphantly successful union, yet other, arguably more appropriate matches have had the same effect. The winning formula for a new creative director’s vision for change is stripping the label back to its fundamental style-ideals and injecting their own tastes, along with the product specification; a combination that shone through Marc Jacobs when he first joined Louis Vuitton in 1997.  Although some of them produce predictable results, they have modified or even revitalised an established fashion brand for the better; a factor of greater importance to a luxury brand considering the moving pace of social times and more recently, economical strains. 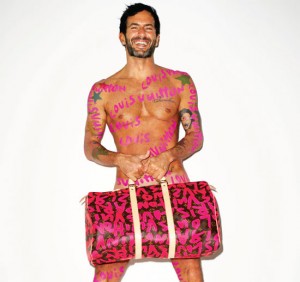 A modest case, but with equal impact is the workings of Christopher Bailey for Burberry. Serving as creative director from May 2001, Bailey had a well-established position within the heart of the company before taking on the roll of chief creative director in November 2009, leading to his radical transformation of the company’s image and branding. Change served as a catalyse for rebirth, if anything. Bailey founded his new vision for grounds of the brand’s strong, 155 year-long heritage, wanting to reignite it’s diamond qualities that had “been trodden into the dust”, the tragic result of the ‘chav’ engulfment of the Burberry check-print. Bailey had worked for Donna Karen and Gucci previously but there’s not contest in that Bailey flourished within his role in Burberry, and the brand equally grew with his ideas. Incorporations of the latest modelling faces, a digitalised approach to business and a return to the classically hailed British modesty, Burberry is now rated as the 10th most valuable brand in the luxury goods industry, thanks to the modification of its chic trench coats, tweed pencil skirts and boxy handbags, grounded within its British heritage, using Bailey’s Yorkshire roots to inspire a pallet of earthy colours. The result was the revival of the once brilliant company’s contribution to British style that had been lost for so many years. 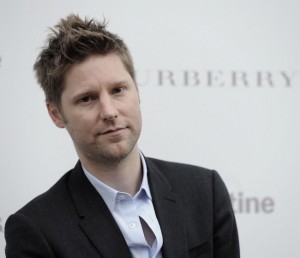 Naturally, the fast-pace change for the fast-paced industry will be met with critics and clashes in artistic vision. Before establishing one of the most elaborate and luxurious brands within fashion, Tom Ford was known for designing an eye-watering 16 shows a year for both Gucci and Yves Saint Laurent. Ford joined the former in 1990 as chief designer for women’s Ready-To-Wear, expanding to menswear and footwear within six months and promoted to design director in 1992. The clash however, would extend over the next decade, as tensions rose between Ford and Maurizio Gucci, company chairman. Ford’s efforts, stemming from 18-hour days, were overshadowed by the company’s public face, something Gucci refused to compromise on. Similarly at YSL, Ford’s claws were deeply immersed in the design, yet he was constantly criticized by Saint Laurent, once commenting on Ford’s work as “the poor man does what he can”. Change triumphs again however, as Ford came out on top as creative director in 1994 at Gucci, leaving the brand after 14 years with both a creative mark of glamour in a fashion world of grunge and the seal of success. The Gucci Group was valued at $10 billion when Ford left, a company that was facing bankruptcy when he joined. Similarly, Ford’s love of glamour caused a sensation at YSL, won him numerous awards from the Council of Fashion Designers of America Awards. Comparable to his his work at Gucci, Ford was able to catapult the classic fashion house back into the mainstream, steering the luxury business away from the sweeping grunge trend. 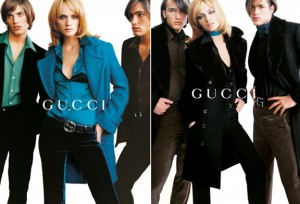 It would seem evolution is key, yet change will never be an overnight process, nor will the warm reception. Hedi Slimane’s new vision for Yves Saint Laurent is comparable to Ford regarding artistic progression, but criticism still remains as the label continues to evolve, leaving the media in a state of confusion about the contrasting sources of inspiration for Slimane. After taking up the role of creative director at YSL in March 2012, Slimane wasted no time in ripping apart the structure of the brand and re-building what he considered to be the new age for such an old label. Changing the name to ‘Saint Laurent Paris’ divided the fashion world in opinion, yet they were reunited with his first collection, a visual feast of cutting edge Parisian chic, with embellished blazers, black dresses, blouses and fantastic headwear. The black and white editorial campaigns of fashion and physical intimacy embodied the sensuality and sophistication that the brand was founded on, yet now we are greeted with campaigns with Courtney Love, Marilyn Manson and Lindsay Lohan, suggesting more aggressive, shabby-chic influence in the collections to come. 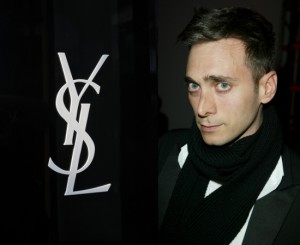 As the seasons pass, change is an inevitable but encouraged factor within fashion, replenishing what was new and revitalising what has aged. What is most curious is the effect it’ll have on a future comeback we’re waiting for. Oscar de la Renta’s gracious accommodation of Galliano into his brand ruffled feathers once again, although he has the forgiveness of those he offended after the “madness’ of being an alcoholic”. Although NYC Fashion Week bore subtle influences of Galliano’s work, his full return to fashion will be one of the most anticipated changes to date. Will the catalyst work again or has Shulman’s “Prince of romantic glamour” lost his touch? Only time and only the change will tell.