Notts about Music? A Guide to Nottingham’s Hidden Music Gems

Way back in September, we offered up a serving of the best large gig venues in Nottingham. Now, with the end of the year in sight, we’ve lined up our favourite places to enjoy music in an intimate atmosphere. 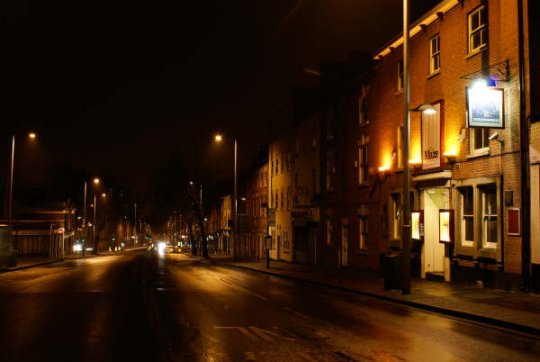 This small and cruelly neglected venue prides itself on its large selection of affordable Castle Rock real ales, its friendly atmosphere and most importantly, its tendency to book a variety of established and emerging artists. Past acts have included Dog Is Dead, The Wave Pictures and Easy Star All Stars. Additionally, Jake Bugg regularly graced The Maze’s ‘Notts in a Nutshell’ nights, which are essential for anyone wishing to discover new Nottingham talent. The Maze is not just a music venue though: it hosts comedy nights, where Rhod Gilbert and Mark Watson have played, art exhibitions, and eclectic club nights ranging from heavy metal to reggae. With so much going on, The Maze has to be considered an integral part of the Nottingham music scene. 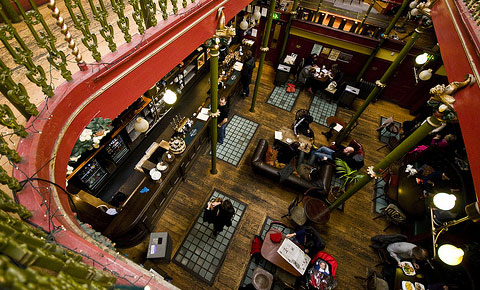 Tucked away just off the Old Market Square, it is likely that many people have never even heard of the Malt Cross. Formerly a Victorian music hall, it now serves as part-café, part-bar and partgig venue – and one of the most interesting ones in Nottingham at that. Its innovative design, over two floors with the stage set between them, allows the clientele to see the stage no matter where they are in the venue – though if you’re at the bar you may need to crane your head a little. Serving up a combination of acoustic, folk and blues a couple of times each week, usually with free entry, it is perfect for when you want a quiet night out and something new to listen to. The venue lost its license in 1914 for being a “place of widespread villainy and lechery”. If that’s not a ringing endorsement, then what is? 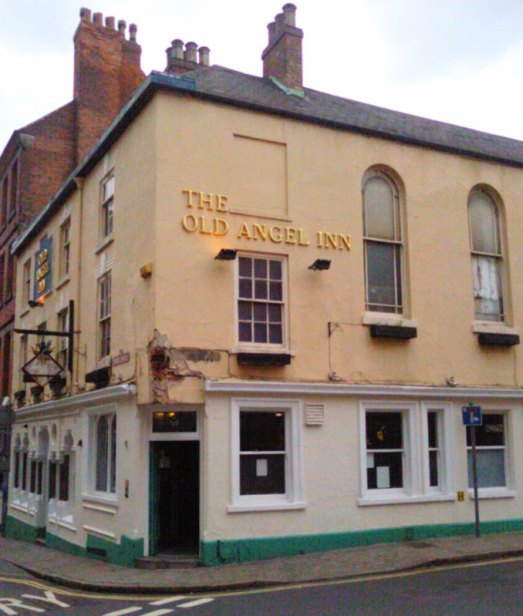 Venues like The Old Angel Inn make up the foundations of the UK’s live music scene. Its downstairs area mainly filled with beer-bellied men playing pool and ageing punks, The Inn claims to be one of the oldest pubs in Nottingham. As a result it is tiny, with the upstairs gig venue a very dark, small and sweaty room (all of which combine to create an excellent atmosphere). Gigs here range from Indie Pop bands such as Johnny Foreigner to the brutal Death Metal of Foetal Juice. The incompatibility of the venues’ different aspects is what makes it great: old men and Scene Kids, large crowds and small rooms, fans of Johnny Foreigner and fans of Foetal Juice. The Old Angel Inn is the archetypal small British music venue. 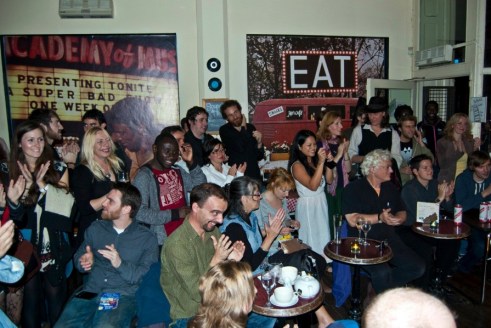 Hidden away in trendy Hockley, Jam Cafe is a European styled cafe/bar, which during the day shows niche films and serves delicious treats. At night the venue really comes to life, specialising in showcasing Nottingham’s brightest unsigned talents. From Open Mic nights to full on rock gigs, the venue is an important stepping stone for any burgeoning Nottingham talent. 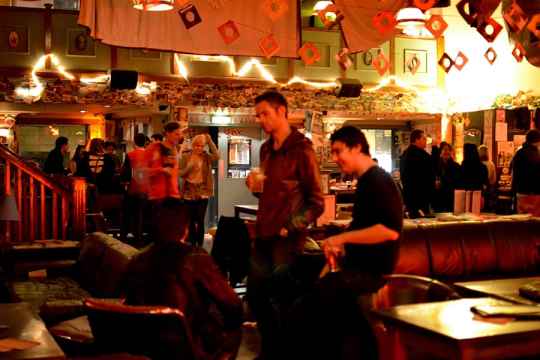 This quirky pub and its undeniably good burgers is home to the Caravan Club – a music venue just big enough to hold two hundred people. Situated next to Rock City and Rescue Rooms, the venue allows for a more intimate feel with your favourite bands, because the furthest back you can get from those on stage is about five metres. The venue itself has seen the likes of Foals, Totally Enormous Extinct Dinosaurs and King Charles play, and it is a great alternative venue to check out. 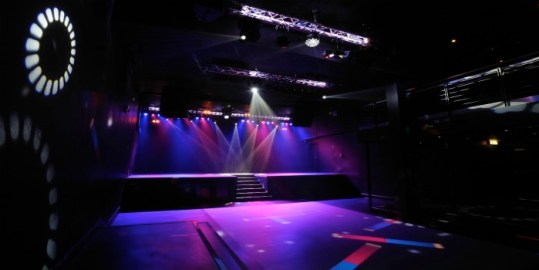 I’m sure many of you have been to Rescue Rooms for a gig, but have you ever been to the accompanying bar? Monday nights are a great opportunity to see some of Nottingham’s most exciting upcoming acts at ‘Acoustic Rooms’, where the big and the small of Nottingham’s music scene can be expected to produce a stirring twenty minute set, while on Tuesday nights Dog is Dead are often DJing at Pressure. Meanwhile the Vinyl Countdown on Thursdays is your only chance to experience Paul Simon and David Bowie on a Nottingham clubnight. Add to this the fact that entry is almost always free and the drinks are much cheaper than next door and you have a winning formula. 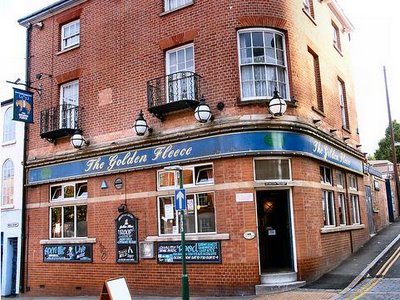 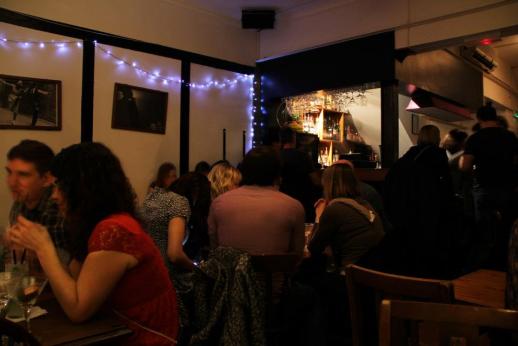 Opened in 2009 Tilt became, and remains Nottingham’s sole Blues Bar. Set back from the busy Market Square on Pelham Street and hidden away upstairs with just a small sign on the door, Tilt is one of Nottingham’s real hidden gems. Specialising in extraordinary cocktails and with live Blues every night, Tilt is an escape from the hustle and bustle of your everyday bar. The 1920’s Americana atmosphere, brilliant tipples and exquisite niche Blues night, create the ultimate relaxing night out.

Bling versus Budget: The Top and Bottom Range Gadgets on the Market

Album Review: Vår – ‘No One Dances Quite Like My Brothers’