A Man Out of Time finds himself in the relentless wilderness of the Alps; deep within it is a small lakeside town, Annecy, which is currently hosting its annual animation festival. A man of subterfuge, he managed to sneak into the screening of Khumba, South Africa’s second animation production as well as a runner-up in the Annecy feature contest.

Khumba follows a young zebra of the same name (Jake T. Austin) who is different from the other zebras of the herd by having been born with only half his stripes. The others reject Khumba in the superstitious belief that his distinctive appearance caused a draught, forcing him to leave the sanctuary of the oasis, and brave the wilderness on a quest to earn his stripes. On his journey he teams with a sassy wildebeest, Mama V (Loretta Devine), and an ostrich with delusions of grandeur, Bradley (Richard E. Grant), while evading the predacious cougar, Phango (Liam Nesson).

A fancy-free yet engaging plot directed by Anthony Silverston, the feature is well animated with a unique take on the Pixar/Dreamworks conventions, with refined textures and beautiful water effects to boot. However, it is cleverly interlaced with a distinctive style with a strong influence from African culture from breath-taking orange-soaked sunsets, rugby puns, to striking references to the land’s ancestral art. Perhaps the only shortcoming of this was that this was underplayed, appearing to be reluctant to embrace its individuality in a bid to compete with the Hollywood giants. Nevertheless, there were an abundance of moments during which the animation wasn’t merely family entertainment but was a much-needed breath of fresh air to the world of animation. Hopefully, this is something that Triggerfish Animation Studio will pursue in future productions. 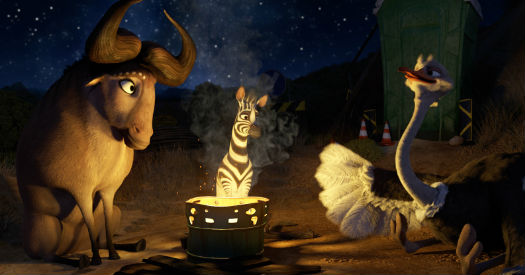 Moreover, although this screening was presented in 3D, for once it didn’t feel like a violation of the eye-sockets. Instead, there was a subtle interplay between foreground and background, which provided an immersive sensation to the image rather than the usual attempt to swindle an audience with over-the-top 3D in order to cover up lacklustre visuals.

Khumba is also bristling with a wide range of professional voices from Liam Neeson, Steve Buscemi as well as Catherine Tate. The variety of voices and accents provide a colourful range of global ethnicities, a trait that plays well with the overarching themes of individuality and difference. Moreover, these voices aren’t underplayed and most of the cast could play with an equal share of dialogue. 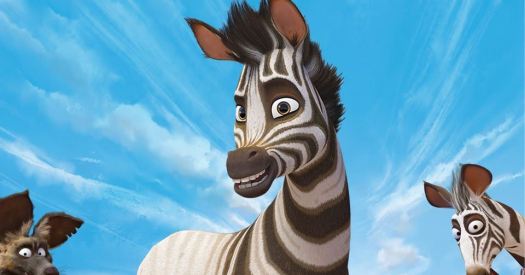 A reflection of South African culture and sentiments, Khumba modestly enunciates the ideals of surpassing their contemporary social anxieties through the context of the varieties of wildlife co-existing without becoming either forceful or contrived. A break from the usual American sequels and cash-ins, Khumba is an endearing film, made with true vision and a desire to recount tales that engage with children and adults alike. However, its ingenuity is how it manipulates some of the currently-recognised conventions in animation so that an audience will feel some familiarity whilst enjoying the freshness of a new perspective. One only hopes that once Triggerfish gets a little more established, it would be able to explore this culturally artistic distinctiveness in greater depth to eventually break away from the styles of the more renowned institutions. Nevertheless, as you may have gathered, A Man Out of Time was enchanted, and hopefully you will be too upon its release.