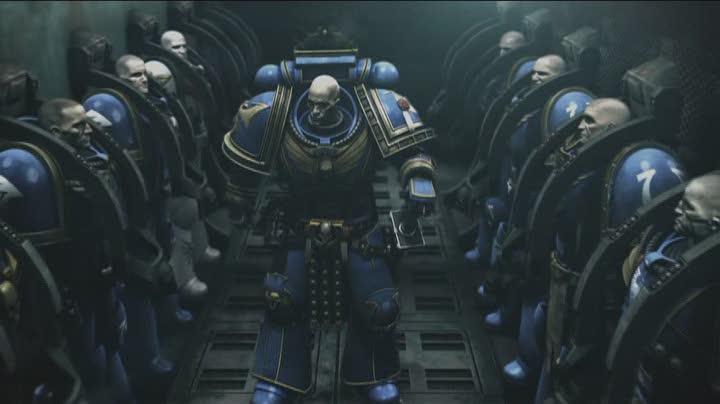 I had very little concept of the world of Warhammer going into this film, beyond vague recollections of being dragged by fan friends into grim Games Workshops where we would stand in semi-darkness and watch large, tee-shirted men-children pushing painted figurines around a tabletop. The calibre of the voice cast was enough to draw me in, however, gathering together John Hurt, Terence Stamp, Sean Pertwee, Donald Sumpter and Steven Waddington, and I am a big fan of the work that writer Dan Abnett has done in Doctor Who comics and audios. I entered into Ultramarines, then, fully prepared to forget teenage traumas and enjoy it on its own merits. A foolish mistake; it has no merits. It was every bit as boring, tedious and beyond me as it was back in those Games Workshop days.

The thin plot of this CGI film sees a gang of these Ultramarine fellows, super-suited super-soldiers from the future, head off to a planet to answer a distress signal, only to end up facing an army of evil, possessed super-soldiers who are somehow involved with a big demon who wants to spread some evil around. In case it isn’t clear from my synopsis, let me break it down: this film is a mess. 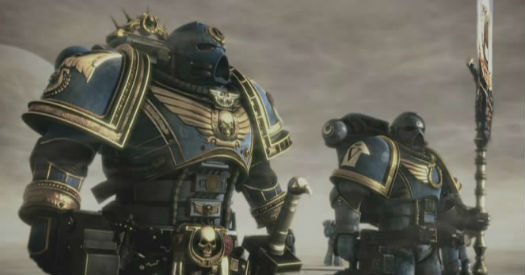 The computer graphics are very pretty when still, but the budget doesn’t seem to stretch to anything approaching human movement. This in itself would not damn the film completely, but it also lacks even a modicum of originality. There is none of the verve that made the similarly animated Roughnecks TV show so much fun. I have no idea of the plot of the game, but this seems to have been taken directly from a fevered dream of an unimaginative 14-year-old who stayed up late to watch Event Horizon. 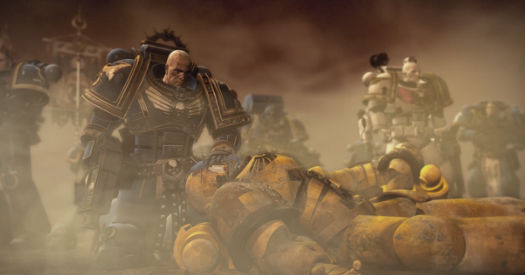 The dialogue is in the sub-Lucas mould, all ‘For the emperor!’ and ‘In the name of the chapter!’ bombast with no emotion or character credibility. There are also moments where the entendres are so double that one imagines the scriptwriter must have been having a laugh (all the talk of chaplains ‘sniffing out taint’ had me doubling up).

While this nonsense might have worked as a live action, low-budget and straight-to-video affair (à la Starship Troopers II: Hero of the Federation, which I have a lot of time for), here the lack of facial expressions and the somniferous performances from the voice cast push it into the very stratospheres of dullness. Watching an hour and a quarter of cutscenes would probably be more pleasurable.

If you are a masochist, Ultramarines is available on DVD and Blu-Ray now.