Monsters, Inc. brought Pixar into the 21st century by opening doors into an entirely unique universe audiences of all ages could enjoy. 12 years later and the children who grew up with Sully, Mike and the rest of Monstropolis are invited back to experience an earlier stage in these great characters’ lives, and one that many of us also currently share: university. 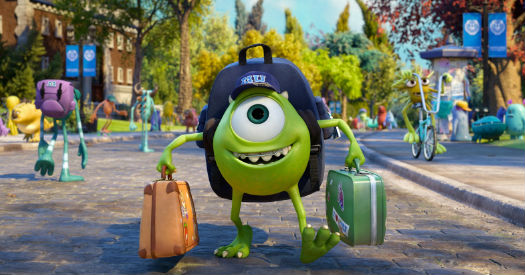 Monsters University sees Mike Wazowski and James P. Sullivan meet for the first time as they both try to graduate as qualified scarers, each with very different ideas on how to succeed. While Mike operates as the educated, hardworking, fearless yet physically unintimidating scarer, Sully possesses the natural talent, but lacks the motivation, courage and book smart, causing a bitter rivalry.

The writers constructively use the already established relationship between Mike and Sully to explore their differences in Monsters University, which are ironically everything they need to complete each other as a pair, as classmates and colleagues. This prequel justifies itself solely in the exploration of Mike and Sully’s match as the perfect scare team; yin and yang embodied onscreen. 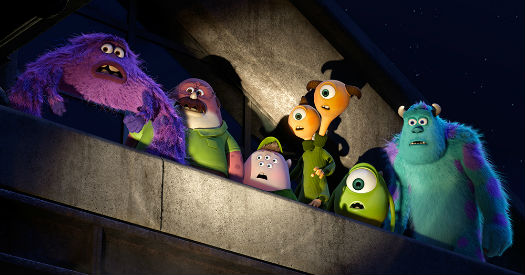 As if Pixar were not punctual enough with the timely release of Monsters University for those who grew up with the original, Pixar have also managed to capture some of the magic of the 2012 London Olympics one year on with the film’s central storyline of the Scare Games’.

The parallels between Olympics and the Scare Games are certainly not forced. Seeing Mike and Sully reluctantly join the same fraternity to fight for their survival in the university’s Scare Program, overcoming numerous, humorous obstacles along the way makes for delightful entertainment.

Monsters University will almost definitely delight and satisfy everyone who watches it with enough laughs to energise the whole of Monstropolis. While it lacks the heart and depth of the original, Monsters University surpasses its predecessor with a blend of humour, visual vibrancy and enough universityisms to keep any student mentally reaching out to the screen in relation. 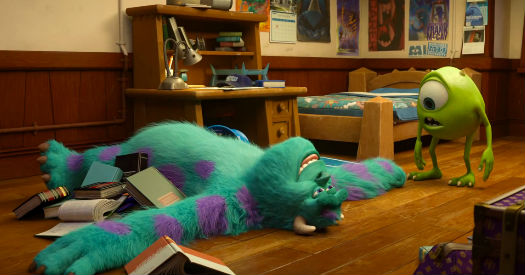 Monsters University has many welcome throwbacks (or throw forwards if you’d prefer) to Monsters, Inc. that only add to the nonstop party of animated fun. It proves that Pixar can graduate to prequels and still remain successful. The studio has just about every metaphorical studious qualification imaginable, and yet their fantastic writers, directors, animators and actors continue to imagine and conceive new, unique work, providing us with excellent family fun, heart-warming films.

What’s That Sound? The Best Audio in Gaming