Guardian, NSA and Snowden: We all should be concerned at attempts to curtail a free press 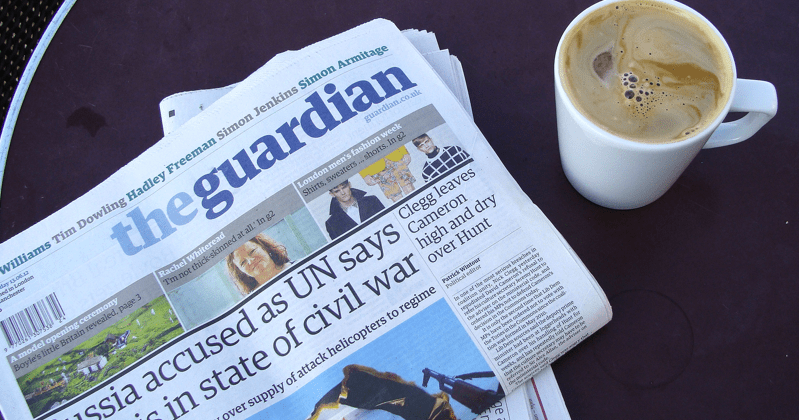 The Guardian newspaper has claimed that the UK government is attempting to deny the right of journalists nationwide to a free press due to the “serious consequences” of continuing to publish material about the National Security Agency’s surveillance programme.

We at Impact – being out-in-the-open, free press types – are therefore concerned about what this apparent oppression might mean for journalism in the future.

Cabinet secretary Sir Jeremy Heywood urged The Guardian to destroy classified documents relating to the intelligence operations of the NSA that computer analyst whistleblower Edward Snowden had gathered because this was “preferable” to taking legal action. This intervention has revealed the government’s part in trying to restrict the amount of classified information available in the public domain.

At first glance this move seems extremely controversial. The online campaign group Sum Of Us states: “We cannot allow our press to be intimidated into hiding scandals that Whitehall doesn’t want reported – this simply is not how democracies function”. Indeed, the NSA’s role in spying on phone and internet communications is one of contention in the US as many people believe that this infringes privacy.

If the government has the power to limit what The Guardian writes about on this subject, then why not other things that show them in a bad light? This suppression could have a terrible impact on journalism nationwide. Living in a liberal, democratic society we would not expect our right to free speech to be denied.

Furthermore, there are many people in the country who disagree with our privacy being invaded. The organisation claimed in a recent letter to employees that its activities have “contributed to keeping the nation and its allies safe from 54 different terrorist plots”. However, this claim was challenged by US senators Mark Udall and Ron Wyden in June. They stated that they had “not yet seen any evidence showing that the NSA’s dragnet collection of Americans’ phone records has produced any uniquely valuable intelligence”.

Even if the NSA has prevented some terrorist plots, it seems worrying that all of our phone conversations and internet history are being stored on a database somewhere in the USA. The power that this organisation has is somewhat unnerving.

The Guardian recently reported that an NSA employee spied on nine women, one of whom he was having a sexual relationship with, without his managers’ knowledge. It is exactly this kind of corruption that should be exposed by the press. More worrying is the fact that if The Guardian hadn’t exposed the NSA then we wouldn’t even know about it.

On the other hand, perhaps the frequency of these transgressions has been exaggerated. The NSA claimed in a letter to its employees that press reports have been “oversensationalised”. NSA Director General Keith Alexander and Deputy Director John Inglis state: “We self-report those mistakes, analyze them, and take action to correct the root causes.”

The UK government has been criticised by The Guardian for detaining David Miranda, the Brazilian partner of journalist, Glenn Greenwald, at London Heathrow airport and questioning him for nine hours under Schedule 7 of the Terrorism Act 2000. The Independent reports that “MI6 officials could have been involved.” Solicitor Gwendolen Morgan is preparing an injunction demanding a judicial review about the way that the Schedule 7 anti-terrorism law was used against Miranda to confiscate “sensitive journalistic material” from him. She stated that “It was unclear throughout just who exactly was doing the questioning.”

On the one hand, there does seem to be a worrying intrusion of government into the press. However, as The Independent reports: “The Deputy Prime Minister was ‘keen to protect’ the newspaper’s freedom to publish while safeguarding national security.” Perhaps the main issue of contention is less about the infringement of freedom of speech and more about the sensitivity of leaked classified material that The Guardian is not legally allowed to possess.

The Guardian could be over-emphasising the role the government has played in preventing them from continuing to expose classified NSA information because this makes their case sound stronger. An article about Cameron infringing upon the right to free press might get people more riled up than one about the government reclaiming classified information that The Guardian had illegally recovered from the NSA database, for the purpose of protecting national security.

The issue is that our legal system is not set up to deal with classified material being readily available to the public. Due to improvements in technology, journalists play a much more important role in relation to the government than they did in the past. The ability of the press to investigate government secrets might promote less corruption in our country’s leaders. For instance, by reporting on evidence of NSA employee transgressions, the NSA management are forced to tighten up their regulations to prevent further bad press. To a certain extent, however, for national security reasons, a line does need to be drawn between where the press stops and private affairs begin.

As students who are interested in politics and current affairs, the thought of a “police-state” which curtails our right to freedom of expression might bring to mind the other oppressive governments that have been hot in the press recently. Ultimately however, journalists and politicians need to reconsider how much transparency there should be between public and private affairs.

Just What Went Wrong For Blackberry?