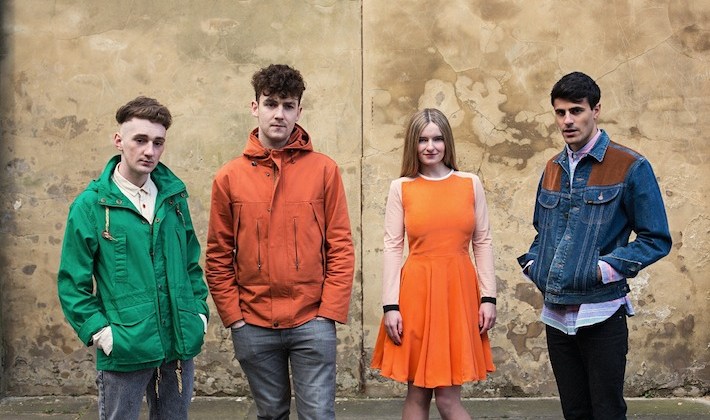 Clean Bandit make vibrant and exciting sounds. Their songs feature classical violin solos, which wouldn’t seem out of place in Downtown Abbey, hip-hop beats and dub basslines. Their shows are packed with live instruments and raw excitement. This is definitely a band to keep an eye on.

Clean Bandit’s Jack Pattinson describes their music as “classical electro” and said he was really pleased with the first gig of their UK tour, which kicked off this Sunday at the Bodega. Clean Bandit have been on the rise for some time. They have supported both Alt-J and Disclosure and spent the summer playing festivals and gigs across the UK and Europe. This is their first headline tour in support of their debut album, expected to drop later this year.

They layer classical music with relaxed pop, rap and hip-hop.

With a string quartet (that is; two violins, a viola and a cello) at their core, they layer classical music with relaxed pop, rap and hip-hop. There is a little house music in there as well, and a lot of electro-influenced melody. This sonic cocktail is topped off with soulful female vocals reminiscent of Lana Del Rey or Jessie Ware. It’s an eclectic blend of styles and genres which all fit neatly together to become something surprisingly original and enchantingly unpredictable.

This sonic cocktail is topped off with soulful female vocals reminiscent of Lana Del Rey or Jessie Ware.

Live, the band were very tight. The stage at the Bodega was clearly not big enough to fit the whole group, who play as a four and employ guest vocalists and MC’s. Two stringed instruments down, they still gave one of the best live shows I have seen in such a small venue.

They filled their set with all their small repertoire of songs and padded it out with a few unexpected covers. You know that it’s going to be a great gig when you and everyone around you simultaneously realise that you’re about to experience a live classical mix of SBTRKT’s ‘Wildfire’. That moment was topped only by the club-wide roar of “CLEAN BANDIT” just before the violin solo in their big number ‘Mozart’s House’.

Each song was prefaced with genuine cheerfulness and an appreciation for the people watching and ended in huge applause. Neil Amin-Smith (Violin) joked around the whole gig with the two female vocalists which lead to hilarious faux-intimacy onstage. The band’s obvious enjoyment and eagerness to play permeated the crowd who all bobbed, clapped and screamed on cue. There is nothing better than a band who can connect with their audience and leave them feeling as excited about hearing the music as they are about playing it.

Not even the fact that they charged 5 quid to sign a poster after the gig was off-putting. I was cheap and instead got them to sign the setlist for free.