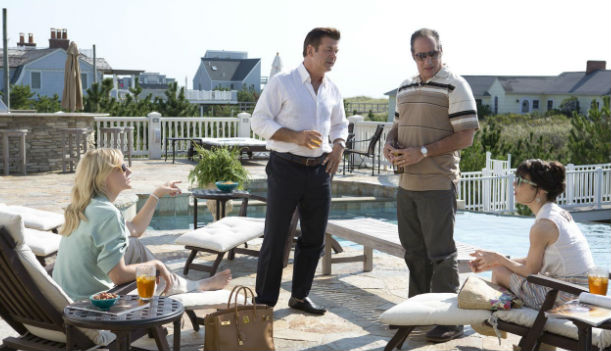 Knowing nothing more of the film going in than it was the latest Woody Allen and the latest in a string of supposed ‘returns to form’ for him, I approached Blue Jasmine with a little trepidation. Five minutes in and so far, so Allen; standard trademark title sequences, standard jazz soundtrack, standard interwoven relationship drama (involving sisters), standard un-showy visuals all pointed to a solid, probably witty yet ultimately forgettable or at most throwaway ninety minutes ahead. However, that all changed, and proceedings quickly refined themselves into a more sombre and touching work that although undoubtedly paling in comparison to his late seventies masterworks stands as one of his more accomplished features, all thanks to one crucial element – the lead performance.

Cate Blanchett has played a range of roles: from the heroic, award-baiting Queen Elizabeth to one of the most irredeemably selfish characters in all of film history (Benjamin Button), not to mention the decidedly offbeat (Nazi alien-skull hunter, Bob Dylan). While undoubtedly varied, none are as intriguing, affecting or complex as Jasmine. On first appearance she seems a typical Allen creation, a happy, healthy, well-to-do socialite moving in elitist cultural circles. However, not only is there no real mention of art (the sanguine tune Blue Moon being the ironically applied exception), it becomes apparent quickly that this is just a façade. She’s wilfully ignorant, aware to varying degrees that her husband (Alec Baldwin) is an unfaithful Gordon Gekko figure but accustomed to the life she lives and hence wary of rocking the boat. Through a disjointed time frame (notably rare within Allen’s oeuvre) she is revealed to have hit rock bottom and is forced to move in with a relative she avoided like the plague while affluent. Blanchett’s performance is a fantastic mess of contrary emotions and intentions, snobbery and suffering, control and breakdowns. 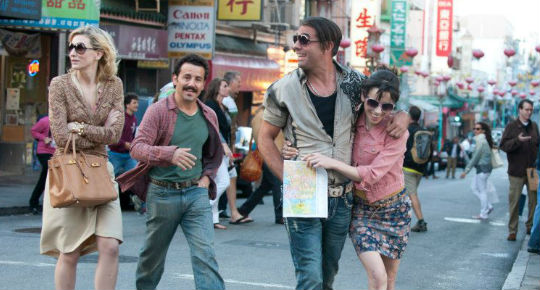 Throughout the film, the harsh light of reality is shone through thinly maintained veneers, evident in the complimentary story of Ginger, the equally excellent Sally Hawkins. Adopted sisters, their lives counterpoint each other, teasing out clues as to the shared history that has shaped the persons. While clearly Jasmine’s story, as much sensitivity is given to Ginger, her lower class analogue. While Jasmine is undoubtedly elitist, Allen presents no class in a flattering light. Ginger is the Stella to Jasmine’s Blanche DuBois, to look at the film through the Tennessee Williams lens that many critics have applied. Undoubtedly taking plot and character ideas from Streetcar, it nonetheless never feels derivative or cheap.

Though there are moments engineered for comedy, Allen chooses not to mine Jasmine and Ginger’s plights for dark hilarity. If anything at moments it was just uncomfortable, and this was brought through the subtle nuances of Blanchett and Hawkins’ despair that shone through the more comic scenes – Jasmine explaining her health and assuming comprehensive knowledge of prescription drugs to two children she is babysitting is one such notable example. 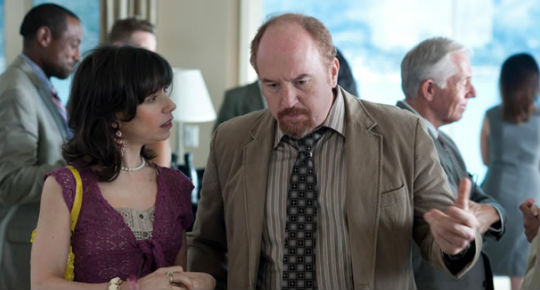 Ultimately Jasmine, the Gucci little piggy on a (barely restrained) kicking and squealing reality check come-down first evokes a sense of just desserts but ultimately comes across more as a tragic character in the truest sense of the word. A once great woman (in prestige, not in personality) brought to her knees by her greatest flaw, a willingness to look the other way in order to live an easier life. And though probably not to the degree of remaining blithely ignorant to dodgy financial dealings and extra marital affairs, who hasn’t relied on the ‘ignorance is bliss’ axiom from time to time? Thus, on a very human level one can’t help but empathise. She’s clearly not well and silently, subconsciously screaming for help yet when the ‘sane’ ones around her can’t communicate and shamelessly cry in supermarkets what chance of recovery and redemption does she have? As a result there’s the inescapable feeling that she’s in an unbreakable cycle. Not the cheeriest tale, but certainly a contemplative and rewarding experience.