Review – How I Live Now 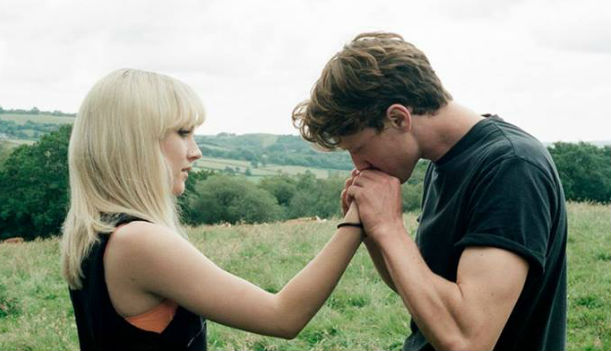 No vampires or demon hunters in this one: Kevin Macdonald’s triumphant adaptation of the teen-fiction bestseller by Meg Rosoff deals with some very real issues without even a single appearance from a supernatural being (who’d have thought it was possible?). 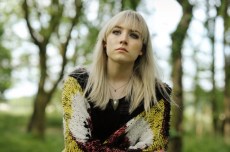 American girl Daisy (Saoirse Ronan) enters an entirely different world when her father sends her away to live with her cousins. Initially she plays the irritable goth chic who excludes herself from any sort of fun and spends her time moping around the country mansion trying to get phone signal, but after her aunt inexplicably flies off to Switzerland for work she develops a relationship with the eldest cousin Edmond and actually begins to enjoy herself.

Frolicking around to the music of Nick Drake in the Hobbity-Narnia countryside either down by the waterfall, in the woods nursing injured hawks or putting party hats on goats, everything’s very idyllic and feels almost too perfect. Which is why when the effects of war really hit hard and they find themselves split up and the girls evacuated to a suburban home, the film takes a darker turn and they begin to fear for their lives. 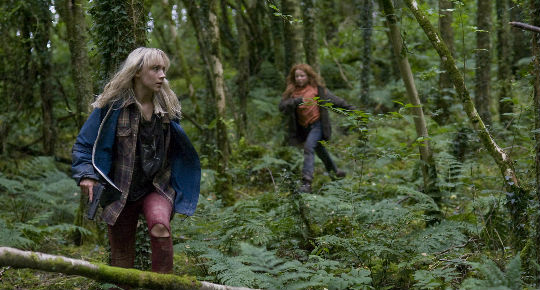 World War III is how it’s described by the youngest cousin Piper, but nothing is ever explained in any greater detail; bombs fall on London and widespread evacuation and forced recruitments are the norm, yet it remains ambiguous as to who or what Britain is fighting.

How I Live Now is a film that explores the effects of large-scale war from a teenage perspective rather than the conflict itself and does so with a much greater nerve than you’d expect. Of course it’s got that romantic edge to it that all films aimed at a teenage demographic are obliged to include, but that doesn’t stop it from punching you in the stomach every now and then. The rural settings are powerful contrasts to the cities and towns now transformed into factories of war so that from the second half onwards the atmosphere descends into a post-apocalyptic fight for survival. 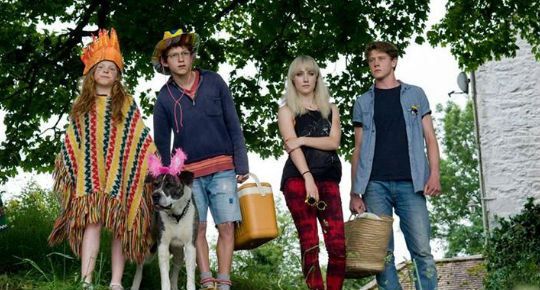 Ronan demonstrates again that she’s more than capable of playing any role she sets her mind to, and both Tom Holland and George Mackay are equally watchable, though highest praise goes to ten year old Harley Bird (youngest BAFTA winner for voicing Pepper Pig) for a genuinely moving performance.

Though a little unfocused at times, How I Live Now goes places where other films of this genre do not, confronting the terrors of isolation, war and even death in a narrative that never fails to carry itself forward.