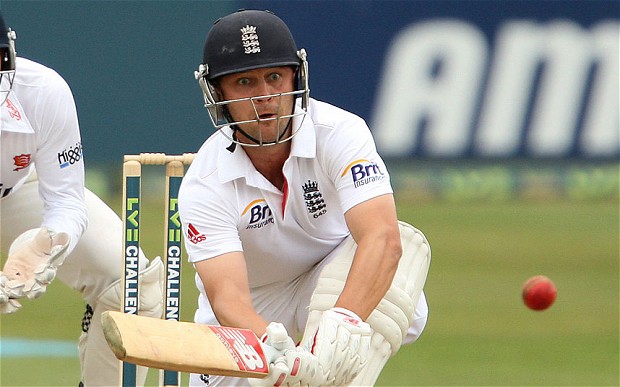 The technocrats who work at the ICC have blessed English and Australian supporters with a rare treat; an unprecedented schedule of ten back to back Ashes Test Matches. We stand just a few days away from the next instalment in this ‘Double Series’ following England’s 3-0 triumph on home solid during the summer.

Contrary to what that score line may suggest, that series was far more keenly fought than many commentators had been predicting. Australia came within 14 runs of a remarkable chase at Trent Bridge, were defied only by rain at Old Trafford and had one poor session on the final day to lose at Durham.

Only in the second test at Lord’s did England win by the type of margin that most had expected to see throughout the five tests. All this evidence, plus home advantage and a squad that’s becoming ever more settled should point towards the tightest Ashes series for some time.

Australia came within 14 runs of a remarkable chase at Trent Bridge, were defied only by rain at Old Trafford and had one poor session on the final day to lose at Durham.

However, I do not believe it will pan out that way. I feel there is a very persuasive argument that say’s England will perform better in Australia than they did at home in England. That may sound contrary to all sporting logic, but bear with me.

The performance of England’s top order during the summer, which was average at best, was the one thing that kept those matches fairly close.  England never once got past 400 in their first innings and their average first innings total was 311.8. 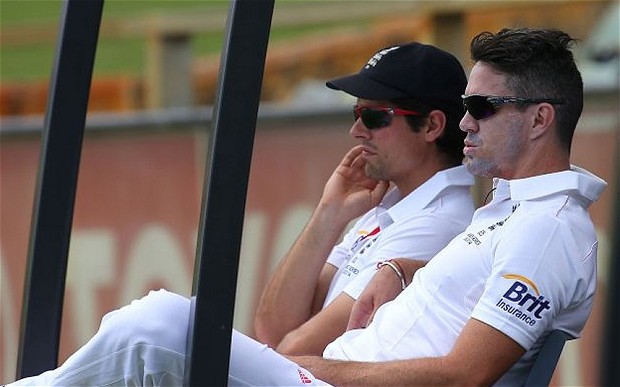 A crucial reason for the series of under par totals were the struggles of Alastair Cook and Jonathan Trott, both of whom had been in sublime form prior to the series.  Cook failed to notch a century during the series and averaged only 36.39, which may sound a harsh assessment but that’s not good enough for a player of his class. Trott to, finished the series without a hundred to his name and a series average 29.30.

There is much less lateral movement for the bowlers both through the air and off the pitch in Australia. Both players were found out around their off stump frequently over the summer.  Moreover, the Kookabura ball goes soft fair earlier, and has a less pronounced seam, when compared to the Duke ball used in England.

The Kookabura ball goes soft fair earlier, and has a less pronounced seam, when compared to the Duke ball used in England.

You would expect both to re capture their form of old in such conditions,  especially when you consider Cook and Trott averaged 127 and 89 respectively over the course of the last series down under,

As ever in the build up to tours abroad, there is much speculation around said conditions. The pitches in Australia are nowhere near as quick as they used to be. Perth is still the quickest of all of them, but it’s certainly not the 22 yard strip of corrugated iron of old, back when Lillie and Thompson were steaming in. Brisbane which hosts the first test has always been a good place to bat, just ask Nasser Hussein.

If the Gabba does offer anything for the bowlers, it could the cracks in the pitch which can the game goes on causing uneven bounce. Adelaide is an absolute featherbed, which makes England’s efforts in 2010 when they had Australia 20 odd for 3 in the first hour all the more spectacular.

Melbourne has historically offered the most English like conditions; early in the day there can be cloud lingering near the coast. Sydney is another good batting pitch though it has been known to turn and over the years many a team has elected to play two spinners. Of course much depends on the weather, not many people would have expected the hot, dry summer we had in England this year.

Of course much depends on the weather.

As a quick diversion, the issue of ‘dryness’ is worth discussing. If you were watching closely enough, you’d have noticed how at Trent Bridge, Old Trafford and The Oval the square extended right the way across the ground. Around a dozen practice pitches lined up in a row.

The result of this, along with the hot weather, was extremely dry and abrasive outfields. This improves tremendously the chances of getting the ball to reverse swing, as the ball gets scuffed much earlier in proceeding. England’s superior ability to both get and utilise reverse has given the Australians untold problems over recent series.

It will be interesting to see of the hosts try and prepare lusher outfields, that look more like the turf you’d find on football pitches, to try and negate this. Something to keep an eye on. 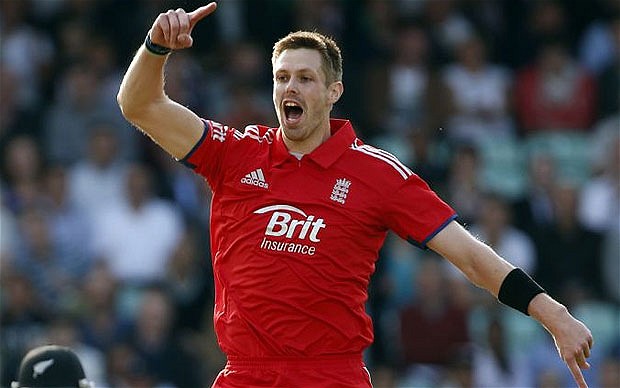 If conditions look rosy for England’s batsmen so far, the next issue is how they going to go about getting twenty wickets. If the batting line up looks fairly set, with Micheal Carberry’s performances in the warm up games forcing him into the side, there is greater scope from change in the bowling department.

Stuart Broad and James Anderson are certain starters, fitness allowing, as is Graeme Swann. England have stuck rigidly to the 6+4 formula, and there’s no reason to think that will change. Which leaves one place in the team with Steven Finn, Chris Tremlett and Boyd Rankin competing for the spot.

England have stuck rigidly to the 6+4 formula, and there’s no reason to think that will change.

Tactically, there’s not much to separate them as they are all very similar types of bowlers; tall men who would be expected to extract some extra bounce from harder pitches down under. Finn starting an Ashes series and then being replaced has become a bit of a pattern, but I suspect that England will go with him. He’s more unpredictable than Tremlett and possibly more expensive but he’s also younger and with much more potential.

England’s bowling unit has been so consistent for so long and bailed the team out on so many occasions that getting 20 wickets shouldn’t be a concern.

There is obviously a genuine will among the selectors to see Finn succeed and I think they’ll give him the nod. It might not swing round corners or turn sideways, but England’s bowling unit has been so consistent for so long and bailed the team out on so many occasions that getting 20 wickets shouldn’t be a concern. That’s to say nothing of any weaknesses there may be in Australia’s batting line up.

Foreign conditions should hold no fear for England, and I’d expect them to make themselves right at home in Australia. If England can start getting big first innings runs again, then a fourth successive Ashes victory beckons.

Suicide, drug abuse and OAPs: Life and death inside the Lenton towers