A 23-point run in the 3rd quarter featuring back-to-back three pointers and a monster slam dunk saw Nottingham blow past Worcester to secure a crucial victory in their race for the Midlands 1A conference title.

Having lost 70-62 on the road to their opponents in early October, Uni could have been forgiven for getting carried away after racing into a 9-0 lead early on. Veteran centre Jeff Smith stamped his authority on the fast start with a putback dunk that had the Notts bench on their feet in awe – but the euphoria didn’t last long. Within minutes, Worcester had pulled level as defensive lapses allowed the visitors to embark on an 11 point run. However, strong drives from point guard Patricio Zapata and Patrick Daley ensured that it was the home side that finished the quarter marginally on top, 16-14. 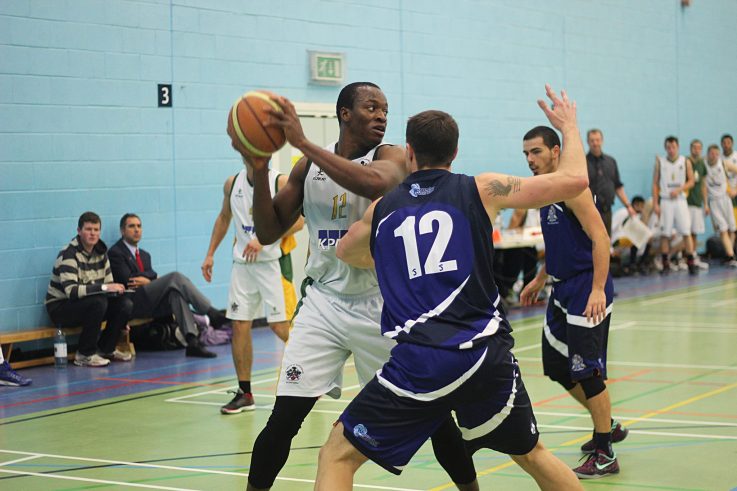 The second quarter followed in a similar vein to the first with scoring runs appearing to be the order of the day. Nottingham, aided by a nonchalant three pointer from guard Martin Hromadka, extended the score to 27-18 only to be reeled within one as the hosts suffered from the same inability to dominate inside and pressure the ball on defense. In need of a play to stop the rut, 2nd year James Boyes from off the bench executed a perfect mid-range jump shot under pressure, swinging momentum back in Uni’s favour.

“Possession, possession, possession!” was the message relayed by head coach Martin Richardson to his team at the half time interval. As an avid proponent of the fast break, he demanded his team do better winning possession on defence. Nor was he pleased with the lack of defensive discipline. “It’s always the referees fault, its always somebody else’s fault. Take responsibility for your own actions and do the job you’re supposed to do”

In the 3rd quarter, his team did just that.

As in the previous quarters, but this time with a notable increase in defence intensity, Nottingham started fast. 6’5 forward, Krest Ugonna, somewhat of a passenger in the first half, made his presence felt in the post with two big blocks and multiple rebounds forcing Worcester to shoot (unsuccessfully) from distance. Club president Aaron Brown seized the opportunity to compound Worcester’s frustrations, shooting back-to-back 3 pointers then assisting Smith with an alley-oop pass which the centre proceeded to finish with a dunk that sparked a miniature pitch invasion by the Uni bench. 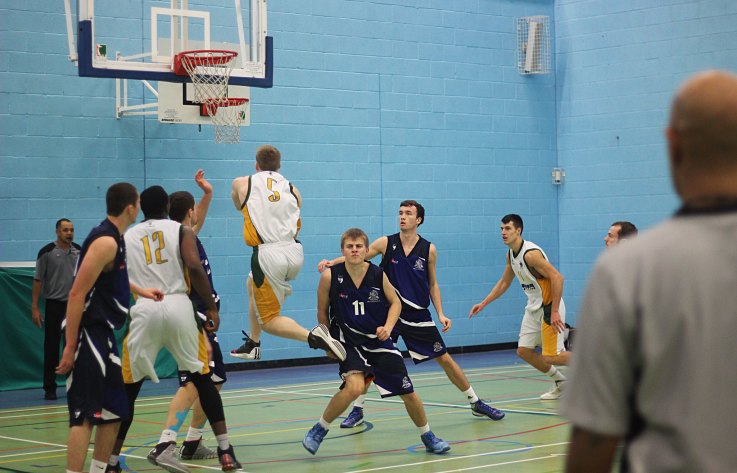 Worcester immediately called a timeout but the damage had been done. A stream of defensive turnovers and excellent shooting by the hosts resulted in Nottingham scoring 23 unanswered points putting the game well and truly out of reach with the quarter ending at 62-31 in favor of the hosts. The fourth and final period was merely a formality as the hosts ran down the clock to seal the win and go joint top of the Midlands 1A division for the first time this season.

Things are starting to look ominous for Varsity in February especially with Notts beginning to look impervious once again.

Uni’s cross town rivals Nottingham Trent have been having a torrid time of things in the Midlands 2A division, losing their third straight game 83-70 against UC Birmingham and slipping to 5th place in the table. Things are starting to look ominous for Varsity in February, especially with Notts beginning to look impervious once again.

Pole Dancing And Fox Hunts: Are Feminists Missing The Point?