Highfields was the scene of broken bones, red cards, penalties and screamers as the Nottingham 1st XI came out on top in a five goal thriller against an unruly Northumbria side.

A classic between Notts and their Geordie visitors Northumbria definitely wasn’t on the cards with the home side failing to score more than one goal in a league game since early February and the visitors in an indifferent run of form. However on this day the form book would go well and truly out of the window.

The opening exchanges favoured the home side with a number of crosses causing trouble for the Northumbria back line, but it wasn’t until the 25th minute that Notts broke through. Winger Charles Gerson played a teasing cross into the box that full back Ed Horey coolly rifled home to put Notts in front. 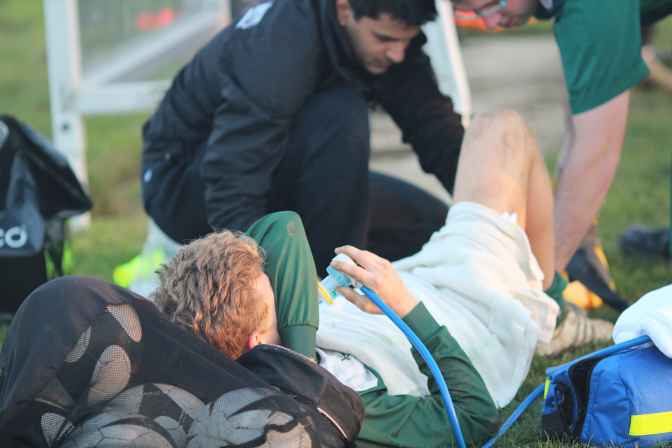 The hosts didn’t let up and with centre-halves Sena Dzotsi and Ben Walters frustrating Northumbria’s strikers, it looked as if another goal for the hosts was just around the corner. That goal came just before the half time interval after a perfectly weighted pass from midfielder Louie Basso found team-mate Jordan Perrin on the wing who cut inside his marker before curling a 25 yard strike into the top corner.

The opening twenty minutes of the second half mimicked the first but just as the game appeared to be petering out into a comfortable home victory, a hopeful cross from the Northumbria right flank somehow evaded the Notts defence leaving their centre-forward with the goal at his mercy. Full back Elliot Knight threw himself in harms way but caught his man, conceding a penalty. Knight was eventually carried off with a suspected broken shin and despite a Geoff Shreeves-esque suggestion from the away bench, he wasn’t able to carry on.

The penalty was converted leaving Notts to see out a nervy final 20 minutes but again just as the visitors looked to be gaining the edge, Hugo Sikaude, who put in a man of the match performance with great touches on the ball and excellent work rate off it, seized upon a stray clearance from the Northumbria keeper and proceeded to chip the ball into an open net from 30 yards out. 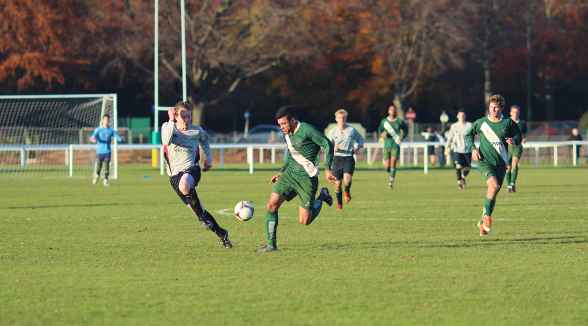 The goal rattled the visitors who then had a man sent off for dissent but they somehow clawed themselves back into the game when a botched cross evaded home keeper Amos Teshuva and found the net via the back post. Smelling blood, the visitors went ultra-attacking but yet another sending off for dissent put paid to any hopes of a miraculous comeback and Nottingham held out for the win which takes them into joint 2nd in the BUCS Premier, only 2 points off of top spot.

Whilst Uni are in the division above and doing well themselves, any complacency will surely be punished by a Trent side on rampant form.

A comfortable 2-0 victory over Chester saw Nottingham Trent’s first team increase their winning streak to five games as they sit comfortably atop of the BUCS Midlands 1A conference. Whilst Uni are in the division above and doing well themselves, any complacency will surely be punished by a Trent side on rampant form.

The Best of Black Friday Deals