Moyes, Mourinho, Wenger and Benitez: The Story So Far 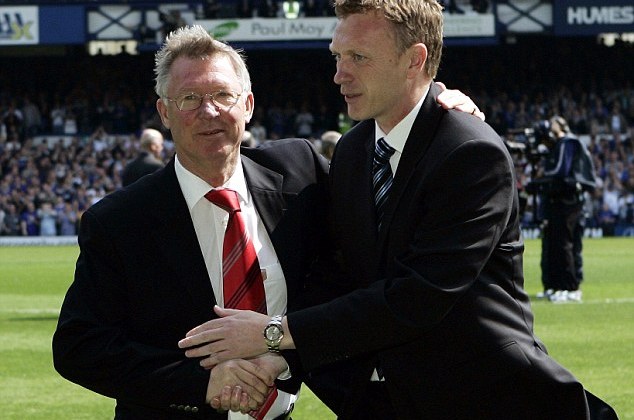 Impact Sport takes a look at four leading managers and their stories so far.

Of all the managerial changes that swept us away this summer, David Moyes’ Manchester arrival was surely the most significant.

‘Your job now, is to stand by our new manager’, Sir Alex stated, as he famously said farewell to a 26-year reign that boasted 38 trophies.

And stand by they must, as – undoubtedly – the ex-Preston North End and Everton manager has taken on one of the most daunting jobs in world football.

Things were never going to easy. Manchester City, Liverpool and Chelsea were all early opponents that Moyes would have preferred to see later in his calendar. Wayne Rooney’s emotive ‘angry and confused’ summer outbursts – fuel for the tabloids’ summer transfer saga stories – made things seem slightly awkward. Add to that Ed Woodward’s arrival upstairs and Moyes found himself underwhelming in a disappointing transfer window – one lit up by many of United’s title rivals.

True, Moyes got his business done in the end. But United paid over the odds for Marouane Fellaini (£5m to be precise), and the Belgian wasn’t quite Mesut Özil or Cesc Fàbregas, the latter with whom the club pursued in a foolishly public way without any true vigour or conviction.

Still, things are by no means at crisis point. While a 4-1 away drubbing at the Etihad was less than ideal, impressive performances in Europe and a 1-0 victory over Liverpool in the Capital One Cup have meant the United ship is stable but yet to be soaring.

While lying in 9th place at the start of October is below United’s standards, Moyes will have time to get things right.

While lying in 9th place at the start of October is below United’s standards, Moyes will have time to get things right. A six year contract and Ferguson’s presence on the United board will ensure that. Continuity and stability made United what they are today, and Moyes will know that this isn’t about to change.

Arsène Wenger is not your average gaffer. Economics degree over coaching badges, suit and tie rather than tracksuit, it becomes apparent why he is dubbed ‘le Professeur’ of Arsenal Football Club.

In an era of big spending, Wenger has earned the reputation as a shrewd businessman. He spots and develops young talent instead of splashing out tens of millions in today’s era of big spending. He turned huge profits on the likes of Nicolas Anelka, Cesc Fàbregas and Robin Van Persie, while engineering enough quality to qualify for the Champions League for 16 seasons running. This over-performance is testament to his tactical genius.

But after eight silverware-less seasons, August 2013 saw many a Gooner calling for Wenger’s head. An opening 3-1 home defeat to Aston Villa was aggravated by the lack of substantial signings. Then he landed the German messiah.

Was it luck or pure genius? The £42.5 million capture not only quashed criticisms of financial reluctance, but also signalled to the big boys that Arsenal are there to compete. They have since gone on an 11-game unbeaten streak, recently even without the injured Santi Cazorla, Theo Walcott, Alex Oxlade-Chamberlain and Lukas Podolski.

Early doors it may be, but their longest-serving manager’s patient, structured approach has provided a stable platform.

Sitting pretty atop both the Premier League and their Champions League group, through to the League Cup last-16, Arsenal fans have cause for optimism. Early doors it may be, but their longest-serving manager’s patient, structured approach has provided a stable platform on which the club can succeed. Owner Stan Kroenke would not do much better than reward Wenger with a new contract past the end of this season. Arsenal have taught others a lesson or two with the Professor in charge. It is time for them to come top of the class.

Benitez Rings The Changes at Napoli

You’d think winning a European trophy and returning your side to the top 4 would lead to much fanfare from adoring supporters thrillingly chanting your name. For Rafa Benitez, it was more a case of ‘job done. Now where’s the exit?’

The hostile reception Chelsea fans gave Benitez when he was appointed as the club’s manager last year was largely unprecedented. Yet fast-forward a few months and the Spaniard is enjoying a much more positive relationship with fans of his new club, Napoli.

The Partenopei have made an impressive start to the season: at the time of writing, they sit second in Serie A having dropped just 2 points, and have made a solid start in the Champions League’s group of death. Gonzalo Higuain, Jose Callejon, Raul Albiol and Pepe Reina are already proving to be shrewd signings, whilst Marek Hamsik is again showing why he’s one of Europe’s top players. Youngster Lorenzo Insigne, meanwhile, is Italy’s biggest prospect.

The Partenopei have made an impressive start to the season

Napoli have had little trouble acclimatising to Benitez’ favoured formation. Previous manager Walter Mazzarri preferred a counter-attacking game with 3 at the back, but the squad have hitherto adapted brilliantly to Benitez’ demands of 4-2-3-1 and the monopolisation of possession. Question marks remain at full-back: under Mazzarri, Juan Zuniga and Christian Maggio could showcase their attacking capabilities without the defensive responsibility they have in Benitez’ system. But overall Napoli look well-placed to mount a strong title challenge, even without former talisman Edinson Cavani. The Champions League, meanwhile, is a tournament that will always be associated with Benitez, whose tactical nous has brought continental success to Liverpool, Chelsea and Valencia.

If the man cruelly dubbed ‘Fat Spanish Waiter’ by sneering Chelsea fans can serve up a 3rd Scudetto, he’ll go down in Neapolitan folklore. And that’s a fact.

For a man who supposedly broke down in tears after hearing that David Moyes had been given the vacant Manchester United job, José Mourinho seemed remarkably unemotional on his return to the league that cemented his return as one of the finest managers of the modern age.

“The happy one”, Mourinho labelled himself in his first press conference back in English football, and he immediately reverted to type and recalled his old charges John Terry and Frank Lampard from the Bentiez wilderness .

Soon though, the happy one gave us a taste of his former self, walking out of a press conference in late September after questions from the media about his decisions to drop fans favourite Juan Mata and Kevin De Bruyne.

The not-so-happy one, then. And the Mourinho return has often taken on a disquieting edge. He seems tired, volatile and emotionally drained; almost as if the constant political battles at Real Madrid sapped the lifeblood out of him. And emotion is Mourinho’s language.  Managers like José work at an astounding level of intensity, and once that drops his players will react accordingly.

Results, therefore, are key. If the perennially-trenchcoated Portuguese can pick his battles wisely and pick up some early season scalps, then he might just be able to revitalise himself and his team. Early defeats to Man United or Man City, however, would heap the pressure on.

And wouldn’t  it be just like José Mourinho to walk away?