TV licence: Any chance of a student discount? 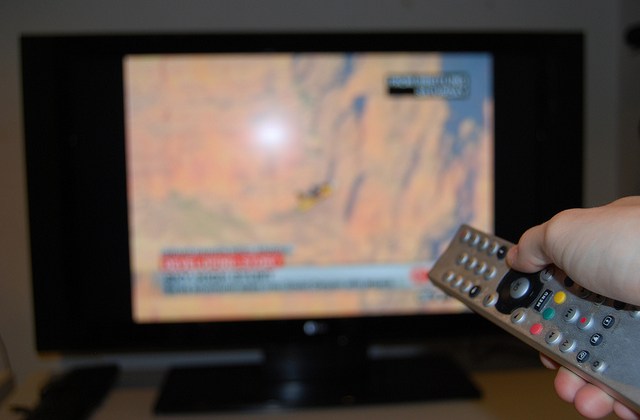 A student of politics learns far more about their subject during term-time than during the holidays, right? The soggy hills of Glastonbury or the bars of Amsterdam are surely no match for the academic heights of Hallward library?

If you’re talking about what Karl Marx thought of capitalism or what Edmund Burke made of the French, you’d be right. But what about the day-to-day machinations of the Westminster bubble? Who has Ed just reshuffled? Does Dave know the price of a pint of milk? What’s the protester popping up behind Nick Robinson’s head complaining about this time? This kind of thing – the stuff that really matters – is easier to keep up to date with when slouched in front of the box back home.

But good TV-time is not all that easy to come by at University. In halls, tune into Question Time or try putting on Sky News (501, people). The reaction, from the supposedly intelligent, will be remarkable: “What…you actually watch the news?”.

Lenton-life makes it even more difficult. Rather than pay the licence fee, we convince ourselves that iPlayer will be sufficient and that we’ll buy the illusive laptop-to-TV cable. But it never happens.

If over-75s are eligible for a free TV licence, why do students have to lump the full cost?

A quick (and wholly unscientific) straw poll of the Impact office found that most (65%) did have TV licence. Either they’re in the proactive minority, or my household is particularly lazy/penny-pinching. But £145.50 seems a bitter pill to swallow for what is essentially non-essential. For that you could have a Toblerone cocktail at Coco Tang every day for a whole month, or a house of five could get into Crisis every other week for a whole term.

This is neither a criticism of the BBC nor the idea that students might actually have to cough-up once in a while. At 40p per day, generally it’s a good deal. But if over-75s are eligible for a free TV licence, why do students have to lump the full cost?

Perhaps we’re too used to subsidies/grants/discounts, but can we not have 20% off on this as well? Yes, Jeremy Kyle’s viewing figures will go through the roof, but there might actually be some benefit: the mission statement of the BBC is to ‘inform, educate and entertain’, after all.

Halloween: A Week of Idiocy and Indignity