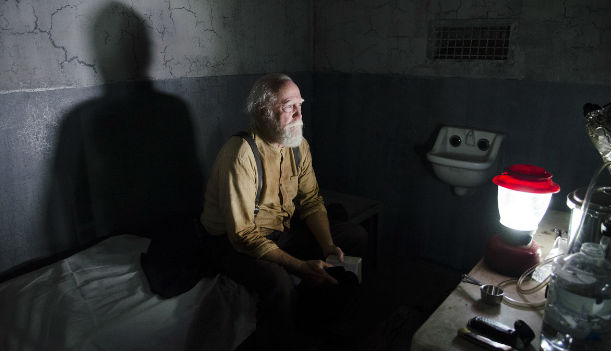 As seems to be the norm for this season, the last episode of The Walking Dead ended with a shocking reveal; but before we get onto that, let’s talk about episode five: what may be the most tense episode of the season so far.

I’m not joking. One of the many great things about The Walking Dead is the very real fear it invokes in its viewers. As the producers have proved time and time again, no one (except maybe Rick, but I may yet be proved wrong) is safe. And for an episode like this one; thankfully back to the Prison, but with the flu outbreak at its highest, resulted me hiding behind my hands for the whole hour wondering if any of my favourite characters were about to die.

Considering how annoying he was when he entered the show in season two, [Hershel] has developed into a much loved fan favourite

Let’s talk about the focus of this week’s episode: one Mr. Hershel Greene. Considering how annoying he was when he entered the show in season two, his character has developed into a much loved fan favourite. Through his actions this week; putting his life on the line to help those infected, he proves that heroes don’t always come in obvious packages. The day that Hershel leaves the show will be a very sad one indeed, although despite some close calls, that is not this day. (Seriously though, some really close calls. I thought my heart was going to stop at one point.) 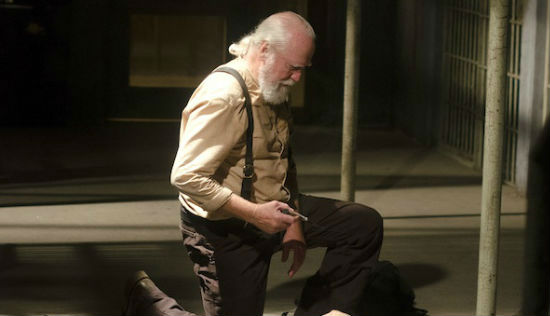 Despite the episode being packed full of tension and suspense, the death count was surprisingly tame. Sure, many (many) people have now died from this infection, but as for our major characters, they seem to be over the worst of it. Perhaps this episode was meant to subvert the expectation the viewer’s now have of character death, and show that sometimes someone does turn up to save the day? Or perhaps we’re being lulled into a false sense of security, to make whatever happens next all the more shocking. The latter seems the more likely of the two. This is The Walking Dead, after all.

As for the final scene, all I can say is, I can’t wait to see what happens next

Episode five left its viewers with some major questions. Though overall the group seems to be showing support for the decision Rick made to banish Carol, the character most likely to oppose this decision has not yet been informed. How will Daryl react? And will Tyreese think the banishment a suitable punishment for his girlfriend’s killer, or will he want blood? And as for the final scene, all I can say is, I can’t wait to see what happens next.

What did you think of this week’s episode of The Walking Dead? Let us know via Facebook and Twitter.