Are Turkeys Falling Foul This Christmas? 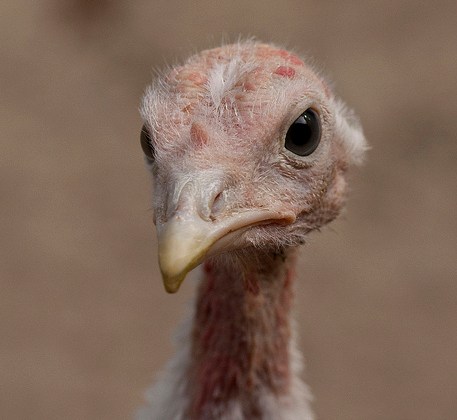 While everyone jumps onto the festive bandwagon the minute halloween is over, selling overpriced coffees in Christmas cups or filling every ad break on our television screen with tinselled adverts, Impact Food wade through the commercial crap and look at the more traditional aspect of Christmas. The feast.

Although the turkey has always been a staple at Christmas dinner, it appears more people are opting for other kinds of meat on Christmas day, with turkey becoming a rather lacklustre and unexciting option. While the birds still suffer – duck, goose and pheasant are all also popular Christmas – the roasts are on the rise. Beef, gammon and lamb are becoming regulars on the Christmas table.

Impact Food asked Nottingham students about their festive feasts, to find out if it is bird or beast that wins the Christmas race at UoN.

“When else would turkey ever get eaten?”

While she argues trimmings are a staple; pigs in blankets, bacon and brussels sprouts being a must, Alice Ratcliffe, third year English student, says, “It has to be turkey at Christmas, that’s tradition. When else would turkey ever get eaten?”

But other students seem to be more adventurous. Sarah Stewart, a masters student studying International Law, says, “You can’t just have turkey at Christmas. We always have gammon as well – you need a bit of pink on the plate. We tend to have a lot of people over for Christmas, and you can’t exactly fit two turkeys in the oven.”

“Everyone needs a choice!”

Law student Hannah Butcher says that her Christmas dinner is usually made up of leftovers from Christmas eve. “We always have turkey and gammon on Christmas day, but also the leftover roast beef from the day before. Everyone needs a choice!”

So why is it that more and more people have started to look for alternatives to turkey? Increasingly it is appearing as almost ‘trendy’ to cook an unconventional Christmas meal, especially due to gourmet chefs and cookbooks illustrating new and innovative ways of feeding the family on Christmas day.

“Parsnips are a staple in my Christmas dinner. They’re the shiz.”

Ian Fillingham, a second year English student, says they always have a vegetarian option on the table alongside their traditional turkey. “Sometimes it actually tastes better than the turkey itself,” while Dolly Montgomery, Zoology student, says she eats quorn as a vegetarian, “but parsnips are a staple in my Christmas dinner. They’re the shiz.”

It’s also becoming easier to buy pre-made Christmas meals. The standard Iceland three bird roast, bird-in-bird-in-bird, advert that graces screens and bus stops everywhere might not be the nation’s favourite, but ready made and stuffed alternatives are becoming increasingly available and popular every year.

As our cooking has become more and more adventurous, or our shopping habits lazier, people have started questioning why we need to stick to the traditional, when instead we could be broadening our palette.