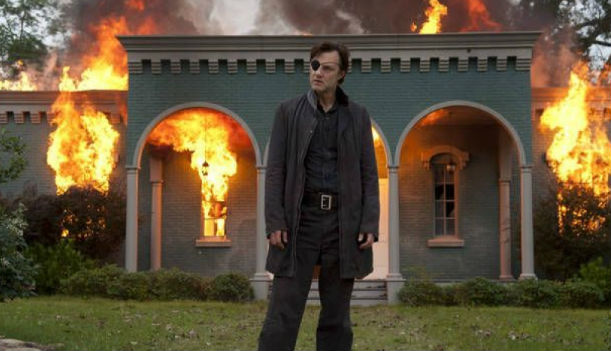 Ladies and gentlemen: The Governor is back. In a change of direction this week’s episode left the Prison to take a look at what’s been happening to our favourite villain since we last saw him at the end of season three.

To sum up episode six in one word? Unexpected would probably cover it. The first half of the two part backstory of The Governor will eventually lead him to where we saw him at the end of episode five; hiding in the bushes on the outskirts of the Prison, ready to fire. Yet after this episode, I still have no idea how he’ll end up there. Next week’s episode should be interesting indeed, because after this one, I almost felt sorry for him. 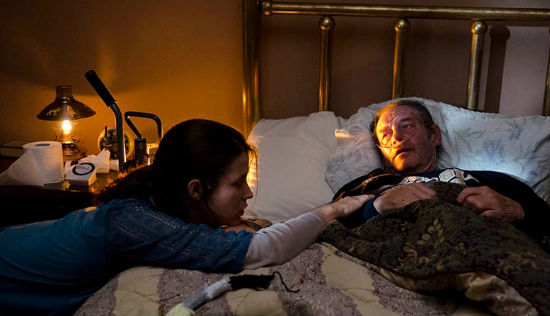 The episode started with The Governor as we recognise him: alone after being ditched by his right hand man (the only Woodbury soldier left after he gunned the rest down in the finale of season 3) and looking close to crazy. After burning Woodbury to the ground, and after travelling alone for weeks on end he stumbles across a family; two sisters, one with a young daughter, living in an apartment with their sickly father (don’t get attached to him). Staying with them for the rest of the episode, The Governor is humanised through his interactions with the young girl Meghan, who obviously reminds him of own daughter, and by the end of the episode you’ve almost forgotten him as the villain he once was.

This is an episode that I’m sure will divide viewers. While some will love seeing a different side of The Governor, others won’t want to see him as anything but a villain.

Yet why do this? For the moment, I’ve got no idea, although I’m sure it’ll all become clearer after we see the second part of The Governor’s story. Could it be that he’s approaching the Prison, not as an attack, but in peace? It seems unlikely; and even if he was, there’s no chance Rick’s group would accept him after his actions last season. My best guess is that after getting attached to his surrogate family, something awful will happen to them next week that’ll flip him over the edge. But that’s pure speculation; we’ll have to wait until next week to know for sure.

This is an episode that I’m sure will divide viewers. While some will love seeing a different side of The Governor, others won’t want to see him as anything but a villain. And others still (and I feel I may fall into this category)might just want to get back to the Prison to see what happens next. I find it hard to believe The Governor is there to do anything other than attack, something big must happen next week to lead him there.

What did you think of this week’s episode of The Walking Dead? Let us know via Facebook and Twitter.