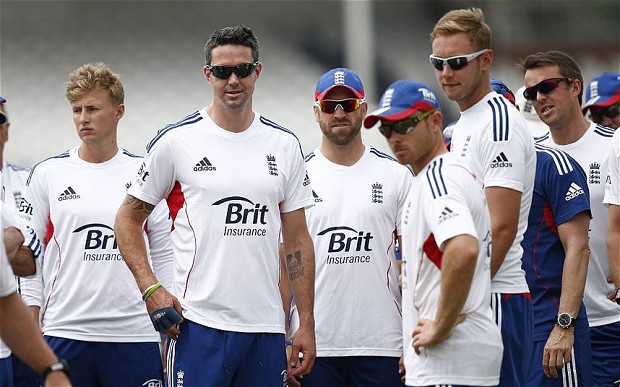 Ten games later, a whitewash test series, a 4-1 ODI series, a retirement and request to go home left England in pieces. After a 3-0 win at home everyone expected great things from England, or at least a fight. So what happened? Will the T20s follow the same pattern?

The top five run scorers in the test series were Australian and the most wickets were taken by a Australian man who will haunt England’s dreams for a while – Mitchell Johnson. Johnson took an alarming 37 wickets, 16 wickets more than Stuart Broad’s 21, who was England’s highest wicket taker. England were outplayed completely by Australia, with lacklustre bowling and non-existent batting.

Though the top run scorers were Australian, England’s first five wickets in the first four tests fell for 596 runs, only 16 runs less than Australia; a surprising statistic considering the margins by which Australia won. However the last five wickets for Australia were able to add a mammoth 842 runs to their scores, roughly four times higher than the 218 runs scored by the English equivalent. Brad Haddin contributed 337 runs more than Matt Prior and Jonny Bairstow combined. 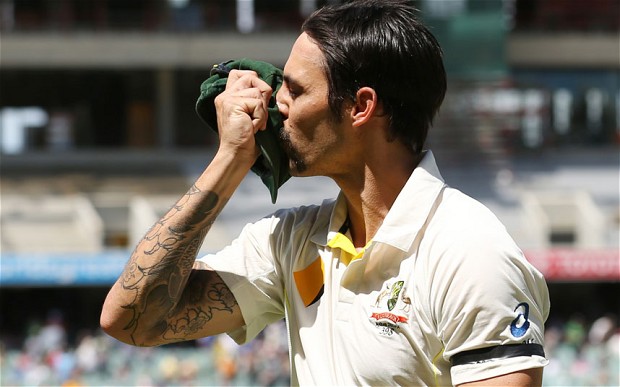 England’s batting was not the only chink in their armour. Alastair Cook, a man deemed ‘negative and boring’ by Shane Warne, appeared to be confused, tired and stuck in a loop implementing the same tactics that had worked for his in the Ashes over summer but were failing him this time round. Cook continued to bowl Stuart Broad to Michael Clarke even once it was clear that Clarke had control of the short ball. England’s fielding appeared to have the same negative feel to it, with one too many dropped catches. On day one in the Adelaide test, after having restricted Australia to 273-5 on a flat pitch, England dropped George Bailey on 10, Michael Clarke on 18 and Brad Haddin on 5, which could have changed the game entirely.

It wasn’t just England’s on field performance that left a shambolic impression; Graeme Swann’s decision to retire mid series did not help the team. It set the tone of defeat early on in the series, which would have sent a bad message through the changing room and to the young players in particular. Had Swann played the rest of the series, even if not at his best, he may have given the England team some consistency and some senior support to Cook who in the end used 18 players; a record equalling that of West Indies who lost 5-0 to South Africa in 1998-1999.

England’s One Day International series did not prove to be much more fruitful; although they were able to avoid another 5-0 whitewash, they lost 4-1 to an Aussie team that played their leading wicket taker in only two matches. However, every dark cloud has a silver lining and some of the new England players showed guts, particularly Ben Stokes, who played a huge role in England’s ODI win in addition to a century and several important wickets in the Test series. The Twenty20s should prove interesting, with Eoin Morgan showing his class with a century in the second ODI and half centuries from Stokes, Root and Buttler. England could well have a chance in the short format.

These young faces could yet give the England fans something to smile about.

Short library loans and our ‘poverty of attention’