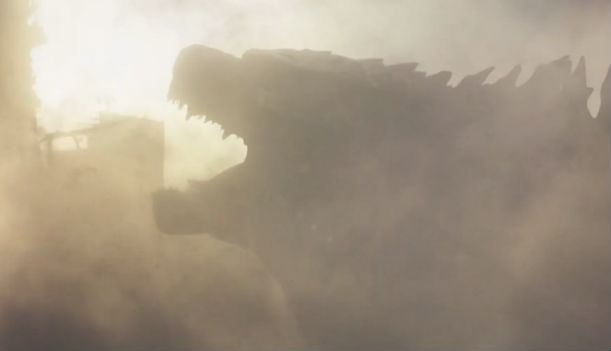 After suffering from PBBD (Post Breaking Bad Depression), I watched Malcolm in the Middle. It helped with the feeling of emptiness, seeing Bryan Cranston on screen, even if it was in a different format. So, I have to admit that Cranston has something to do with my anticipation for Godzilla.

My interests are even more piqued by the fact that he is starring alongside, Aaron Taylor-Johnson (Kick-Ass), Elizabeth Olsen (Oldboy) and Sally Hawkins (Made in Dagenham).

Traditionally a Japanese franchise, this will be the second Godzilla to be produced by an American studio since the 1998 version, directed by Roland Emmerich. Reportedly, the monster will engage in fight scenes with other monsters, that have been borne out of scientific experiments from over-intrusive scientists. As opposed to the monster primarily battling the American military, as it did in Emmerich’s Godzilla.

If the trailer is anything to go by, this is going to be a film of epic proportions. It will be interesting to see how director Gareth Edwards, relatively new to the directing game, handles such a large project. Particularly, with the vast improvements in digital effects, that will surely serve Edwards’ efforts to create a more frighteningly realistic monster.

The first film was hardly a critical success, but Godzilla, for me, remains one of those films that you were engrossed in as a child and find hard to objectively criticise. I have high hopes that this re-make will bring some further deeper meaning to the action, as the film has attracted actors usually drawn to meaningful scripts.

The Power of the Music Video