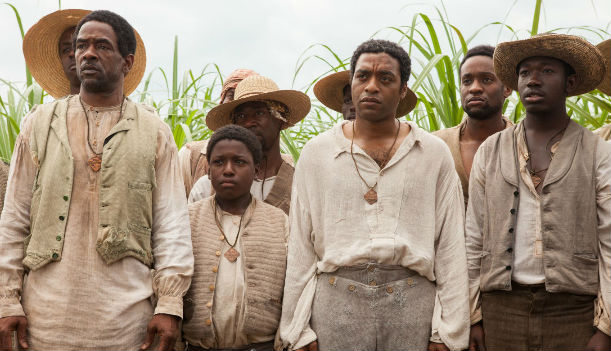 12 Years A Slave, Steve McQueen’s latest feature, shows the director is becoming increasingly more narrative and mainstream without losing either his potency or his fondness for long takes. Following the true story of one free man Solomon Northup, kidnapped and forced into an increasingly harrowing 12 years of slavery, his experience is engaging, real and respectful without ever falling into the cinematic sand-trap that is slavery films: be it the overly dry true story, Amistad, or its anarchic antithesis, Django Unchained – both of which were from white directors. 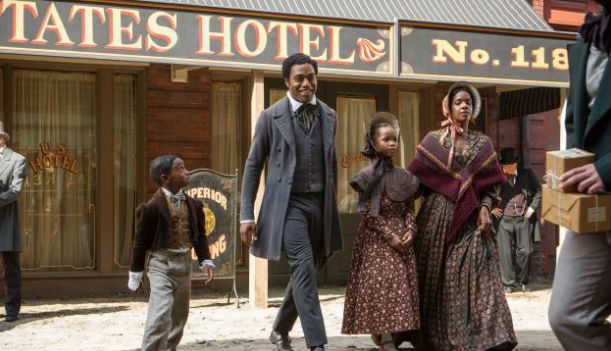 After taking a detour into original material territory with the patchy Shame, 12 Years finds McQueen returning to the true story approach of his arthouse debut Hunger, and with renewed vigour. As has been made clear from his numerous interviews concerning the film, this is much more of a personal passion project than the Bobby Sands/hunger strike of the former, and this emotional investment carries through to the finished film.

Although based on true events, standard narrative form is treated as virtually irrelevant; McQueen is much more concerned with experience and emotion and imagery in a series of scenes, interchangeably full of intensity and suffering. It’s an impressionistic collage, akin to Hunger, wherein the carefully applied brush strokes of individual scenes both tell a personal tale, represent a wider experience and still form a cohesive whole. 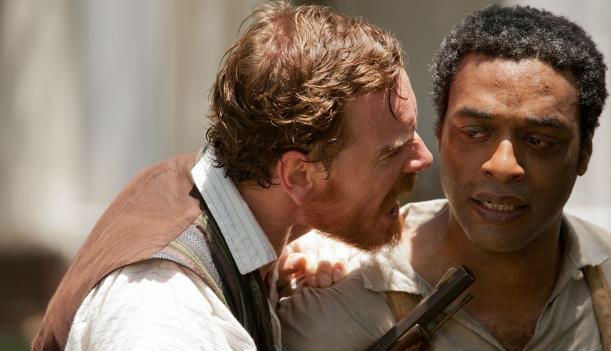 Despite the arthouse abstraction I’ve probably implied so far, the film is quite the contrary. The brutal simplicity and directness of the title is continued on throughout all aspects of 12 Years. Chiwetel Ejiofor’s performance of Solomon is respectfully restrained; with his emotions evident at his initial capture, he becomes increasingly stoic and explicitly reluctant to “fall into despair” at his circumstances as the film progresses. The lack of any strong narrative drive solely means more time dedicated to the characters and their acting prowess (which hides one flaw – the film never feels like its covering the titular timespan, more like one or two years).

Much has been made of award-laden Ejiofor’s performance, but personally I found the character of Patsey (Lupita Nyong’o, deservedly Oscar nominated) far more interesting. The favourite of all of Michael Fassbender’s slaves – with all the unpleasant connotations that implies – she runs the gamut of emotion, from the monumental yet fleeting relief of a respite of afternoon tea to imploring one character for a mercy killing. When she is flogged repeatedly the camera is admirably unflinching; it harrowingly focuses equally on torn flesh and Patsey’s agonised face and it’s difficult to say which is worse. 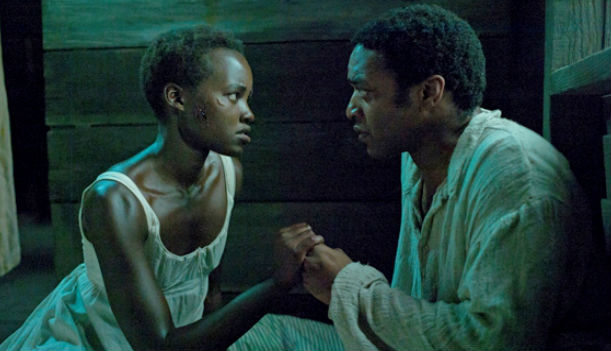 Out of the extensive supporting cast there are a number of standouts. Paul Dano, who has the market cornered when it comes to snivelling power-desperate runts in American historical epics (a niche market I’ll concede), is continuing his consistently excellent career hovering just below household name status. The multifaceted, sympathetic William Ford also sticks in the mind and actor Benedict Cumberbatch, undeniably oversaturated at the moment, blends in relatively well. Which is significantly more than can be said for Brad Pitt’s Samuel Bass.

Pitt stands out something terrible as a movie star in an ‘acting’ film, the only decent, ‘modern-day-morals’ character in the story (incidentally also one of the film’s producers, make of that what you will). Everyone else had far more to their character, whether it was the ‘villain’(s) having a greater range of complexity than is normally afforded to slavery movies or those white ‘heroes’ clearly uncomfortable with the situation even if not fighting for abolishment. The (unfortunately necessary) inclusion of Bass felt more apt in a movie like Crash – a.k.a. ‘IT’S BAD TO BE RACIST’ – than what was hitherto a more subtle and sensitive film. 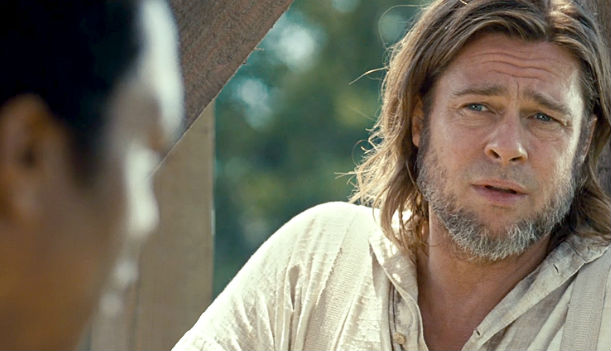 Ultimately, despite the inappropriately somewhat rushed finale, 12 Years A Slave is an admirable and engaging experience. I fear however in the flurry of critical acclaim and award recognition it may become a bizarre, particular kind of hybrid of likeably obvious and critically revered which in the long run means it’ll be underseen and forgotten, which it certainly doesn’t deserve.

Mata Signing Is Big News For United, But Where Does He Fit In?