Floody Hell: Why Are We Having Such Extreme Weather? 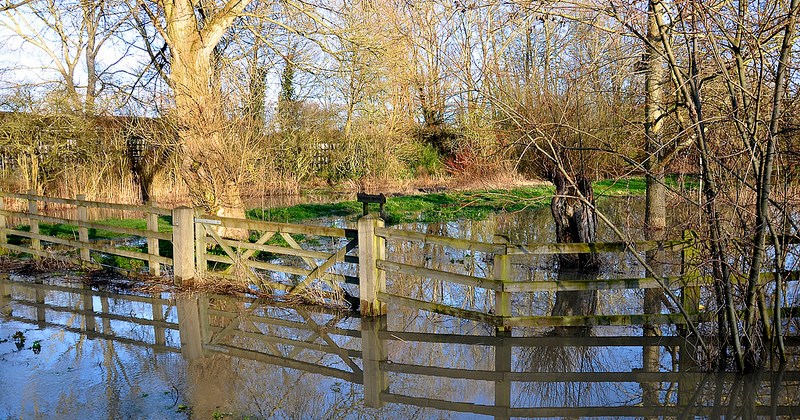 Throughout this winter, it has been hard to avoid the coverage of the relentless, destructive storms and subsequent floods that have affected large swathes of the South and West of the UK. This unprecedented change in winter weather has led to a fierce debate about whether human-induced climate change is linked to these events. The atmosphere is a dynamic, multi-faceted system which we still have much to learn about. While the politicians will battle it out in Westminster (or knee deep in water in some West-country hamlet), spewing forth poorly-informed opinions about how it’s all to do with the other party’s policies, it is important to take a step back and look at the facts.

The extensive flooding this year has been the result of unprecedented rainfall levels. The weather systems that have been piling into the UK from the South-West have been carried through by the jetstream which would normally pass to the North of the UK during the winter. The main concern is that climate change will cause the jetstream to permanently change its path and lead to far more extreme weather events affecting the UK.

The main concern is that climate change will cause the jetstream to permanently change its path and lead to far more extreme weather events affecting the UK.

Jennifer Francis of Rutgers University, speaking at the American Association for the Advancement of Science in Chicago, suggested that the jet stream has been showing signs that it is entering a ‘longer, more meandering pattern.’ The jet stream moves depending on the temperature difference between the Arctic and Tropical air-blocks, with a large difference producing a high-energy jet stream which travels in a straighter, more direct fashion. Jennifer Francis suggests that the current warming trend in the Arctic means the difference has decreased, and thus the jet stream possesses less energy, and ‘meanders’. The Met Office’s Chief Scientist Dame Julia Slingo echoed this view at the launch of an official report on the cause of the floods, stating that ‘all the evidence suggests there is a link to climate change.’ This theory sounds elegant, and would mean that our continued warming of the environment could have drastic consequences for the UK.

However, there has been opposition to this idea. Indeed, one of the Met Office’s own scientists, Professor Mat Collins was quoted by the Daily Mail as saying that ‘there is no evidence that global warming can cause the jet stream to get stuck in this way.’ The issues identified by the opponents to this view is that we lack thorough data over long time periods, and that quite simply, we do not understand fully the mechanisms behind the jet streams. The latest IPCC (Intergovernmental Panel on Climate Change) report did not address the issue of effects on the jet streams because, as Professor Collins states, ‘there was very low confidence that climate change has any effect on the jet stream getting stuck.’ We are looking at a very short-term change, and so it is hard to determine if this is just a part of the natural variability. It is hard to identify trends in such a complex, varying system with such limited data, and as such it is likely we will never be able to infer with certainty if human factors are affecting extreme events.

2013 was a year of weather extremes around the globe.

Aside from what is happening in our skies, there does appear to be a global trend developing in the number of extreme weather events occurring. 2013 was a year of weather extremes around the globe. For example, Australia recorded its warmest year on record, whereas California had its driest; Typhoon Haiyan was the strongest tropical cyclone on record and severe flooding affected central Europe and Pakistan.

These extreme events have been becoming more abundant in the last few decades. It certainly seems that whatever changes the climate is undergoing, it is leading to more extreme weather, and it is difficult to conceive any scenario where at least part of this is not our doing. While our detrimental effect on the environment may not be the sole cause of the UK floods, there certainly needs to be consideration of the fact that extreme events will become more abundant globally if current trends continue.

Short Focus – This Way Up