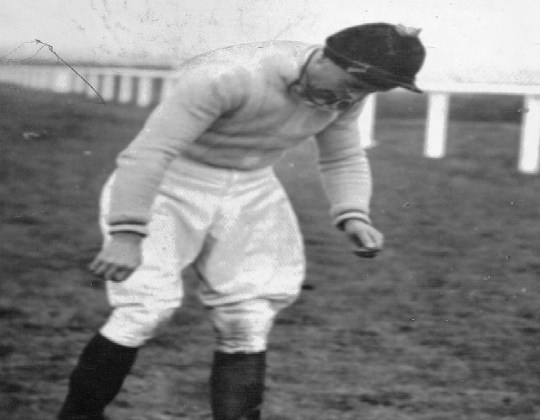 Sporting capitulations are characterised by a team or competitor surrendering what seemed to be an unassailable lead. Synonyms include ‘bottling’, ‘choking’, ‘folding’ or ‘collapsing’. Pressure tends to bring them about. In fact, they can be quite uncomfortable viewing for the spectator; watching someone’s life goal slip away as nerves cause them to perform at an unrecognisable standard. Fortunately for the victim of the capitulation, occasionally the comeback is remembered rather than the collapse. Liverpool in Istanbul 2005, Manchester United in Barcelona 1999 and Nick Faldo’s 1996 Masters victory are good examples. Perhaps it might be worth distinguishing between the capitulation and the comeback. Simply, capitulations result in events being lost rather than won, with the eventual winner triumphing often by default if nothing else. There are certain capitulations that we just cannot shake out of our collective memory. The following are graded from A to C; with A being the most spectacular collapse.

This collapse bordered on the comical. Undoubtedly the greatest collapse in championship golf, I would suggest it’s hard to better even once all other sports are considered. Van De Velde stood on the 18th tee at Carnoustie with a three shot lead meaning even a double bogey six would earn him his first major. In fairness to him, the 18th at Carnoustie is the hardest finishing hole on the Open rota and the R&A had been a touch liberal with the fertilizer before that Open. The rough was horrendous and the test provided by Carnoustie proved fiendish, reflected in the eventual winning score of +6. But Van De Velde could have played the hole anyway he wanted to. Three seven irons would have been fine. But no, out comes the driver. He pushed it into the heavy rough. His attempted recovery rebounded fifty yards off a grandstand into more rough, a piece of bad luck admittedly. The thick rough got the better of his third, and his ball ended up in the burn. This is when the comedy ensues. Reluctant to take a penalty drop, he rolls up his trousers and takes off his shoes and considers hitting a ball that is half submerged in water. He eventually takes his drop, and to his credit, holes an 8-footer for an eight. He would lose the resulting play-off. Paul Lawrie would go onto win, with only his splendid final round 67 to prevent him feeling well and truly embarrassed to hold the Claret Jug.

I could have easily chosen Milan’s loss of a 3-0 half time lead against Liverpool in the 2005 final, but then I considered that the sometimes random nature of cup finals could account for such a turnaround. In my view, for Milan to surrender a lead over 2-legs was an even more spectacular implosion. In fact without the mental scars this defeat left, Liverpool’s famous triumph may not have been possible. Milan were the reigning European champions carrying a 4-1 lead to the Riazor. Famed for their defensive parsimony they looked a certainty to progress. With a back four of Cafu, Pancaro, Nesta and Maldini they looked in good hands. Pirlo, Seedorf, Kaka and Shevchenko would surely ensure an away goal was scored at some stage. But from the minute Walter Pandiani (remember him?) netted the opener 5 minutes in, they never regained their superiority. Deportivo won the second leg 4-0 to secure a famous 5-4 aggregate victory. Pandiani went on to play to for Birmingham City. How the mighty can fall.

In the final set of the Wimbledon final, after beating her childhood hero Martina Navrátilová in the semis, Czech 24-year-old Jana Novotná was one point away from taking a 5-1 lead against the formidable Steffi Graff. She choked, double faulting to give Graff a glimmer of hope. The German never looked back, taking the set and the title with typical Teutonic ruthlessness. Cue tears on the shoulder of the Duchess of Kent from Novotná, which made her 1998 victory all the more popular. We love a tearful and gallant second in this country.

Not graded any higher because it wasn’t much of a surprise. If, after the last few months, we can bring ourselves to think about series whitewashes in Australia, then this day’s cricket can instantly be recalled. Going into the final day, the draw was odds-on as both teams had piled on more than 500 in their first innings. England started the day on 59-1. Not knowing whether to block or attack, England looked frozen and plodded along with not much more than one run per over. Australia stifled England. The pressure built and resulting collapse saw England bowled out for 129 with Shane Warne taking four. The nature of the dismissals makes it clear just how scrambled England’s brains were at that time. Australia knocked off the necessary runs with ease that afternoon.

Jimmy White is another ‘nearly but not quite’ fawned upon by the sporting public. Having lost four world finals in a row prior to this encounter with Stephen Hendry, he must have thought he was due. Indeed, it looked like he might finally end his World Championship duck. He held what seemed a decisive lead in the final frame when he missed a simple black off its spot, and by some distance. Hendry went on to punish him.  It was the fourth time in five years Hendry had beaten White in the World final. The public once again had to endure watching its favourite succumb to the cocky young Scot.

Full Steam Ahead: How Steam Rose to Power