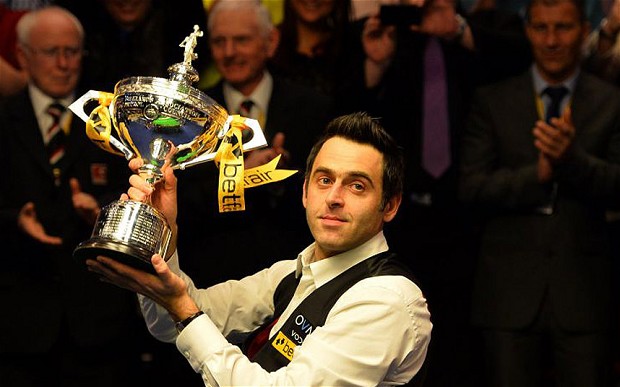 While certain sports like darts and cycling have experienced a resurgence of interest in the last few years, the sport of snooker appears to be declining in popularity among young people. Why is this? Is snooker doing enough to change this? I went to the UK Championships in York to try to find out.

Upon arrival at the Barbican (the current home of the UK Snooker Championships) one of the most notable players in the sports history, Jimmy White, stood outside smoking in a deserted front entrance. This wasn’t quite the welcome I’d expected for a tournament which claims to be the second biggest in snooker.

For a sport with such a proud history, I’d expected the event to have an electric atmosphere. However, unfortunately, it provides nothing of the sort. Instead, I was confronted by a theatre with a closed upstairs bar and very few people under the age of 40 where photos are not permitted. This may be the perfect place to put your feet up and nod off if you’re in your retirement, but not somewhere you’d expect to find a popular televised sporting event.

Unlike other sporting venues which have an arena of atmosphere, it provides one stand for spectators in the first week of play which is barely full. This, coupled with the forced deathly silence of the audience, provides the stuffiest and most uncomfortable atmosphere at a sporting venue one could ever hope to be part of. It could be argued that snooker requires a steady focus with no distraction, but so do darts and tennis (and, quite frankly, most sports). It’s almost as if snooker is stuck in a time warp, refusing to move out of its traditional setting.

It was clear that speaking to the top players was out of the question and you’d have to be far braver than me to get a word out of Stephen Maguire (world number 5) who seemed anything but happy to provide an interview to the BBC even after he’d won. We were able to interview Scott Donaldson, a young 19-year-old player with a world ranking of 76. Although he seemed much more amiable than the rest, he didn’t seem particularly inspirational. This really leaves you wondering where the sport will be when Ronnie O’Sullivan packs it in for good.

Snooker certainly has the ability to engage with younger audiences. It could take a leaf out of the book of darts, which provides a much more spectator-friendly environment and has had real success at drawing in a younger crowd. It has attempted to provide a short form of the game, a one-frame shoot-out, but this doesn’t appear to be advertised well enough to draw anyone’s attention to it. It does have potential, having contracted Rob Walker as MC who also presents darts championships. It also has a great history and some great personalities like O’Sullivan, but it needs to find a way in which to combine these into a winning formula before it can expect a student audience to return.

It would be great to see the sport brought into the realms of popularity within a younger audience that darts has so successful achieved.

Can I Arts you a Question? Is this Painting a Painting?