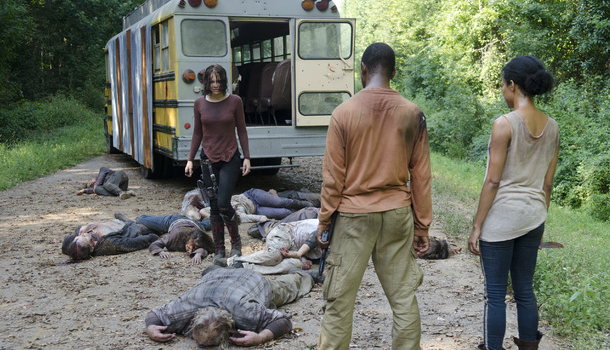 Those of you disappointed with last week’s quiet, character-focused premiere will not be let down two weeks running. This week’s episode of The Walking Dead was packed with more action, answers, and some surprising twists.

‘Inmates’ focuses on the disparate storylines of the rest of our cast, minus Rick, Carl and Michonne (who will be returning to our screens next week). While some narrative arcs were certainly more interesting than others, overall, we at least have confirmation that everyone is alive and (various degrees of) okay.

The most interesting element of this week’s episode was seeing the unconventional sub-groups that have been formed; clearly not random choices on the writers’ part. Beth, grieving for her father and separated from her sister, has only Daryl for company – not the best guy to have around when all you want to do is cry and scream at the world. Maggie, determined to search for Glenn, escapes with the newer and less-developed Sasha and Bob, who would rather put as much distance between themselves and the prison as possible; while Glenn wakes up alone at the prison (although he’s not alone for long). Finally, Tyreese is stuck with the children of the camp: Mika, and a potentially-psychotic Lizzie.

Tensions will surely be running high if the groups fail to find each other soon, but it definitely makes for some interesting television. 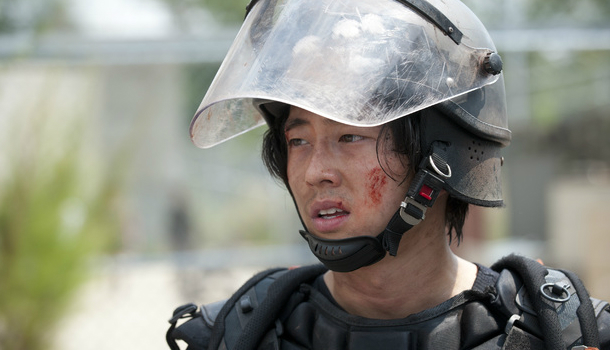 Tyreese’s storyline is probably the most interesting – those of us still wondering about the fate of baby Judith have our answer this episode. Meanwhile, in a moment of need, an old face makes a surprising (or not so surprising, if you think about it) return. His plotline ends with the discovery of a potentially new camp: Terminus.

‘Those who arrive survive’ sound familiar to anyone? It looks like we’re going to finally find out exactly who Daryl heard on the radio last season. Just as this subplot closes, Glenn then opens up another as he bumps into three new faces. I guess we’ll have to wait until next week to find out if they’re friends or foes. In spite of the convoluted characters arcs, one thing is clear: a new focus for The Walking Dead is clearly being established.

Tensions will surely be running high if the groups fail to find each other soon, but it definitely makes for some interesting television.

Next week will (hopefully) feature the entire cast, and may provide some answers to the questions ‘Inmates’ has proposed. My one complaint is that with all the fragmented storylines, the episode seemed a little disjointed – but hopefully our characters will start running into each other soon. At Terminus, perhaps? We’ll have to wait and see.