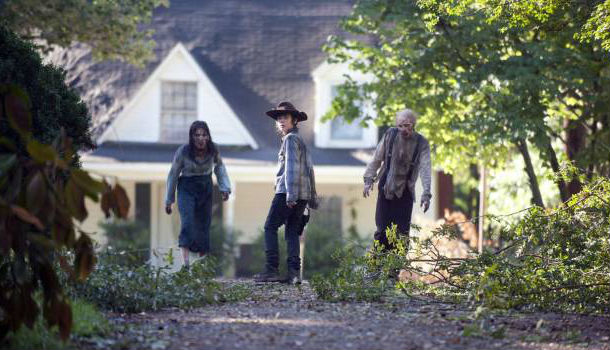 Appropriately titled ‘After’, the premiere of the second half of The Walking Dead‘s fourth season deals with the fallout of the cataclysmic events of the mid-season finale in December. Returning to screens after a two month break, the episode picked up where ‘Too Far Gone’ left off, and focused purely on two contrasting storylines: that of Rick and Carl, and Michonne.

After two months of waiting and wondering (and mourning: RIP Hershel), The Walking Dead is back.

The devastating events of the mid-season finale have left our characters separated, escaping The Prison in small, and sometimes random groups. Rick and Carl are recovering from the potential (although not confirmed) death of baby Judith, and Rick especially is not in a good place. Michonne meanwhile, is alone, and plagued with memories of a previous life that we are so far unaware of (although which does explain some of her actions earlier in the season – remember her interactions with Judith, anyone?).

If you were hoping for an exciting, action packed episode similar to the one preceding it, then I’m afraid you’ll be disappointed. ‘After’ is almost exclusively character-driven, with particular focus on Carl’s response to his sister’s death and his father’s injuries, and Michonne’s emotional instability. An odd choice, perhaps, for a premiere episode, yet interesting nonetheless, and personally, I enjoyed it. 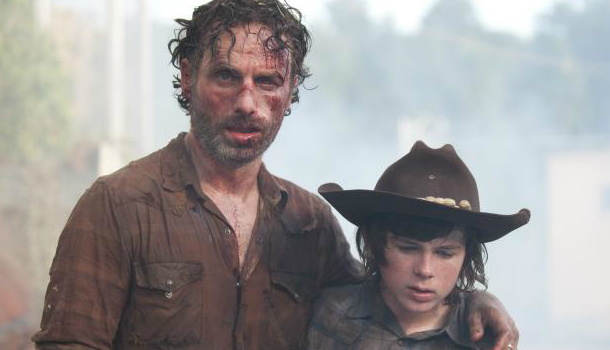 Now, I’m just going to put it out there – Carl is not the The Walking Dead ’s most popular character. In fact, he’s probably my least favourite. However, I thoroughly enjoyed getting to see things from his perspective, and I came out of the episode feeling differently about him (maybe not so far as liking him, but I definitely understand him more).

An odd choice, perhaps, for a premiere episode, yet interesting nonetheless, and personally, I enjoyed it.

So, don’t let the thought of a Carl-centric episode deter you because we were also gifted with new information regarding the allusive Michonne, which is always fascinating. Plus, the final scene will make your heart melt.

Some fans may be disappointed with this slowly paced 2014 return to AMC’s The Walking Dead. Nonetheless, the character development is still certainly interesting, and if you’re looking for action, the promo for next week definitely fits the bill – focusing on the remaining groups of characters, with Daryl, Maggie and Glenn all looking like they’re in life-threatening situations. I guess we’ll have to wait until next week to find out why.