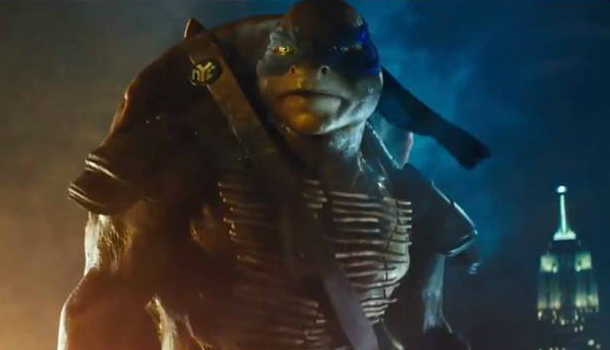 While the name Michael Bay might have you running in the other direction after the disasters that were Transformers 2, 3 and by the looks of it 4, Teenage Mutant Ninja Turtles may want you to give his credit as a producer the benefit of the doubt.

It has all the elements of a Transformers movie; explosions, heroes, villains and even Megan Fox, but with the obvious addition of the ninja turtles. It looks like they have kept true to the comics and TV shows, by ensuring that the humour is very much alive.

What’s more is that with names like Whoopi Goldberg and Will Arnett in the cast you know you’re in for a good ride.

While we only have this one and a half minute trailer, it’s safe to say for now that this movie looks promising. But until the October 17th release, all we can do is to re-watch this trailer and catch up on our TMNT trivia via Netflix.

Impact Speaks to Made in Chelsea’s Proudlock: Take Two