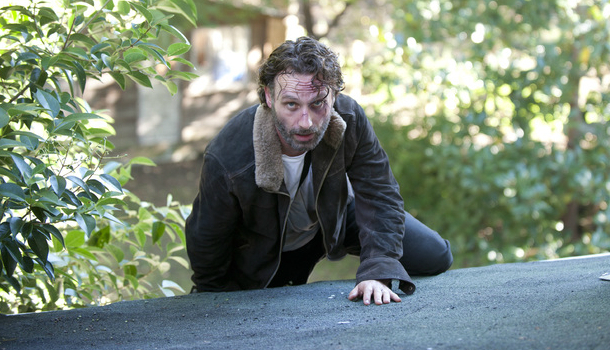 “How many people have you killed?” asked Rick during the first episode of season 4. Well, by this week’s episode, his kill count has certainly risen during 45 minutes of some of the most suspenseful scenes The Walking Dead has offered, and a reminder that the real danger to our characters is not the Walkers, but the other human survivors.

While it wasn’t the full-cast reunion I was hoping for, ‘Claimed’ has to be my favourite episode of the season so far.

Michonne and Carl’s relationship is explored further as they leave Rick to recover from his injuries while they scavenge for food. Rick, however, is not alone for long. Rick’s sub-plot has to be one of the tensest sequences the show has ever executed, and I personally spent most of his scenes hiding behind my hands.

This episode was a great reminder of what the show is actually about: not the danger of zombies, but the danger of humans to one other when placed in dire situations.

Progress was made elsewhere in ‘Claimed’, with Glenn and Terra learning the (supposed) motives of new characters Abraham, Eugene and Rosita. The trio are certainly bringing some exciting new themes into the fold, with Abraham clearly being presented as the most interesting of the three, while Eugene the scientist appears to be a character type we are yet to see on the show. 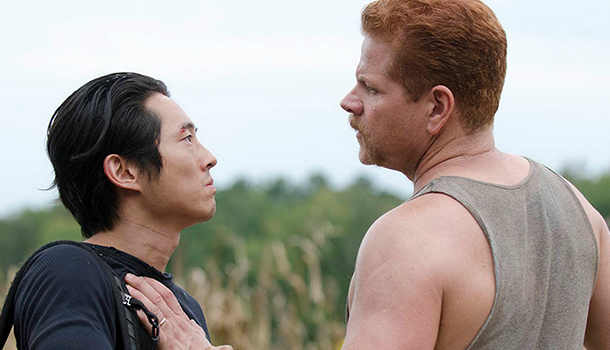 It’s still far too early to trust these newbies, but I’m sure we’ll learn more about them as they stick with Glenn. It should be remembered that Terra is also new, and more to the point, was following the Governor (albeit naively) until very recently. It seems all too easy to automatically trust her, but we don’t really know anything about her either.

The relationship between Michonne and Carl has been touched on before, and appears to be cropping up again, with some fans already saying that Michonne makes for a better mother for him than Lori ever did. In this episode, she divulges to Carl some new information about herself that she’s never revealed before, not even to Rick. Watch this space; I’m sure they’ll be more of this in future episodes of The Walking Dead.

While it wasn’t the full-cast reunion I was hoping for, ‘Claimed’ has to be my favourite episode of the season so far.

Once again, the episode ends with Terminus. When will we find out what this place actually is? With multiple groups heading towards the same place, surely this means a reunion will happen soon. While it’s an interesting concept to explore our characters in mini sub-groups, I’m looking forward to them finding each other again. Although if next week’s sneak peek is anything to go by, that may not happen for a while.