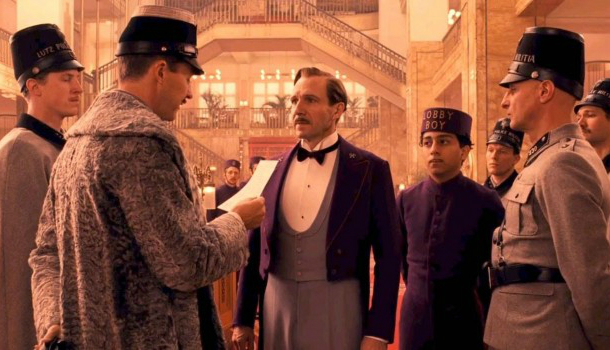 Wes Anderson’s art house comedy The Grand Budapest Hotel is a whimsical portrait of a lobby boy’s journey from rags to riches. Set in the fictional, central European-esque Republic of Zubrowka, the film centres on the titular hotel during its heyday in the early 1930s. It’s a quirky, meticulously directed, visually stunning work that is well worth seeing.

At its core, The Grand Budapest Hotel explores the friendship between two of its characters, the concierge Gustave (Ralph Fiennes), and his lobby boy protégé, Zero (Tony Revolori).

When one of Gustave’s wealthy patrons dies under shady circumstances, he is prompted to travel to her estate. Her will dictates that the concierge should receive a highly valuable painting, Boy with Apple, which enrages her son Dmitri (Adrien Brody). However, Gustave is soon accused of and imprisoned for her murder. As the spectre of fascism looms over Zubrowka, Zero and his fiancée Agatha (Saoirse Ronan) must help the innocent concierge escape, as well as safeguard the painting. 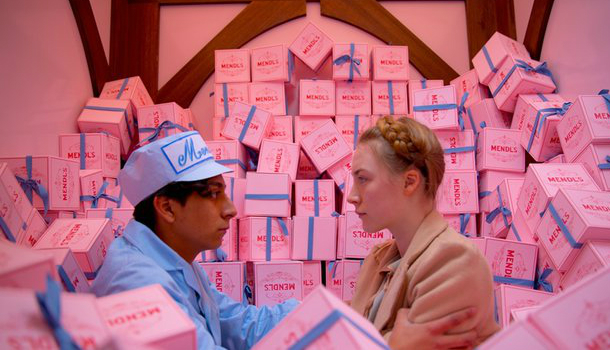 Anderson’s star-studded cast presents a double-edged sword for the film. On one hand, stage-trained actors such as Ralph Fiennes add an aura of excellence in their fluid and rapid fire delivery of lines. On the other hand, cameos are so abundant that they may seem contrived and distracting. Recognisable faces such as Bill Murray may bring a smile to audience members’ faces, but they do little do advance the plot.

Nevertheless, the characters are memorable, if somewhat cartoonish. I particularly enjoyed Willem Dafoe’s portrayal of the callous assassin J. G. Jopling. Despite having no lines, Dafoe’s calculated movements and chilling demeanour in his pursuit of Gustave and his sidekick across alpine slopes add a welcome level of tension, disrupting occasional narrative lulls. 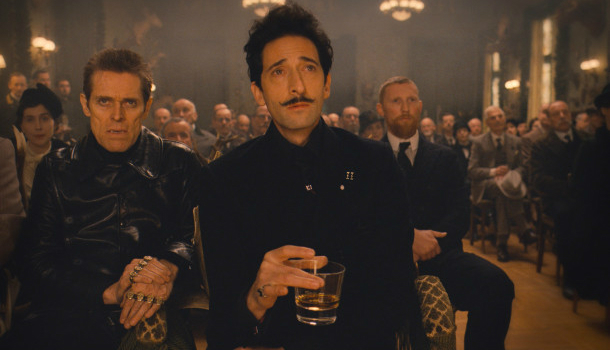 The film’s dialogue is very well written. At times grandiloquent and poetic, at other times laconic and amusing, Anderson adeptly illustrates the charmingly oddball tone of the film. Often, Fiennes’s affably pretentious character quotes from romantic poetry as a means of expression, characterising him as personable yet strict.

Considering the projects that Fiennes has undertaken in the past, such as Voldemort in the Harry Potter series, he seems cast against type. As it turns out, he has a great sense of comedic timing and I would gladly see him in more upbeat, humorous roles. 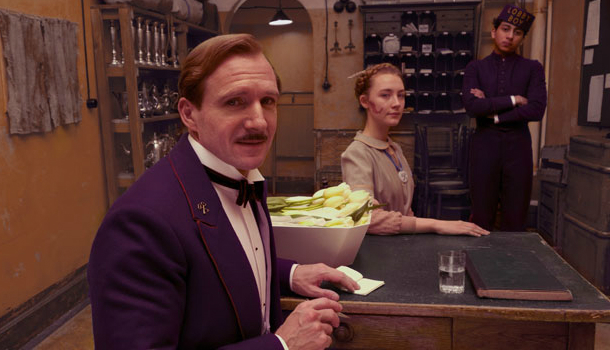 The cinematography stands out as The Grand Budapest Hotel’s most striking feature. Few films in recent times seem to have been so painstakingly crafted. Every frame of Anderson’s work is a carefully exacted mise-en-scène, alternating between shots of the elegant arrangement and saturated colours of the set, to multiple close-ups of his vibrant characters. The rectangular, beeline guidance of the camera – especially during Gustave’s escape out of the prison – engenders an aesthetic symmetry. This combines with characters’ sparse utterances to reinforce the comedic timing and eccentric tone.

It’s a quirky, meticulously directed, visually stunning work that is well worth seeing.

The interior of the hotel itself is extravagantly embellished and almost functions as a character in and of itself. Thus, Gustave’s interactions with the lavishly dressed upper-class guests are provided with a suitable backdrop, albeit one that gradually fades into abandoned decrepitude.

All in all, Wes Anderson’s The Grand Budapest Hotel is a thoroughly captivating, if somewhat camp work of cinema that is sure to entertain.