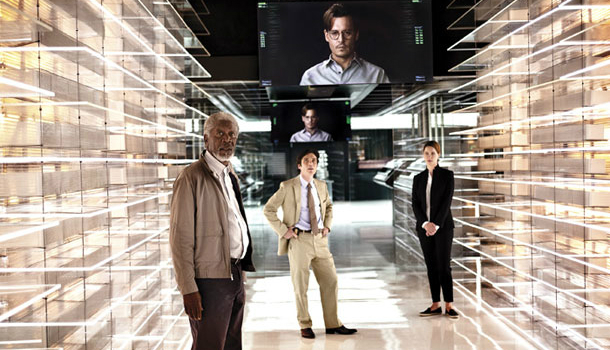 The concept behind ‘cinematographer-cum-director’ Wally Pfister’s sci-fi vision Transcendence is a fascinating one. A super intelligent scientist is fatally wounded by an eco-warrior and then ‘uploaded’ to live on as a digital entity. However, he quickly turns into a rampant AI, hell-bent on ‘upgrading’ humanity. Sound awesome? I thought so. Sadly, as the credits rolled at the end of a whopping two hours, I felt quite disappointed.

The story follows the Casters, Will (Johnny Depp) and Evelyn (Rebecca Hall), two brilliant scientists working at the top of the AI field. However, when Will is shot with a radioactive bullet and given a month to live, Evelyn races to upload his consciousness digitally, despite warnings from fellow researcher and potential love interest Max (Paul Bettany).

When the upload appears to be a success, the Casters relocate to their new research base, out in the desert, deciding to assist mankind from afar, away from prying eyes. But Will soon begins to change in ways that Evelyn isn’t quite happy with, leaving her with a dilemma: live without the love of her life or watch as he takes control of the planet. 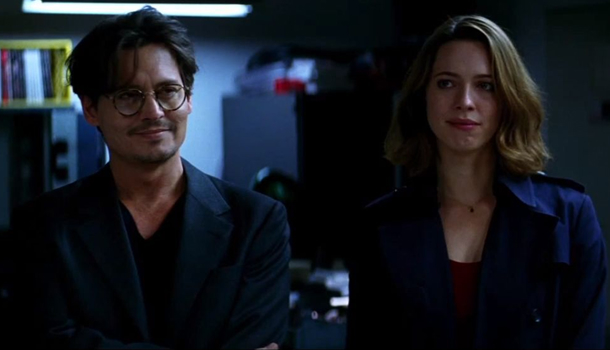 Whilst exploring real-world concerns about the rapid growth of technology, Transcendence never really ‘transcends’ what has been seen before in its genre. With gaping plot holes and often sluggish storytelling, the film is weighed down by its flaws.

RIFT, the terrorist organisation set on limiting the growth of AI technology, is both the cause of events (orchestrating Will’s shooting, along with the deaths of a number of other scientists) and then become the only people battling ‘Will’ and his army of nano-particle controlled zombies. They end up causing exactly what they were trying to stop. If ever there was an advert for peaceful protest, this is it. Sadly, there is also very little actual development beyond ‘we don’t like AI power’, which quickly becomes ‘we told you so’. 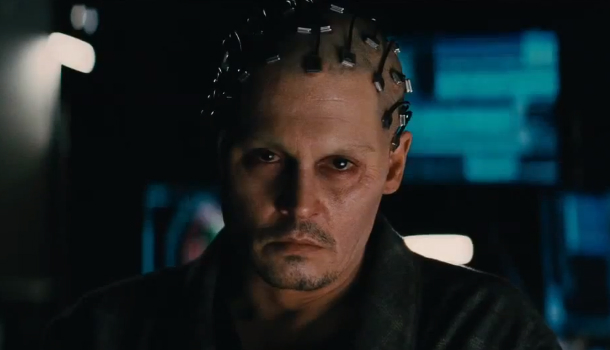 Another real problem with Transcendence is the bizarre time scales involved. With Will uploaded, Evelyn sweeps into the desolate town of Brightwood, buys everything, and just a few weeks later, there’s a gleaming white research centre five stories under the desert, complete with hundreds of gleaming solar panels stretching as far as the eye can see. Built in two weeks? Seriously?

Then there’s another jump, and two years have passed and the couple are rapidly expanding the boundaries of science. Normally, I might not have noticed, but in such close proximity, the weird time scales felt jarring.

Having said this, the cast is a strong one. With Depp and Hall giving great performances in the lead roles, with palpable romantic tension between their characters even managing to cover some of the weaker dialogue. Despite the scripts weak characterisation, the supporting cast is also very good, with strong turns from Paul Bettany, Morgan Freeman and Kate Mara. 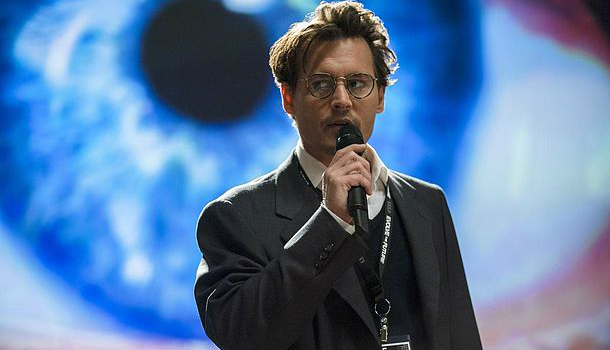 Cinematographically, Transcendence is outstanding. This is as one would expect from the film’s director Pfister, whose director of photography credits include The Dark Knight trilogy, Inception and Moneyball. So visually, the film is pretty awesome.

However, the cast and camera are unable to quite make up for the flaws of the film. The two hour running time feels longer due to the problems with the script and story. What I found particularly annoying was the ending’s negatation of most of the preceding climax.

With Spike Jonze’s Her such a recent release, it’s hard not to compare the two tales of technological intelligence, though Transcendence cannot compute in comparison.

As a directorial debut, it’s not a great effort, and it seems Pfister’s strengths lie very much in his cinematography.