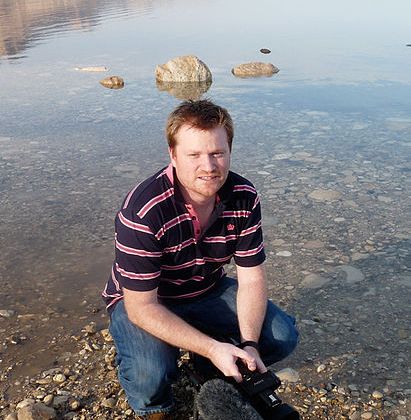 Brady Haran is a video journalist who previously worked for the BBC before becoming an independent film maker. He has collaborated with The University of Nottingham on a number of high profile educational YouTube channels, including Numberphiles and the Sixty Symbols project, which collectively have over 2 million subscribers. He has won multiple awards for his videos that aim to engage everyone in the world of science.

What interests you in making educational videos, particularly about science?

I am bit of a science nerd and find everything amazing… And when I learn amazing stuff, I want to share it with as many people as possible. Online video is a good way for me to do that without too many “middle men” getting in the way.

Can you describe your video projects “Periodic Videos” “Numberphiles” and “Sixty Symbols”?

There are quite a few video projects, but the three most popular are Numberphile, Periodic Videos and Sixty Symbols. Numberphile is mainly about mathematics, but really can be anything involving numbers. Periodic Videos is a chemistry series, sometimes focusing on the periodic table but really just anything that takes our fancy. Sixty Symbols is the same sort of thing, but with physics.

You’ve collaborated with the Schools and Chemistry and Physics for your work, how did your work with The University of Nottingham start?

The collaboration started with a project called Test Tube, which was a bunch of videos aiming to show what science is “really” like. That project is still going, but led to a bunch of spin-offs like Periodic Videos and Sixty Symbols. The university has been great and really embraced our video experiments.

You previously worked at the BBC and are now an independent film marker- what do you find effective about posting your videos on your YouTube channels?

There are no artificial restrictions. We can make as many or as few videos as we like. They can be long or short, serious or funny. We can make a music video one day, and an hour-long serious interview the next.

Do you see YouTube as the future of film making?

I think we may be past the point where YouTube, or online video, is the “future”… It is very much the present. How many people do you know that don’t consume at least some videos from the web? I think the future of film making is more likely to be something I am not clever enough to think of.

What have been your greatest achievements in video journalism and do you have a favourite video in particular?

The thing I like best is when people get in touch and say our videos have really affected their lives in a positive way or inspired them to further their own education. It is kind of scary but nice to think just making little videos can be so powerful.
My favourite videos are the ones when we go behind closed doors and show amazing places, like inside the Bank of England gold bullion vault or the nuclear labs at Sellafield.

Your YouTube channels have over 2 million subscribers combined, why do you think there has been such a surge in popularity for educational videos?

People like finding stuff out. If you can do it in a way that is entertaining or appealing, people will watch. I have probably been a bit lucky with my own videos, and I also film some very talented academics who are unquestionably the real stars of the show.

Can You Maintain Your Degree and a Part-time Job Whilst at University?