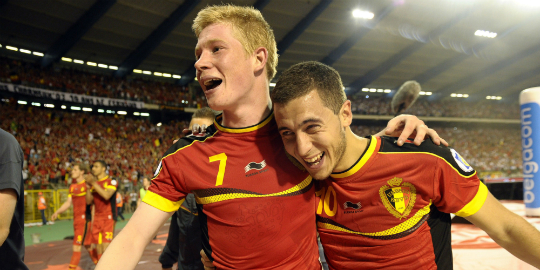 With the World Cup only a few weeks away, Belgium has emerged as one of the dark horses for the competition. Currently ranked fifth in the competition, Belgium’s squad includes the likes of Romelu Lukaku, Eden Hazard, Adnan Januzaj and Thibaut Courtois. With 11 out of their 23 man squad currently playing the Premier League, one cannot help but feel a connection with them. So how has a team that hasn’t even qualified for a major tournament since 2002 suddenly come about as a possible contender for the 2014 World Cup in Brazil next month?

After bowing out of the World Cup in 2002, KBVB, the Belgium football association, developed a 10-year grassroots scheme to develop young talent. This has resulted in a host of young talent developing through the ranks of the Belgium Jupiler League and playing for the likes of Genk and Standard Liege before securing a bigger move overseas. A fine example of this is Thorgan Hazard, Eden’s young brother, who currently plays for Zulte Waregem and will likely return to his parent club Chelsea in the Premier League next season.

The Rise of the Red Devils

After not qualifying for a major tournament for so long, Belgium football fans were getting frustrated with their governing body. Fans were trolling them on Twitter and things were getting ugly.

The KBVB acted fast and recruited a marketing agency called ‘Boondoggle’. The Belgium team were rebranded to the ‘Belgium Red Devils’ and fans were set tasks and challenges to increase interest and attendance.

The supporters were encouraged through videos posted regularly by players to undertake challenges relating to the team’s matches. In one challenge, fans were asked to fill the 46,000 capacity national stadium in Brussels and to ‘collect’ 500,000 decibels of noise. Young children were asked to paint pictures of their favourite players and thousands of these decorated the stadium. Belgium are getting the fans interested when they’re young. In effect, Belgium are creating lifelong fans.

In return, the players would always respond to their fans when a challenge was met. This included sharing their favourite pictures on social media and letting fans throw red paint on them after games. In return for fans ‘collecting’ the noise, some of the players took part in a kick-about wearing inflatable sumo costumes. 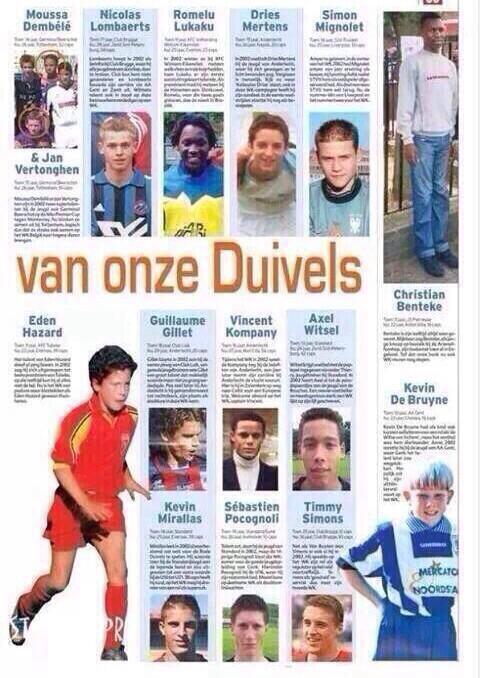 Belgium has been drawn against Russia, South Korea and Algeria in the group stages. Based on the fact that they were unbeaten in 10 games during their qualifiers, the Red Devils should sail through to the last 16. They will face the runner up of Group G – likely to be Portugal or the USA. Realistically, the Belgian boys should be looking to reach the semi-finals and use the World Cup as a stepping stone for the Euro 2016 competition.

Eden Hazard – after being named Chelsea’s player of the season and winning the PFA Young Player of the Year award, the 23 year old Belgian winger is certainly one to watch.

Romelu Lukaku – the man is a scoring machine and with countryman Christian Benteke ruled out of the competition due to injury, Lukaku will be certain to start every game. There is a lot of doubt surrounding which club he will be playing for next year, so no doubt he’ll be using the World Cup as a platform to boost his transfer prospects.

Thibaut Courtois – the 22-year-old goalkeeper has recently been hailed one of the best keepers in the world and his recent run of form has seen Atlético Madrid win La Liga and reach the final of the Champions League.

IMDb Top 250: The Greatest Films Of All Time?