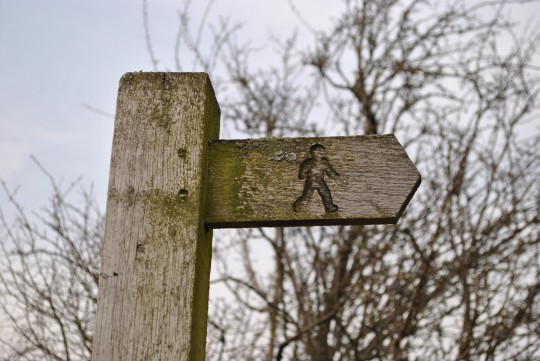 Not sure if you want to take the plunge into the dizzying world of the University’s 200+ societies? Don’t know your Blowsoc from your Bladesoc? The Socumentaries team endeavours to sample as many societies as possible so you don’t have to.

Soc-umentary – A factual article about a society, presenting the facts with little or no fiction. As in, ‘Did you see that socumentary about fashion? That shit cray.’

As one of the oldest societies at the University of Nottingham, it was only fitting that RAMSOC hold an enormous celebration for its exciting 80th year as a society.

It wasn’t just any celebration either. RAMSOC attracted a massive 70 people to a suit and tie event at the Albert Hall in town; and the next day 120 walkers, with various levels of hangover, graced the Peak District.

Society alumni were invited, and quite comfortably outnumbered the current students on the walk. They even had the cheek to mock the current society for its relative unpopularity – though judging by their bellies, it had been a while since they’d last been rambling. “Back in the day”, they harked on, RAMSOC had managed to fill five buses of ramblers every single weekend. One alumnus was living proof of this legendary RAMSOC loyalty, having travelled all the way from India just for the weekend. 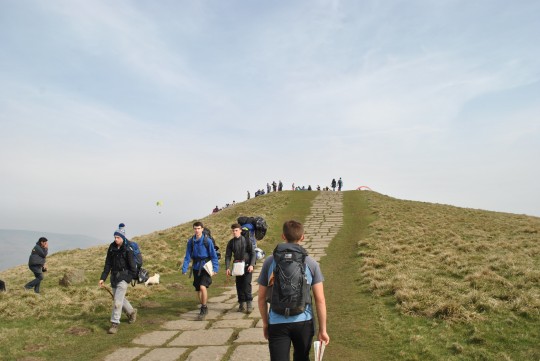 For those who know as little about ‘rambling’ as I did before the walk, here’s a quick dictionary definition, though I’m still not quite sure which one applied…

noun: rambling
the activity of walking in the countryside for pleasure.

adjective: rambling
(of writing or speech) lengthy and confused or inconsequential.

Neither description filled me with excitement, and the apparent oxymoron of ‘walking for pleasure’ was initially confusing, yet my own misconceptions were quickly dispelled on a thoroughly enjoyable day.

My ‘kit-inspection’ the night before the hike, which involved running over to Sainsbury’s to buy a shit-load of chocolate, had somewhat frightened me too – my hiking boots, which hadn’t seen the light of day for god-knows how many years, had a gaping hole in them, and were about three sizes too small. 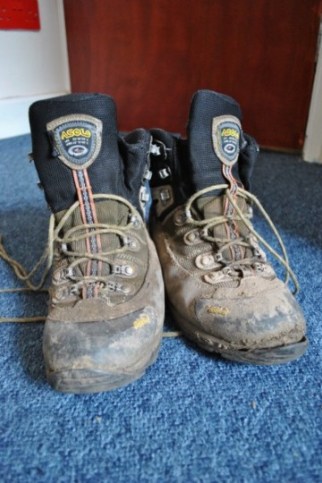 Nonetheless, at 9:00 on the morning after the clocks went forward, I saw my journalist commitments (haha!) put to the test when having found the buses, I was asked to select from the four walks available: easy, easy-medium, medium, and difficult. Despite my primal instincts screaming at me to choose easy, my need to not appear weak overpowered my common sense, and I chose medium. 9.5 miles and a 650m ascent were by far and away enough for me anyway, especially on a peaceful Sunday that would have otherwise been spent in bed. 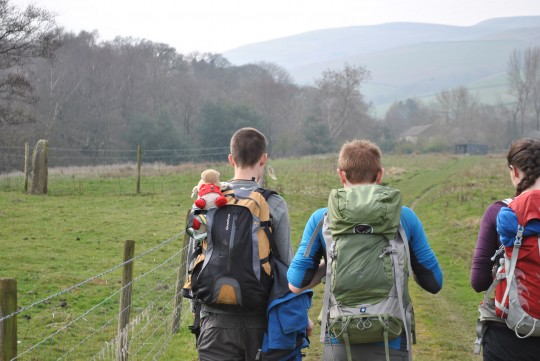 The walk itself was really very pleasant – the Peaks are stunning and are astonishingly close and accessible to Nottingham. The day ran flawlessly, and competent walk-leaders ensured that everything went to plan and safety was evidently important to the society. Even the weather was perfect – someone, somewhere, wanted RAMSOC to win an award for Nottingham Uni sporting event of the year. 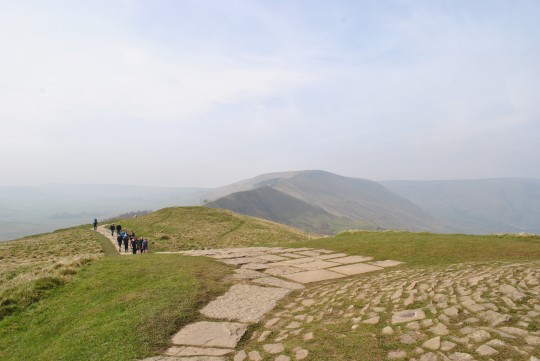 Stopping for lunch at some point along the Great Ridge or Lose Hill (don’t ask me, I wasn’t allowed within 10km of a map) was a highlight. Never had squished sandwiches looked so darned appetising, and the thrill of being at risk of falling off the side of a hill made it all the more breathtaking.

The pub has never been as welcome a sight as it did after nine miles of asking “are we there yet?”. The sign: ‘The Nag’s Head’ could not have been more inviting, and never have I felt less judged for ordering the least healthy food I could find on the menu. Naturally, after walking all day long, one pint was all that was needed to send me into an alcohol-induced coma for the entire bus trip home. Somehow, it also numbed the pain of my little toe, which was surprisingly still intact. 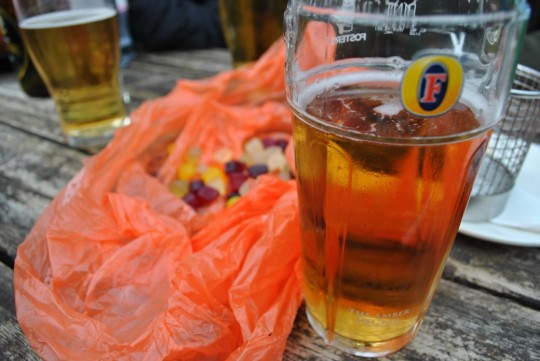 It’s clear that RAMSOC can cater for your every need, whether you go for the good company and the opportunity to meet new friends, endless photo opportunities, to improve your fitness (totally not why I was there), or to bitch about people back in Nottingham because you’re in the middle of nowhere and there’s no danger of you ending up on ‘Heard in Hallward’.

RAMSOC’s exciting 80th Anniversary worked a treat to highlight why it is still one of the university’s largest societies. At £9 membership, followed by another £9 per walk, the society offers a really good value for money experience. Furthermore, having been told about the famous ‘Cake and Ale’ social, it sounds like this is an outrageously good society to be a part of.