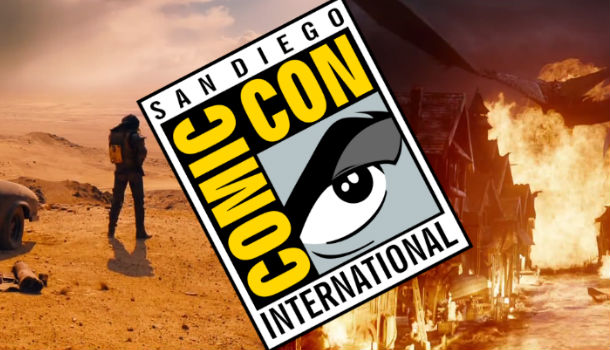 As always, 2014’s Comic Con presented the world with an abundance of glimpses of upcoming releases to get excited about, and this extended Trailer Watch is bringing you some of the highlights to keep an eye on over the coming months. 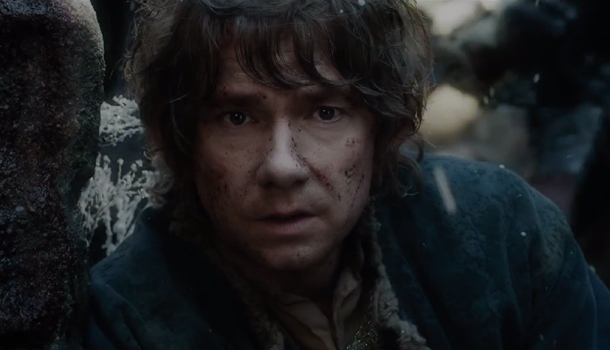 The Hobbit: The Battle of the Five Armies

Finally, it has arrived. The first look at the concluding part of The Hobbit trilogy, The Battle of the Five Armies. And it looks immense, promising destruction and thrills on a massive scale. At the end of The Desolation of Smuag, Bilbo Baggins and his assorted dwarf companions had finally reached The Lonely Mountain, only to awake and anger Smaug the mighty dragon, who promptly flew off to burn nearby Laketown.

In this, the first look of Peter Jackson’s latest (and possibly last) excursion to Middle-Earth, the destruction of Laketown appears to be the focus, with the smoking ruins cropping up in many of the shots. The shot of Smaug descending and engulfing the town in flames is truly epic whilst the clips of the eponymous ‘five armies’ (elves, humans, dwarves, goblins and orcs in case you’re wondering) show that the scale of this film is likely to eclipse its predecessors. A shellshocked Bilbo makes it very clear: not everyone will survive this film… 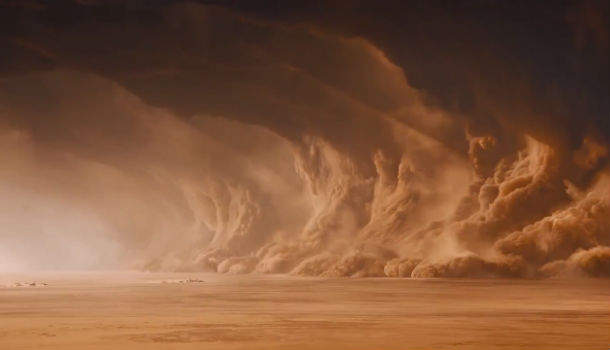 One of the highlights of the previews was this first glimpse of George Miller’s long-time-coming Mad Max: Fury Road, the fourth entry in the franchise and the first not to star original Max, Mel Gibson. Having been in the planning for over two decades, the film’s preview gave the first glimpse of Tom Hardy in the title role, and more importantly presents the dystopian wasteland future (is there any other kind?) as a land that clicks with modern viewing sensibilities without short changing the classic original trilogy – or classic original two films and Beyond Thunderdome, depending on your opinion there…

What looks most promising is the CG effects are mostly limited to creating the frankly incredible landscapes, and that the high-speed mangling of crude motor machines and nihilistic-punk styled bodies is remaining mostly practical, an exhilarating element the original films were always praised for. 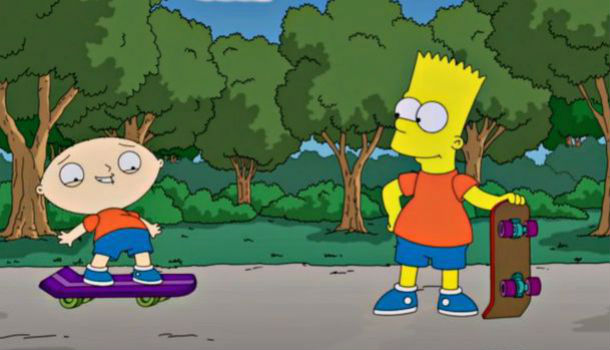 Comic-Con premiered the first look at the Family Guy/The Simpsons crossover, with a surprisingly long 5 minutes of footage unveiling the upcoming episode of Family Guy, titled ‘The Simpsons Guy’, which brings Peter Griffin and his family to Springfield. As a lover of The Simpsons and loather of Family Guy, this is an amalgamation of animation that I would rather not see exist, but it does.

Making the most of its reality, I can’t deny that the clips in this trailer from the mash-up premise aren’t as intolerable as expected. Many self-referential jabs at the critique of Family Guy‘s parallels with The Simpsons appear to be a mature approach that might just work. Overall, Springfield’s characters certainly exhibit the superior sophistication in humour, while the crude attempts at shock laughter left for Family Guy remind us that the two families should exist in separate universes, but perhaps the gang from Futurama will show up and correct that paradox.

The hour-long episode (which really means 40 minutes) will be broadcast this September on FOX. 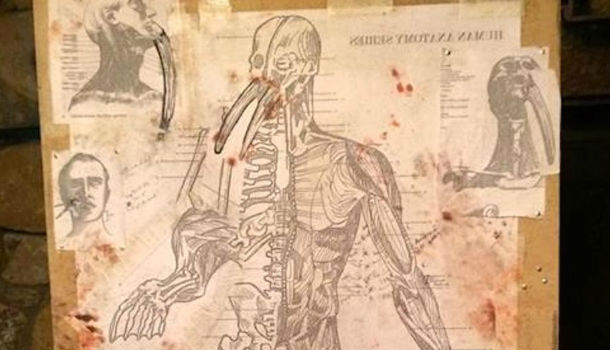 Avid listeners of Kevin Smith’s Smodcast will be familiar with Tusk’s progression from news article to podcast episode to feature film via the power of social media. But for the uninitiated, the debuting trailer provides the first glimpse of the latest passion project from the director of Clerks and Chasing Amy.

In the first part of Smith’s loosely connected ‘True North’ trilogy, an ageing seafarer (Red State’s Michael Parks) kidnaps a podcaster (Justin Long) to fulfil his peculiar walrus obsession. Co-starring is Haley Joel “I see dead people” Osment as his podcast co-host and Genesis Rodriguez as the girlfriend who goes searching for him.

Expect culture jokes aplenty as Tusk is Smith’s first feature set in the mysterious and majestic land of Canada. Surprisingly restrained, the trailer gives little away, including the all-important reveal discussed in excruciating detail on his show.

Fans of Smith and Smodcast will already be sold, for everyone else I’m not sure how well this trailer sells the picture, but don’t let that put you off, Tusk has the potential to be the horror sleeper hit of the year.

Scrapbook – Films Not Set On Earth

Album Review: Merchandise – ‘After The End’