What’s coming up for University of Nottingham Sport this semester? 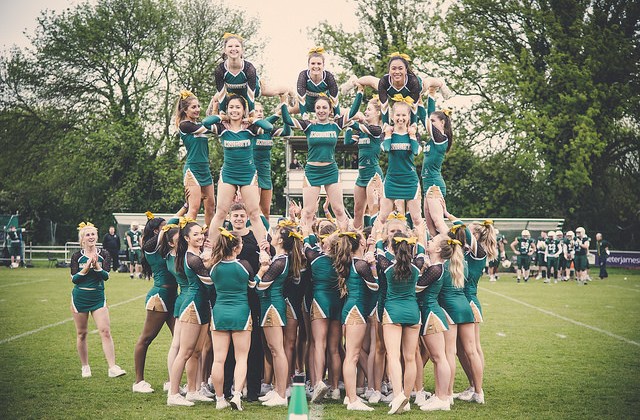 As the University of Nottingham embarks on a new semester of sport, there is plenty going on at the DRSV to get excited about. From the obvious Varsity series to the PG Mutual National Table Tennis Championships, the University is hosting or is involved in a variety of local and national sporting events.

The best talent in squash from across Britain will be competing in Nottingham for the National Championships. The qualifying and early rounds will be played at the Nottingham Squash Rackets Club and the latter stages will then move to the DRSV, in the professional standard glass squash court.

Tickets start at as little as £10, so if you fancy watching Britain’s elite go toe to toe, book your tickets online now at isportstore.com.

The BUCS Nationals 2019 will return to Sheffield for its 10th year, where 6000 students across 8 sports descend on the city. This includes 100 University of Nottingham student athletes who will be looking to bring home some silverware for the Green and Golds.

The Championship events which take place across different venues around Sheffield, with over 500 officials and volunteers making the sport happen on and off the field of play.

The eight sports featured in the Championship are:

We are delighted to announce our biggest #BUCSNationals live broadcast operation ever will take place this year to mark 100 Years of British University Sport ? pic.twitter.com/xsR8p739i5

The varsity series returns for 2019 with a number of key fixtures throughout March and April including Ice Hockey and Basketball fixtures at the Motorpoint Arena. As usual the University will lock horns with their city rivals Nottingham Trent for an exciting period of sport, and a chance to take bragging rights for another year.

The University of Nottingham claimed the varsity title for the 7th year running in 2018, winning by 11 varsity points to 9 including another emphatic 12-0 win on Super Wednesday.

University of Nottingham Sport Headliner in association with RedBull

The return of University of Nottingham Sport’s match in focus series will return to support 2 fixtures during the spring semester.

The headliner fixture will take place on Wednesday the 27th of February with the Women’s Lacrosse cup quarter final. Their opponent is yet to be decided with a last 16 knockout fixture to be played on the 20th of February. The team features a range of international players including Livvy and Bella who have recently represented England in the A tour to America, with the World Cup selection taking place after this tour. Tickets are FREE but need to be booked in advance, so grab one whilst you can. There will also be a collection for the Children’s Brain Tumour Research Centre on the door.

The second headliner fixture is yet to be decided.

In the autumn semester our Netball 1’s beat NTU netball by 1 point in our headliner in front of 400 students at DRSV. The free event game was streamed live on UoN Sport social channels and went down really well with students. It would be fantastic to similarly gain this sort of support for the upcoming fixtures.

If the University of Nottingham wasn’t hosting enough this year, the PG Mutual National Table Tennis Championships are set to take place from the 1st of March to the 3rd. This will include the country’s top players, including Team World Cup winners and Commonwealth Games medallists, as well as the top para players, both standing and wheelchair athletes. The talent on show will be well worth a watch.

The PG Mutual (Senior) National Championships are the pinnacle event of the Table Tennis England calendar!

Tickets are ON SALE NOW!

The Premier Squash League returns on the 5th of March at David Ross Sports Village as the University of Nottingham take on Warwick to try and reach the semi-finals. The evening will showcase world-class squash including a performance from former World number 1 Nick Matthew and rising GB star Declan James, on top of a wide range of younger talent. It will certainly be a scintillating contest.

Tickets for adults are priced at £15, students £5 and the match is free for under 16s accompanied by an adult.

This year is again looking positive for the University of Nottingham teams, as the Green and Golds currently top the BUCS league table, showing a significant improvement from last year’s 4th placed finish. With the advantage of playing on home soil, let’s hope the University can build on their 7 BUCS Big Wednesday wins from last year.

Should computers replace pen and paper in all written exams?