Why are Gen-Z the Least Confident Generation Yet?

According to Teledentistry company Smile Direct Club, Gen Z are the least confident age group whilst Baby Boomers are the most secure. A side-by-side comparison of Gen X and Gen Z throws their differences into sharp belief. Each is a product of coming of age in a very different time. Gen X, otherwise known as “Baby Boomers” were born between 1965-1980, where the generation dominated political, educational, business and social areas. Whilst Gen Z, otherwise known as “snowflakes”, grew up with technology, they’re the keepers of their own brand, spending hours each day on social media and living life online in multiple social spaces.

In comparison to past generations, we are the most empowered group of individuals. The “quiet generation” born during WWII were the most repressed, having the least amount of freedom to go about their life. Gen X, on the other hand, held the most freedom; attending university, illegal raves, parties, earning a degree, then finally making the life their parents wanted.

Now us, the result of Gen X, though told we’re invincible and can do no wrong, are facing the repercussions of our parent’s actions; politically, socially, environmentally and economically. Hence, we are the most passionate group of individuals about making a change – no living generation has shown more interest in bettering the world, and as a result, no generation looks wiser today. Due to advances in technology, social media has enabled us to keep ourselves connected and open our eyes to the many injustices in the world. However, is that the foremost unforeseen misfortune placed on our generation? 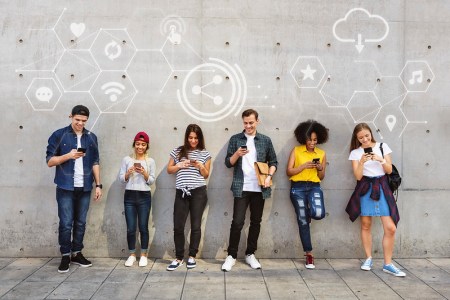 An average person in the UK spends at least three hours and twenty-three minutes on social media, let alone messaging, checking emails and more. Especially with the rise of social media, our generation has adopted an unhealthy addiction to living online. The constant barrage of perfectly filtered photos that appear on Instagram are bound to knock many people’s self-esteem; especially Instagram, enabling us to do a side-by-side comparison of our lousy prosaic feed to other’s aesthetically perfect Instagram photos. Due to the great amount of time we spend living on such platforms, we subconsciously compare the way we live our life to theirs, causing a never-ending cycle of misery as we cease to see that we will never be like them.

Though it is unnoticeable, living on our phones can drive us further away from the social beings we are. Through the conjoining of us and our screens, we are slowly starting to lose our mutual human connection with one another due to constantly tapping and swiping on digital screens. It’s almost like we’re forgetting to communicate and forge personal connections with one another. We’re getting so comfortable with our phones, we’re beginning to treat them as our companions rather than our fellow humans.

Having enough sleep is of paramount importance. However, yet again, use of our phones before choosing to sleep makes it immensely difficult to fall asleep. Though it may be a way of taking a break and priming ourselves to sleep, the blue light from our devices just inches from our face can suppress the release of melatonin – the hormone that helps us feel tired. Hence, along with a generation full of anxiety and depression, insomnia tends to also rise from the pile. 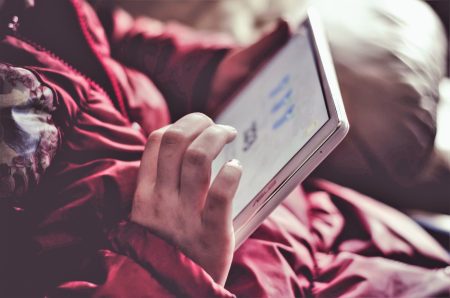 Unfortunately not. Gen Z also have a brooding inventory of other things to worry over. We appear to be more affected by world events than previous generations, a twenty-four-hour news cycle that relentlessly gushes out information via innumerable channels results in avid digital consumers having a front row seat to the hardships and suffering of people across the globe. It is not only this significant issue that affects the distressed subconscious, but university looms large for Gen Z. It is observed that today’s youth focuses on their academic record at a much earlier age, paying for higher education and questioning whether a chosen degree will set them up for a career of solid success. With the high fee a soaring sum of nine thousand pounds a year, Gen Z hold a dooming grey cloud of debt post-graduation.

“There’s a simmering undercurrent of hope beneath Gen Z – a generation willing to take a stand on anything and everything, from climate change to equal pay”

As sharp as this drop in confidence is, all is not lost. Activism is on the rise. There’s a simmering undercurrent of hope beneath Gen Z – a generation willing to take a stand on anything and everything, from climate change to equal pay. Gen Z may have little confidence in themselves or the future of the planet, but their passion for protest shows they are not going down without a fight.

Featured image courtesy of Felip1 x via Flickr. Image license found here. No changes were made to this image.

Article images courtesy of D J A and ?? ?? via Flickr. Image license found here. No changes were made to these images.

How has the Coronavirus Affected my Second Year of University?

The Global Response to Covid-19: Compared