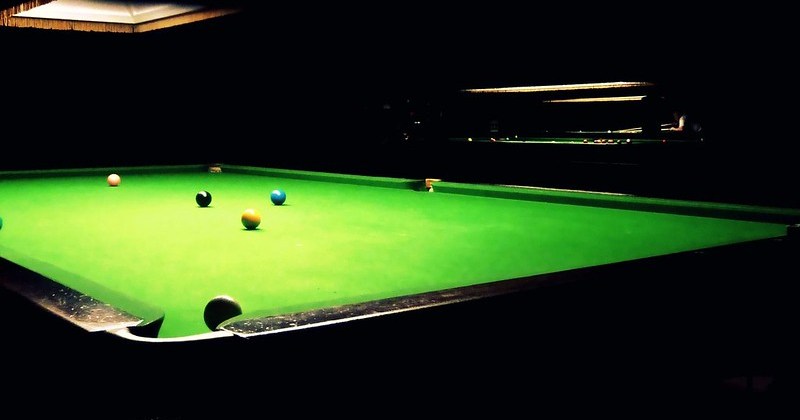 Despite the cancellation of crowd-pleasing sporting events, such as the Tokyo Olympics and annual favourites like the Wimbledon Tennis Championships from 2020’s calendar, as well as a prolonged hiatus away from the football pitch, cricket crease and Formula 1 track, this summer has allowed those sports played at a steadier pace to have their moment in the spotlight.

Golf has been the standard- bearer for the return of British women’s sport post COVID-19. Established British talent Charley Hull and rising star Alice Hewson are on top form after a blistering battle between the pair at the first match of the Rose Ladies Series earlier this month; mirroring the shock wildfire which cut short the tournament after scorching through East Surrey. Growing support from major figures in the men’s game, namely Justin Rose who sponsored the above series, hint at the stirrings of a surge in interest in British women’s golf. Perhaps the upcoming Women’s Open, which has secured an extension with sponsor AIG, and due to be hosted for the first time at the prestigious Royal Troon, will spark a new sense of appreciation for this decidedly under-appreciated sport; at the very least, expect more sparring between Brits Hull and Hewson.

As other traditional British sports, like cricket, face a reckoning with out of date customs, golf must strive to remain contemporary. Hull has some genuinely progressive ideas for energising speed of play and for combatting the sluggish image of the sport; shot penalties and even fines have been touted to reduce slow play. The men’s’ game saw a new name rise to the top of the ranks at the US PGA Championship as 23-year-old Collin Morikawa was crowned champion after he batted off competition from household names (for gold fans at least) Dustin Johnson, Paul Casey and Jason Day. Morikawa finally broke free from the pack on the final day, Sunday, with a serene round of 64 to cement himself not only as the victor at the tournament but as the forebearer of a “new breed of superstar” in the sport.

Fighting talk from the youngster, a determined pitch to add further titles to this first significant accolade and the next major around the corner mean that the old-guard have got to up their game- not least of whom, Northern Ireland’s Rory McIlroy, who flaked yet again after an optimistic start to the tournament. With the Masters- undoubtedly the most thrilling major of the season- rescheduled for November, all eyes will be on the hallowed turf of Augusta for another chance to soak up that particularly inspiring atmosphere.

Gratitude. To my family, friends, and the people who believe in me, I simply want to say thank you. We did it! But we’re not stopping here, let’s keep this going 🤙🏼

Snooker has a -not unfounded- reputation as a dull sport, but loyal fans evidently disagree with that assessment and find that the gentle ‘clink’ as the cue ball makes contact, the hushed commentary and polite applause make snooker an altogether more pleasant viewing experience. You could be forgiven for thinking that tranquillity reigns at snooker’s premier venue – but as this years’ World Championships have shown, snooker at the Crucible can be every bit as high-octane as the speediest of sports.

Two of the most dramatic semi-finals in the sports history contributed to a palpable electric atmosphere in the compact arena; this was heightened when a reduced audience were permitted to spectate (socially distanced, of course) at the final. Veteran player Ronnie O’Sullivan came back from a disheartening 13-11 score line going into the final session of the match but went on to grasp three frames when it really mattered, securing a place in what would be his first World Championship Final appearance in six years. His eventual competitor, Kyren Wilson, prevailed through an even more nail-biting ordeal which ended with a fluky final frame performance from Wilson proving that even snooker can provide an edge-of-your-seat spectator experience.

In comparison, the grand final came as somewhat of an anti-climax; despite O’Sullivan not playing his best in the first session, his opponent was never able to capitalise on this and was soundly beaten on the second day of play. Never far from controversy, earlier in the tournament O’Sullivan bemoaned the perceived lack of young talent in the sport, jesting that he would have to “lose an arm and a leg” to fall in the rankings when compared to younger players; he went on to beat Wilson, 16 years his junior. Nevertheless, O’Sullivan should be praised for his longevity in the sport, having won his first major in 1993 aged just 17. Still in decent form, able to be competitive in the major events and with the uniquely effortless style with which he approaches the game, he’s surely deserving of recognition at the Sports Personality Of The Year awards.

Two sports in which mentality is just as, if not more, important than physicality

Both snooker and golf require sportspeople who can balance stamina and cool-headedness with an ability to perform under pressure and an intense individual drive; for fans this spectacle of skills has an undeniable appeal. Two sports designed for our era, to be played conveniently at ample social- distance. Two sports in which mentality is just as, if not more, important than physicality. Two sports in which one shot can change the course of a match. Two sports in which plucky upstarts can reach the top level and contend with career professionals.

Whilst we await what promises to be a bumper year of sport in 2021, viewers have relived our greatest recent summer of sport through televised highlights of the 2012 Olympic Games whose evocative opening ceremony provided nostalgic escapism during these less than settled times. But if it’s live sporting action you crave, consider opting for a refreshing change of pace.

Featured image used courtesy of david_pics via Flickr. No changes were made to this image. Image use license here.

In article image courtsey of collin_morikawa via Instagram. No changes made to this image.

Eat Out to Lose Weight? The Mixed Messages And Other Issues Of The Government’s New Weight Loss Plan