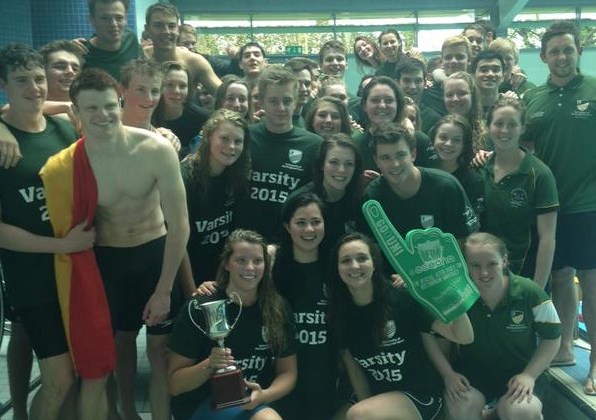 The University of Nottingham (UoN) extended their already unassailable lead over Nottingham Trent University (NTU) to 12-8 with an emphatic 142-72 point win in the Varsity Swimming event, winning 19 of the 22 races on Wednesday.

With the points system based on the results for the A and B swimmers for both teams, 4 for the winner and so on, UoN took the first three races with a A-B one-two in the 4x50m men’s and women’s relay, and the men’s 100m individual medley, before the UoN B swimmer won the men’s 100m butterfly after UoN’s A swimmer seemed to forget it was 100m rather than just 50m. 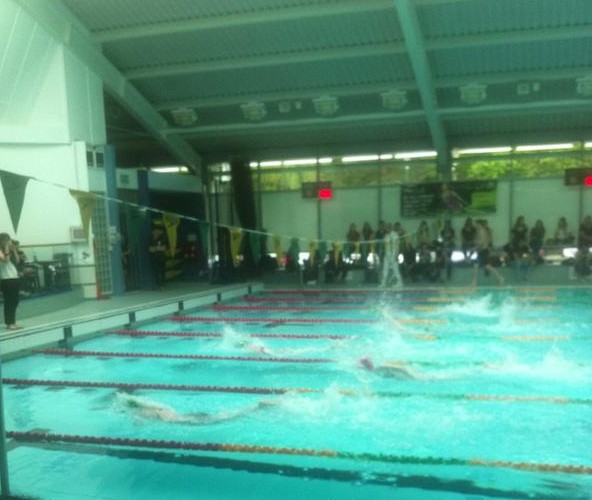 NTU took their second win in the women’s 100m backstroke, but it was still one-way traffic going into the interval, with UoN winning the next two races, the men’s and women’s 50m freestyle to hold a 63-34 lead after 12 races.

NTU won their third and final event in the women’s 100m freestyle, before UoN A took both of the 50m freestyle races to help UoN to 19 of the 22 race wins, and record another emphatic victory in an event that UoN have never lost in Varsity.