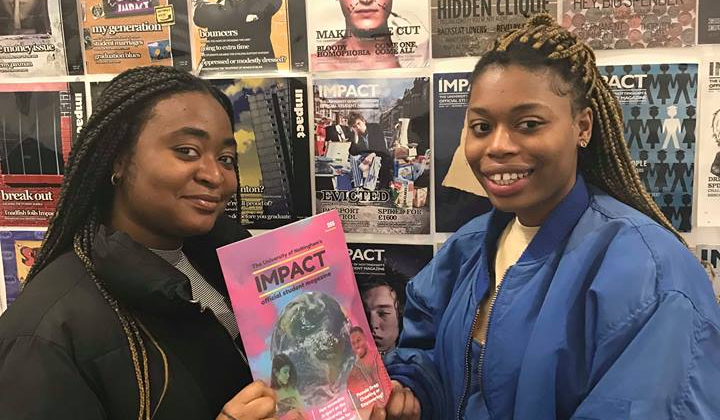 Omolade Osinaike and Bridget Mohammed have been elected as your new BME Officers 2019/2020.

Omolade and Bridget are both happy, relieved and feeling good, they were quite nervous anticipating their results as they were the last ones to be called for the part-time officers.

Their highlight for the campaign, Omolade said that she enjoyed doing the social media campaign because it was great to see the support from friends and family.

The biggest challenge during their campaign was the hectic deadlines that fell this week, including loads of media interviews, Bridget shared that Wednesday was her birthday and most things were happening on that day. Another challenge was the fact that it was reading week and it was hard to talk to people about their campaign on their way to the library.

One manifesto point that they look forward to implementing is decolonising the curriculum and Omolade agreed to state that it is a big big one that they want to work on.

The girls will be grabbing a couple drinks to celebrate their win.