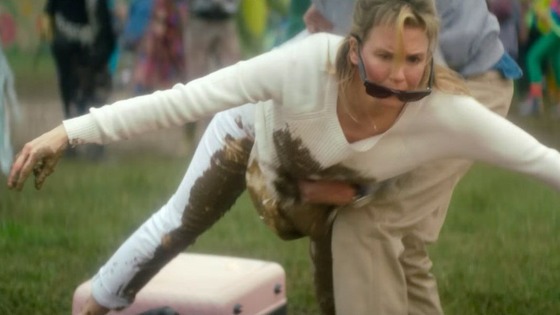 In the third instalment of the highly anticipated movie franchise, Renée Zellweger returns as the beloved Brit and 12 years later, nothing has changed.  If anything it looks like we’ve gone backwards.  The ending to Bridget Jones: The Edge of Reason was a sweet one for fans. We see her grow into and accept herself, whilst finally ending up with Mark Darcy.

As the trailer opens, Bridget is walking down the aisle and it looks like we’re about to see the wedding we’ve been waiting for since the first movie in 2001. But the coming of age story the film’s predecessors set up is undone by the fact that Bridget and Mr Darcy are divorced, and she finds herself in her pokey little flat, single again, with ‘All by Myself’ playing in the background. All our old cast favourites are back, such as Jim Broadbent and Sally Phillips, with the addition of Patrick Dempsey as Bridget’s potential love interest.

Sound familiar? Yes, the plot is exactly the same as the first Bridget Jones only now, the added complication is that she’s pregnant, a plot twist that unfortunately isn’t kept a surprise given the film’s lazy title: Bridget Jones’ Baby. So who’s the father? Both actors look so bored in this trailer, I doubt we’ll care.

Bridget Jones’ brash, scatterbrain personality has always been somewhat counter-cultural. But this time round, it looks like the film is relying on the same slapstick humour, and the odd cameo, to stay relevant.

Bridget Jones’ Baby is in cinemas on September 26th 2016.