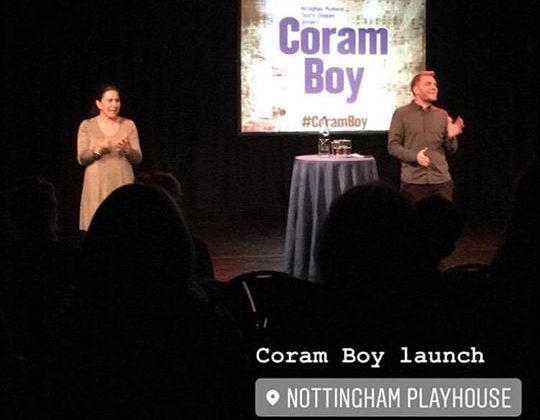 An atmosphere of excitement was gathering in Nottingham Playhouse on 30th January, as some of Nottingham’s greatest community workers and press were greeted by a champagne reception for the launch of Coram Boy, a new community project that aims to open the doors of the theatre to every citizen of Nottingham and the surrounding area.

The play by Helen Edmundson is adapted from the novel by Jamila Gavin, and is set in the eighteenth century when the Coram Hospital for unwanted children was opened. These children were taken from mothers who didn’t have the means or money to raise them, and cared for in the hospital until they could work.

The play follows the children as they navigate this difficult start in life, resulting in a tale of friendship, adventure and betrayal. The opening of the Coram Hospital marks a historical moment when children’s rights were starting to become recognised, something which Charles Dickens subsequently picked up on in his work, and the themes of the play still resonate with today’s society. With 30% of children in the UK living under the poverty line, and the prevalence of modern slavery still in the news, the play highlights and engages with these issues while still remaining a poignant comedy.

This large-scale community project will involve 6 professional actors, and over 100 people from the community of Nottingham, as the Playhouse is aiming to be inclusive of all people to allow everyone to have a creative voice. The play will be directed by the Playhouse’s artistic director, Adam Penford, whose previous project ‘The Madness of George III’ was broadcasted around the world. Penford believes that the theatre has a civic responsibility to its people, the Playhouse particularly as a leading theatre in England, and commissioned Coram Boy to curate a memorable project in the collective memory of the people of Nottingham.

This project is one of the Playhouse’s most ambitious yet, and has the potential to change the community’s perception of theatre and mark a significant moment in Nottingham’s social history. This continues the theatre’s previous work in reaching out to the community, as the Playhouse collaborated with Nottingham City Homes over Christmas to provide pantomime tickets to homeless families in temporary accommodation, which can be a traumatic experience for children and parents alike.

The pantomime provided some welcome relief for families: one mother said her children laughed all the way through; another mother said it was the best panto experience of her life; one family needed persuading to attend because they thought their children wouldn’t understand it, but were so grateful afterwards. With these projects, Nottingham Playhouse is using the power of theatre to bring the community together and strengthen our society. 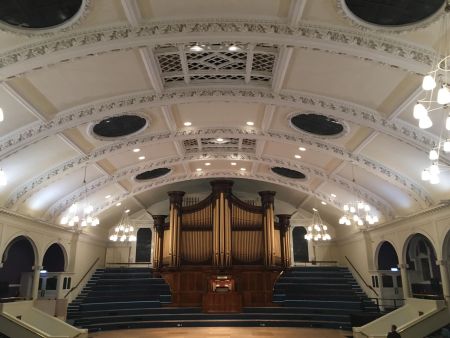 The play will be performed on the evenings of 7th-10th August, with a matinee performance also on the 10th. The performance will be in the Albert Hall in Nottingham city centre, to honour the significance of this project, and the iconic stage gives power to the performance and the relationship between the performers and audience. The production will include music from a choir and the Grade II listed organ within the hall.

Any person over the age of 8 is welcome to get involved, and the process involves submitting a short application form before 10th March, then an attending an informal audition workshop which will be a held at convenient locations throughout the city. Audition workshops will run in March and involve games and script-work, and no preparation is required. People of all ages and backgrounds are encouraged to get involved in this iconic event, which is guaranteed to become a historical snapshot of contemporary Nottingham society. Tickets go on sale 8th March.

Selfridges is the latest fashion brand to ban exotic skins