Selfridges is the latest fashion brand to ban exotic skins

The move is a great ethical choice, and part of a recent trend in the industry. 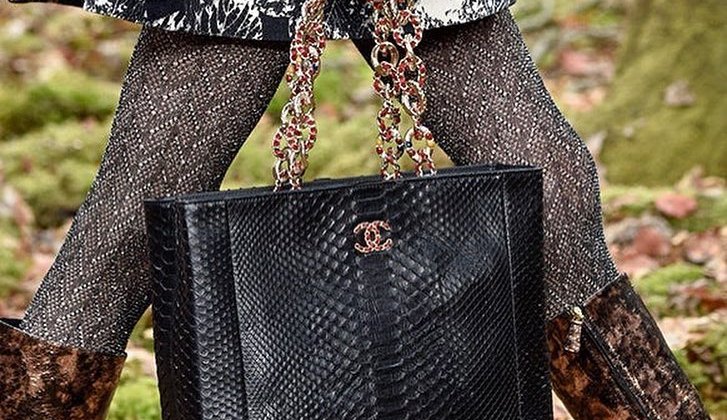 Fourteen years after the department store banned the sale of fur, the ban has now been extended to include exotic skins, starting in February 2020.

The luxury store will still sell leather from agricultural livestock, a move which arguably reduces waste when animals are slaughtered for human consumption. The BBC reported that the ban will primarily impact the retailing of expensive accessories, especially shoes and handbags.

For a brighter future | As part of our commitment to Buying Better, Inspiring Change, we will phase out the sale of exotic skins completely by 2020. Ethics and sustainability are at the heart of all our decisions – to respect our planet and protect our future . . . #Sustainability #BuyingBetterInspiringChange #BuyingBetter #InspiringChange #SustainableFashion #FurFree #ExoticSkinFree #Selfridges

Sebastian Manes, Selfridge’s buying director, explained that the brand made the decision to ‘continue in our ambition to inspire our brands and customers through thoughtful, ethical, and transparent buying strategies’, a move which calls into action other fashion houses to possibly reconsider their use of furs, skins, and other animal products.

The iconic crocodile skin handbag, once a sign of wealth and high-fashion, may become a relic of the past. Alongside crocodile, other skins that will be banned include python, alligator, and lizard skins. Selfridges also made headlines in 2015, removing single use plastic water bottles from sale, and since 2019 they have recycled plastic bottles by turning them into clothes bags.

This is part of a wider trend, it seems. In December, Chanel made history as the first luxury fashion house to stop using exotic animal skins, a move which Bruno Pavlovsky, the company’s head of fashion, said was because skins has become harder to source ‘ethically’. Victoria Beckham banned exotic skins earlier this month.

The Ellen MacArthur foundation released a report in November 2017 detailing the effects of the fashion industry on the earth, highlighting the impact of fast fashion and unethical and illegal material sourcing. Read Millie’s article on the consequences of fast fashion to find out more, or check out Anya’s piece on ethical jewellery brands, and Kateryna’s investigation into ethical makeup.

Slaughter-free meat: a sci-fi nightmare or an innovative solution?