Historically Adequate? The Importance Of Period Accuracy In Costume

Whether it’s the raunchy kilts of Outlander or the leather armour in The Musketeers, there is always some debate about the accuracy of period costume.

This is sometimes down to a lack of information about certain periods, but is also often due to the negligence of designers. There has to be an allowance for a degree of artistic license in all elements of art but, in costume, when all historical accuracy is abandoned, period drama can lose its authenticity. What is the perfect balance between historical accuracy and artistic interpretation? What makes a costume ‘historically adequate’?

It seems that often, designers have an urge to modernise costume choices despite other more historically naturalistic elements to the production

In the Amazon Prime series The Great, starring Elle Fanning, the costumes stray from accuracy almost as much as the script. However, this show is a wonderful example of costume designers bending accuracy in an imaginative and impactful way. Specifically, Fanning’s gown in episode ten, the climax and finale of the series. This dress is a typical robe englaise and everything about the cut and silhouette of the gown is entirely eighteenth century. However, where the deviance lies is in the colour of the dress, which is bright fuchsia. Dye in this shade was not invented until 1859 when synthetic dyes became available and this was almost a century after Catherine came to the throne.

However, the colour of this dress was integral to the whole atmosphere of the episode. The Empress of Russia attempts to overthrow her husband to become queen herself and she is at the centre of a political battlefield. The colour seems to symbolise Catherine herself: powerful, wealthy, independent. Designers had refrained from using anything close to it throughout the series (as per historical accuracy), which made the gown stand out even more. There were many choices that I didn’t agree with in the costume throughout the series, but this is an example of how straying from accuracy can be entirely necessary and supplementary.

The script of The Great and every other element of its production are so stylised, that, in combination with a silhouette that is loyal to the period, make for a very tasteful example of historical deviance. A similar lens can be used to analyse the costume in Lin Manuel Miranda’s hit musical, Hamilton. Historical cut, such as sleeves being placed further back on the bodice to improve posture, would make the choreography and movement in this show almost impossible, just as fully-boned stays would do for singing. In this case, practicality makes historical accuracy impossible, but the design for Hamilton strays from accuracy in a beautiful way. 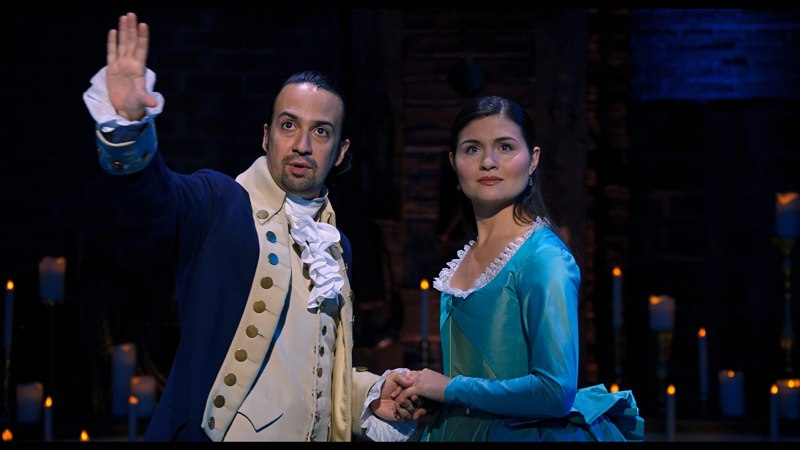 The core silhouettes are, again, completely loyal to the period. This means that, although the show is completely stylised in every other way, costume is used as one of the only indicators that the story is set in the past. Even the ensemble costumes, primarily designed as undergarments from the era, are not what one would have worn outside but nevertheless add to the ‘stripped back’ aesthetic of the scenery. Furthermore, the designers utilise the costume to show time passing. The women’s waistlines rise and skirts lose their volume in keeping with the style of the Regency era, as the men’s jacket fronts shorten and collars heighten. This is something that many costume designers neglect to do. The 2019 adaptation of Little Women had a somewhat confusing chronology that could have easily been fixed with more attention to the contrasting silhouettes of the two different time periods.

Dressing characters in less alien fashions, regardless of accuracy, makes them more relatable

Something that happens a lot throughout period drama and isn’t technically inaccurate but is somewhat bending the rules is the how female protagonists are dressed. Whether it’s Catherine the Great, Elizabeth Bennet, or Lily James in Cinderella (2015), designers always seem to err on the side of simplicity. Using The Great as an example, again, Catherine dresses in a much more understated way than the other women at court. She never wears a wig, her gowns are usually a block of one colour with few embellishments, and you never see her wearing the bizarre Georgian makeup of the period.

Similarly, in Pride & Prejudice (2005), Elizabeth is always dressed in neutral, earthy tones and her gowns are much simpler than the pastel tones of Lydia, Kitty and her mother. Dressing characters in less alien fashions, regardless of accuracy, makes them more relatable and also contributes to the characterisation of female protagonists who are often more forward thinking than their fellow characters. 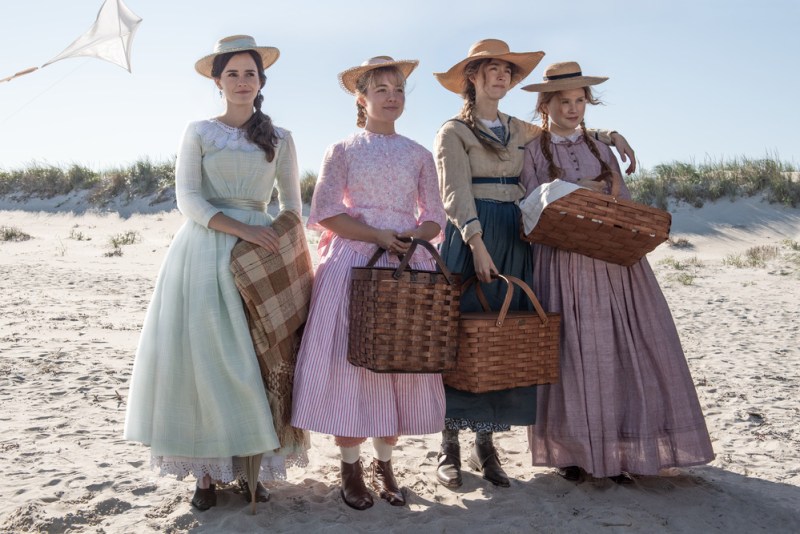 The same can be applied to the lack of women’s hats and bonnets in almost every post-millennium period drama. Practically up until the First World War, for a woman to appear in public without some sort of head covering would be considered improper. Yet they are distinctly absent in the vast majority of films. This, combined with designers’ preference towards modern hairstyles, may be something to do with how relatable characters are. Sometimes characterisation or stylisation justifies straying away from complete historical accuracy, but it seems that often, designers have an urge to modernise costume choices despite other more historically naturalistic elements to the production.

I’ve written a whole article about the thrifty attitude our ancestors had towards clothing, but this is something that costume designers seem to completely ignore. Even the wealthiest of characters would only have had limited wardrobes, and re-wearing clothes would have been the norm. Films and series that see characters in a new costume for every scene are just not paying attention to the practices of the past. This is especially true when applied to the younger Bennet sisters in Pride & Prejudice and even more so to the March sisters in Little Women, as much of what they wore – in a poorer family – would have been hand-me-downs from the older sisters. For their styles to vary as dramatically as they do just does not make sense historically.

There is absolutely nothing historically accurate about that iconic yellow dress; it seems to say more 2015 Debenhams that 18th century rococo 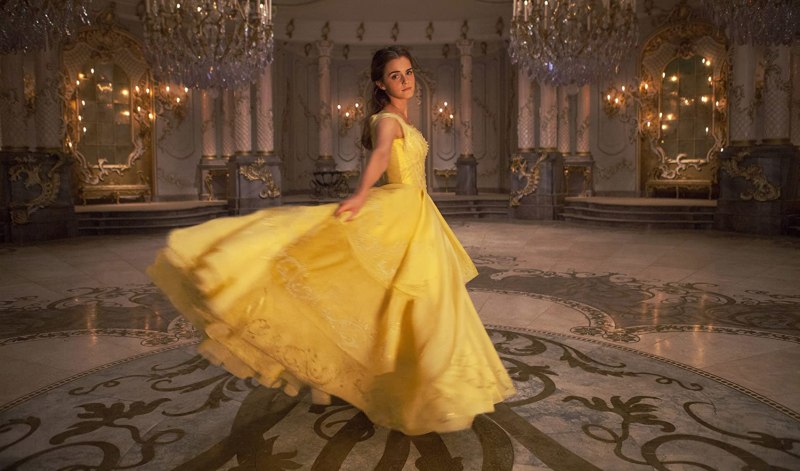 Disney is another kettle of fish. The aforementioned live action Cinderella had a charming approach to period costume. The design borrows from multiple different eras, from 1840s to 1940s and everything in between which creates a magical historical ambiguity. However, Beauty and the Beast (2017) does this much less successfully. Almost everything in this film points to a baroque setting – the interior design, furniture, most of the costumes – but this is completely abandoned when it comes to Belle’s dress. There is absolutely nothing historically accurate about that iconic yellow dress; it seems to say more 2015 Debenhams that 18th century rococo. There isn’t even an allusion to the correct period. This seems like a far less tasteful example of straying from historical accuracy.

Historical accuracy is often not the most important thing for designers to consider when creating costumes for film and theatre. Costume is one of the most important elements of design for characterisation, and this often must be prioritised over complete historical accuracy. As well as this, practicality always has to be considered and often, particularly in very stylised pieces, costume must conform to a certain aesthetic. However, the most successful deviances from historical accuracy always harness the key elements of the period, usually through silhouette. The least tasteful of attempts at historical costume are the ones that abandon all allusion to a period altogether. The best designers manage to find a perfect balance that makes a piece believable, but with a touch of added magic.

How Long Will The Curtains Of The West End Remain Closed?

From Nutrients To Nuggets: The History Of Schools Meals