September Book Of The Month: Jonathan Strange And Mr Norrell 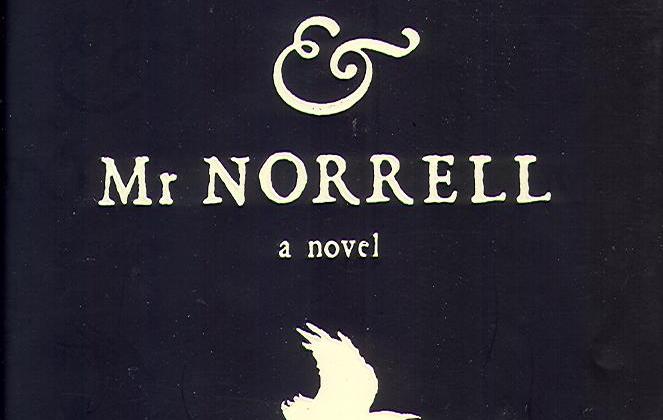 September’s book of the month, Jonathan Strange and Mr Norrell by Susanna Clarke, is an almost miraculous novel. It feels diminutive to even call it one. It’s a book that bursts with stories to tell, in fact it has sprung several dozen leaks; in the form of footnotes (often fully cited) that last a courageously long time and often branch out into short stories of their own.

I don’t know how much of this universe author Susanna Clarke had mapped out, but whenever she reveals another morsel of information – whether in conversation, footnote, or otherwise – you’re always left with the feeling that there’s more where that came from, and you’re hungry for it.

Yes, Strange and Norrell is more than a novel: it is a spell that is cast over you, or a world that is draped over our own. I often hear chat about the kinds of book that you get lost in or that become a friend whom you are sad to leave. Strange and Norrell will be that book for me for a long time. Almost every facet is masterful.

I started this book two months ago, and it has been a good friend to me through the pandemic. These 1,000+ pages are a portal into a quaint, magical, and mysterious alternate 19th century that I found truly enchanting. Strange and Norrell is a cosy wad of paper to pick up and lose yourself in that is simultaneously comforting and challenging.

Clarke’s prose is strongly reminiscent of 19th century novelists such as Dickens (I also hear a lot of comparison to Austen, but I’ve never read anything of hers), which to me is the literary equivalent of a large and comfy sofa. Sentences and paragraphs take their sweet time meandering this way and that, but you never find yourself wishing they’d hurry it up. Clarke’s witty, atmospheric language more than earns its keep and I love how confidently it follows this traditional form of storytelling.

Englishness is at the core of this novel – and that doesn’t just mean Londonness either, thankfully. Through characterisation and lore you explore different parts of the typically ‘English’ person, the relation between the English and other European countries, and the relation between the English of the north and south (northerners come off as better, obviously). This is often amusing, because English people are fun to laugh at, but the nation is definitely viewed fondly by Clarke/the narrator.

As in real life, nobody behaves entirely consistently

That said, there is no character that doesn’t demand at least a little effort from you in order to like. As in real life, nobody behaves entirely consistently. Strange is a brilliant magician and a charming man, but he is also arrogant and often hopelessly unaware of everything except the task in front of him. Norrell is equally skilled, but is also a secretive, timid homebody – at least one of those is not a typical magician quality. Between these characters and others, allegiances change, decisions are made that are, quite simply, the wrong ones, and we wince through it all – eager to see what happens next.

In light of the stellar work Clarke does with most characters, it’s a shame that two of the novels most prominent female characters are fridged for a large portion of the novel: they are incapacitated and transformed into plot devices to motivate other (male) characters’ actions. It’s not as bad as in some other pieces of media, since the situation here isn’t quite as simple as the term I used makes it out to be. Still, it is disappointing that Strange and Norrell’s female characters get very little to do that isn’t in relation to the men around them.

The latter part of Strange and Norrell is a great work of narrative pacing. Though the book’s climax seems to last for about a hundred pages, things somehow progress at a consistently interesting rate the whole way through (the only time I was even close to bored through the whole novel was about 400 pages in, when Strange is first in Europe). The mind boggles at how this is achieved. Magic, surely. Either that, or a little bit of madness. Or maybe, they’re two sides of the same coin. In Strange and Norrell’s world at least, it certainly seems that way.

Featured image courtesy of Sdobie via Flickr. Image license found here. No changes made to this image.

The Crisis In Catalonia Is One We’ve Seen Before

How TikTok Has Influenced Gen Z Style During Lockdown