A recent survey by fuel brand JET asked 2000 drivers to rank their favourite UK road trips and, unsurprisingly, the Lake District ranked first. I was fortunate enough to go with my family this August.

For the last 25 years, my dad has celebrated his birthday weekend by going on walking holidays in the Lake District. Before I went to secondary school, The Lake District had a mythical quality, and represented a fantasy land full of elves, pixies, and magic. After starting Year Seven, it became a family in-joke about an imaginary affair. I mean, what else could lure someone to leave at four in the morning for a five-hour drive for your birthday? The answer is the most staggering national park that England has to offer.

Flanked by dry stone walls and climb up into misty fells

Following the M6, the foothills creep up on you stealthily. The main road through Windermere is a twining artery that traces the lake’s edge and provides panoramic shoreline views. Here, the valleys are sloping and expansive. Narrow country lanes lead off from the main road like capillaries. They are flanked by dry-stone walls and climb up into the misty fells.

One of these lanes took us to The Queen’s Head, Troutbeck, a cosy inn with a large hearth that also did a mean steak and chips. They also served a really tasty local ale called Wainwright, named after the revered author and cartographer who mapped the National Park. Happily, I just discovered they sell it in the Aldi in Radford.

We stayed in a holiday home above Dove Cottage, where William Wordsworth lived and worked, skirting the village of Grasmere. Beatrix Potter’s beautiful Hill House is just down the road in Near Sawrey too. The scenery is inspirational. Just ask Taylor Swift, whose bonus track the lakes on her new album was inspired by the region.

The Wordsworth museum, under COVID regulations, was a strange experience. Guides wore visors and we were only allowed in the dark, low-ceilinged rooms for five minutes max. If you’re not big on books, Grasmere is also famous for its unreal gingerbread. 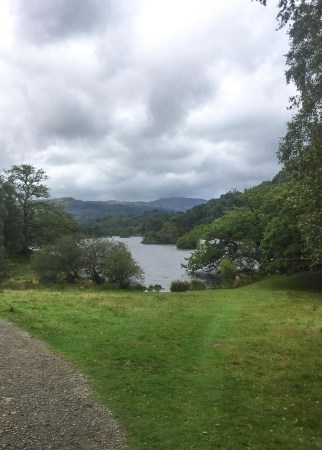 My favourite walk was called The Coffin Route, a road used in medieval times for pallbearers to carry their dead six kilometres (!) from Ambleside to St Oswald’s Church in Grasmere, where Wordsworth is now buried. It was marked by waterfalls, ducks and small islands, though was rather teeming with fellow walkers.

Another local delicacy is Kendal Mint Cake: a peppermint sweet served in any one of the quaint tea rooms that populate the limestone Cumbrian towns. Be prepared, though, as one of these may cost an arm and a leg.

More recently, my brother and his mates camped in Buttermere. There were fewer people, and crucially the weather held out. Here, in the north of the national park, the landscape is more rugged. The valleys are deeper and the crags are, erm, craggier. Scafell Pike is the highest point in England and Wast Water is the deepest lake. 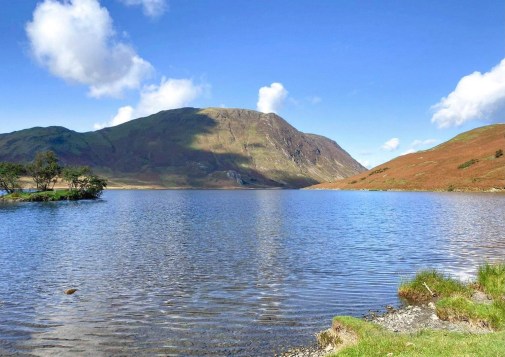 Driving is the best way to do the Lake District in the age of coronavirus. Driving is practically the only way to get around, and the slaloming roads providing a healthy challenge to drivers. I’d advise going to campsites are affiliated with local farms, as this would directly support their businesses.

When I asked my dad for a quote on his favourite things in the Lake District for this article, he took a few moments to answer. He loves Striding Edge, the testing narrow ridge on Helvellyn where walkers are exposed to the elements and sheer drops to crystal lakes. He said that the best drive was Kirkstone Pass. The steepest mountain pass, it is known by locals as ‘The Struggle’ and opens out onto the idyllic Brothers Water.

He also said that the locals were very welcoming. This was exactly my experience too. However, given the family in-joke, I hope that he didn’t mean it in another way.

In-article images courtesy of Joseph and Eddie Holmes-Milner. No changes were made to these images.